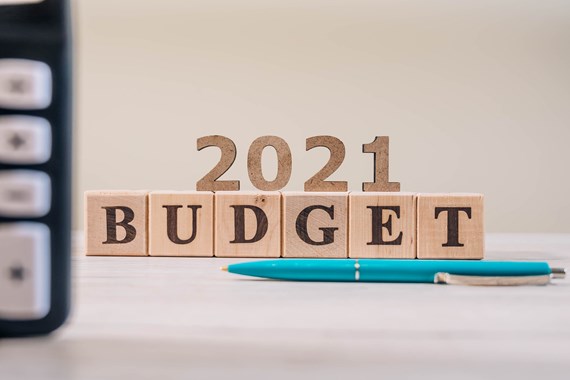 The Budget 2021 has confirmed that the furlough scheme is being extended until the end of September 2021.

In his Budget statement on Wednesday 3 March, the Chancellor Rishi Sunak, announced that the furlough scheme will continue to pay 80 per cent of employees’ wages for unworked hours for another six months (subject to a cap of £2,500 per month). Employers will be expected to contribute towards wage costs from July 2021, once the economy starts to re-open.

In this blog, we look at what we know about the detail of the extended furlough scheme, along with other Coronavirus employment-news, including the continuation of work from home guidance and the postponement of enforcement of gender pay gap reporting.

Although we should expect updated guidance in due course, here is what we currently know about the extended (re-extended?) furlough scheme:

It is a strange thought that the furlough scheme (or Coronavirus Job Retention Scheme to give it its proper name) did not feature in the Budget this time last year. Yet just a few short weeks later, it was put in place at breakneck speed, originally until the end of May 2020. We have now learned it will continue until 30 September 2021 – a total of 18 months, compared to the original expectation of just three.

In December, the furlough scheme was extended until 30 April 2021. That this has now been extended again is not a surprise (and I’m not just talking about the fact that it was announced in the press a day before the Budget). Since the introduction of Tier 4 before Christmas, and the January lockdown, it has been clear that additional financial support would be required to prevent large-scale redundancies if the scheme ended with a “cliff edge” in April. This view was only reinforced when the government announced its “Roadmap out of lockdown”, confirming that restrictions would continue until at least June 2021.

The Chancellor’s approach up until now has been to extend the furlough scheme in fits and starts, a few months at a time, often with very little notice (remember plans for a Job Support Scheme, only for it to be shelved and the furlough scheme extended just five hours before it was due to end). To extend it by another five months now is a bold move in comparison, and suggests real concern about the risk of steep rises in unemployment without additional support. It shows a recognition that if businesses are to survive and emerge successfully out of the Coronavirus pandemic – and importantly hold onto staff while doing so – they are going to need a financial buffer to assist with staff costs while they get back on their feet.

Further job support from the budget:

In other Covid-related news:

If you require further information about anything covered in this blog, please contact Rachel Lewis, Amy Wren, or your usual contact at the firm on +44 (0)20 3375 7000.