The Supreme Court has today upheld the decision of the High Court and confirmed that the Government must obtain the approval of Parliament before it can give notice to withdraw from the European Union pursuant to Article 50 of the Lisbon Treaty. The judgment brings an end to the legal dispute over the extent of the Government's powers to implement Brexit.

The Supreme Court decision follows an appeal against the ruling of the High Court of 3 November 2016 in which the Government was defeated.

In the High Court case, the two claimants (Gina Miller and Deir Dos Santos) had successfully challenged the Government's presumption that Theresa May had the power to invoke Article 50 without a vote in Parliament. The basic premise of the claimants' argument was that the Government did not have sufficient authority to decide alone to withdraw from the EU and to unravel rights under EU law which had been incorporated into domestic law. The High Court accepted this argument, and agreed that the proposed course of action would undermine Parliamentary sovereignty.

The appeal hearing took place over four days in early December 2016 before all eleven Lord Justices of the Supreme Court, something which has not happened since 1876.

By a majority of eight judges to three, the Supreme Court found that:

What will the Government do next?

There is no right of appeal against the decision of the Supreme Court. The Government must now obtain Parliamentary approval before invoking Article 50. It must do this by passing a new Act of Parliament which will require the approval of both the House of Commons and the House of Lords.

Having publicly committed itself to a 31 March 2017 deadline through the Commons vote last year the Government has just over nine weeks to explain exactly what Brexit will mean in practice, to disclose details of its negotiating strategy, and to persuade both the House of Commons and the House of Lords to vote in favour of its plans.

Ministers will want to keep to that time frame and it has been suggested that a short bill which is narrowly focussed on Article 50 and difficult for MPs to amend could be rushed through Parliament. However, some commentators have expressed concern at the potential for future legal challenges if a shortform bill (and future Act of Parliament) does not clearly spell out the detail of what Parliament has consented to.

Since the decision was announced, a spokesman for the Prime Minister has reiterated the UK government's commitment to triggering Article 50 by the end of March this year, which indicates an intention to seek Parliamentary approval in the next two months.

Could this derail Brexit?

It's unlikely that when a vote takes place MPs (or indeed the members of the House of Lords) will block the triggering of Article 50 and the commencement of the Brexit negotiations. Whilst there will no doubt be calls for transparency, and heated debate over the precise language of the Brexit bill, most MPs have already said they will respect the outcome of the referendum and will support the bill when it comes to be passed.

In the unlikely event that the House of Commons rejects the Government's Article 50 legislation, the Government may call a second referendum specifying exactly what would happen in the event of a further vote to leave, in order to put itself on a more certain political and constitutional footing. Alternatively, the Government could call an early general election, and a new Government will be voted in on the basis of manifestos which deal explicitly with Brexit and thus with a clearer mandate. 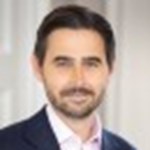