Brexit – Will it Affect Public Procurement?

The UK's public procurement regime is governed by a number of UK regulations, each of which implements a corresponding EU directive. For the time being and while the UK remains a member of the EU, UK public bodies will continue to be under an obligation to comply with these EU directives as implemented into UK legislation. The extent to which such UK implementing legislation would need to be revised following the UK's exit from the EU will depend on what type of relationship the UK will have with the EU going forward: in particular, to what extent the UK is able to maintain access to the EU's internal market.

At their core, the EU procurement directives are designed to give weight and substance to some of the key principles of the Treaty of the Functioning of the EU, in particular the free movement of goods, freedom of establishment and the freedom to provide services. If the UK wishes to maintain access to the EU's internal market then it is hard to see how the UK would not be required to fully embrace these principles, including by continuing to comply fully with the EU procurement directives. This is the approach that has been adopted by Norway and other members of the EEA that are not also members of the EU. In signing up to the EEA Agreement, these non-EU member states have to commit to complying in full with EU legislation that affects the single market (which of course includes the procurement directives).

If the UK is unable or unwilling to maintain access to the single market post-Brexit then the possibilities become more varied, with revisions to UK procurement legislation depending on policy choices such as whether the UK will remain a member of the World Trade Organisation's Agreement on Government Procurement (the GPA). If it did remain a signatory, and while this doesn't automatically require compliance with EU procurement rules, UK public bodies would still be required to follow relatively rigorous procurement procedures in order to give UK suppliers access to other government's procurement markets.

At a domestic level, and while we appreciate that the post-Brexit political landscape may look very different to now, it is noteworthy, we think, that the UK government is currently in favour of public bodies complying with the EU procurement directives, as doing so complements an overriding policy requirement that all public procurements must be based on transparency and securing value for money. The procurement regime has also been used by the UK government as a means of supporting economic growth through better access to public contracts for SMEs. Indeed the UK government, in implementing the most recent EU directive on public procurement, added further requirements, above and beyond those required at an EU level, on public bodies to comply with when tendering for relatively low value contracts in order to promote SME access. For these reasons, and more we consider it highly unlikely that the UK would dispense with procurement legislation all together. 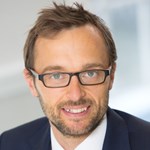