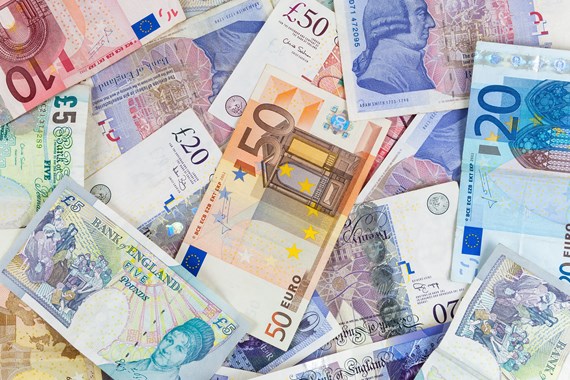 After a rather tortuous process of separation, Brexit was finally completed with effect from 11pm on 31 December 2020 when the transition period between the EU and UK ended. However, as with many relationships, this is not the end of our dealings with our former partner. In this article we cover (i) the (very limited) coverage of financial services in the UK-EU Trade and Cooperation Agreement and look at the joint declaration on financial services and expected memorandum of understanding (ii) provide an update on the key topics of equivalence and delegation, and (iii) we look at the domestic regime including our temporary permissions regime and the onshored EU legislation.

1.1 To the relief of both sides the Trade and Cooperation Agreement (TCA) was agreed between the EU and the UK on 24 December 2020. However, the TCA includes only very limited provisions on financial services. This was perhaps no great surprise but given the importance of financial services to the UK economy it was still disappointing that no progress had been made on key areas such as equivalence with references to this subject delegated to the non-binding declaration on financial services.

1.3 Perhaps the most important provision for financial services, and which was not limited to the sector, was the grace period of up to six months for data transfers to the UK, giving the EU time to pass relevant legislation to grant the UK data adequacy. Please refer to our articles “International data transfers: EU-UK trade deal means EU personal data still flows freely to the UK (for now)” for further information in this regard, and we note that the EU has now decided to grant the UK an adequacy determination.

1.4 The TCA was notable for what it does not include:

Joint Declaration on financial services and the expected Memorandum of Understanding

1.5 At the same time as the TCA was published, the UK and EU also published a number of joint declarations, which in comparison to the TCA are not legally binding, including one covering financial services.

1.6 In the declaration covering financial services, the UK and the EU agreed to establish structured regulatory co-operation on financial services. The stated aim being to establish a durable and stable relationship between the UK and the EU autonomous jurisdictions, based on a shared commitment to preserve financial stability, market integrity, and the protection of investors and consumers. This appears positive and confirms that the parties will:

1.7 The parties also committed to agree by March 2021 a Memorandum of Understanding establishing a framework for cooperation and that the parties will discuss how to move forward with equivalence determinations.

1.8 From the UK perspective having a structured framework for cooperation is potentially helpful but the commitments as regards the equivalence decision process were pretty weak. One of the main concerns about relying on a framework for cross border business based on the concept of equivalence are that these decisions can be politically motivated and can be removed or not renewed unilaterally and on very short notice. If we only get continued discussion this is not going to take us much further forward.

2.2 Under MiFID, if equivalence is granted by both the EU and the UK in respect of each other, firms will, subject to certain other conditions, be able to provide cross-border services into the EU (for UK firms) and into the UK (for EU firms) to eligible counterparties and per se professional clients.

2.3 The UK wants a clear structure and process in place regarding equivalence decisions. The UK government has put in place a framework from the UK perspective with decisions being made by HM Treasury following input from the UK regulators and has published a guidance document and memorandum of understanding between HM Treasury and UK regulators. The UK framework makes clear that although any equivalence decisions will not be permanent a decision to revoke equivalence will be a last resort following consultation and discussion.

2.5 We will have to wait and see whether over the coming months progress is made on this important topic. In our view we should hope for the best but plan for and anticipate the worst in that equivalence decisions for the UK may be a long time coming and may not materialise at all. In the words of the UK’s previous EU financial services commissioner in relation to the EU “why would they?”.

2.6 In the absence of an equivalence decision by the European Commission, member state regulators may themselves deem the UK’s financial services regime equivalent to their own. Indeed, the Luxembourg regulator, the Commission de Surveillance du Secteur Financier (CSSF), published a press release on 24 December 2020 which confirmed the publication of CSSF Regulation No 20-09 (which amended a previous Regulation on the equivalence of certain third countries) to include the UK in the list of jurisdictions deemed equivalent for the application of the national third country regime.  This means that UK firms will be able to provide investment services or activities as well as ancillary services “in” Luxembourg to eligible counterparties and per se professional clients without setting up a branch in Luxembourg.  To benefit from the regime, a third country firm needs to complete an application to the CSSF.

3.1 One of the key “cliff edge” risks related to Brexit for financial services was in relation to delegation and fortunately this was resolved prior to the end of the transition period.

3.2 The UK is a key provider of investment management services and such services are often delegated to UK firms from firms in the EU. In order for these delegation arrangements to continue under AIFMD, UCITS and MiFID II, memoranda of understanding needed to be in place.  On 1 February 2019, it was announced that the necessary multilateral memorandum of understanding (MMoU) between the EU securities regulators and the FCA had been agreed. Further, on 17 July 2020, ESMA, EU national securities regulators and the FCA confirmed that this MMoU remains relevant and will come into effect at the end of the transition period.

3.3 However, this is not an area for complacency as delegation is in the sights of the European Commission as part of the AIFMD review. ESMA indicated in a letter in Summer 2020 on the AIFMD review that this was an area where in its view additional clarifications are needed, in particular that it sees merit in providing additional clarifications in the AIFMD and UCITS frameworks with respect to delegation and substance requirements.

4.3 The Financial Conduct Authority (FCA) in the UK has its own temporary permissions regime (TPR) which subject to a notification having been made to the UK regulators before the end of the transition period, allows EEA firms which had previously had a passport to continue to operate in the UK within the scope of their permission for a limited period of time (allowing them time to exit the UK market or apply for FCA authorisation when allocated a “landing slot”). The UK’s TPR also enables various EEA funds to continue to be marketed in the UK for a limited period.

4.4 In each case, firms and funds were required to notify the FCA that they were entering the TPR by 30 December 2020. For those EU firms that did not enter the TPR in the UK, the UK introduced the financial services contracts regime allowing those firms which previously operated under a passport to continue to service existing contracts (but not to enter into any new contracts).

5. EU regulations have been onshored in the UK

5.1 The European Union (Withdrawal) Act 2018 (Withdrawal Act) provided the framework that allowed the UK Government to transform EU regulations into UK law to ensure that the UK statute book worked effectively following the end of the transition period. Section 3 of the Withdrawal Act noted that:

5.3 To ensure that the on-shored EU regulations work from a UK perspective, section 8 of the Withdrawal Act allowed for regulations to correct deficiencies in retained EU law. These regulations may be made for up to two years beginning with IP completion day.

5.4 For financial services firms, the onshoring of EU regulations mean that regimes such as AIFMD, UCITS and MiFID II have now been onshored in the UK and amended to make them work from a UK perspective. For example, the Alternative Investment Fund Managers (Amendment) (EU Exit) Regulations 2019 amends the definition of an alternative investment fund (AIF) such that an AIF is any investment fund that is not subject to the UK UCITS regime and a UK alternative investment fund manager (AIFM) will only be required to report on portfolio companies and comply with the restrictions concerning asset stripping when it acquires control of a UK company, as opposed to an EU company. EEA UCITS will be defined as AIFs (however, pursuant to amendments introduced via the Markets in Financial Instruments (Amendment) (EU Exit) Regulations, EEA UCITS will be treated as non-complex financial instruments so they can continue to be sold to retail investors in the UK without a client undertaking an appropriateness test).

5.5 In addition to the onshoring statutory instruments, the FCA and the PRA have made extensive amendments to their rulebooks, updating them so that they are effective after the end of the transition period. A basic example of this is that the FCA Glossary now contains definitions for a “UK AIF”, a “UK AIFM”, the “UK AIFM regime”, a “UK UCITS” and a “UK UCITS management company” in line with the onshoring regulations.

6.1 Prior to the end of the transition period, many firms in the UK and the EU had put in place contingency measures to ensure a smooth transition and where possible, continued access to respective UK and EU markets.

6.2 Now is the time for firms to consider the future – looking ahead of temporary regimes, and considering upcoming changes to law (such as the Financial Services Bill) see our article here and any future equivalence decisions that may be granted in respect of financial services as between the EU and the UK. 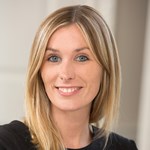