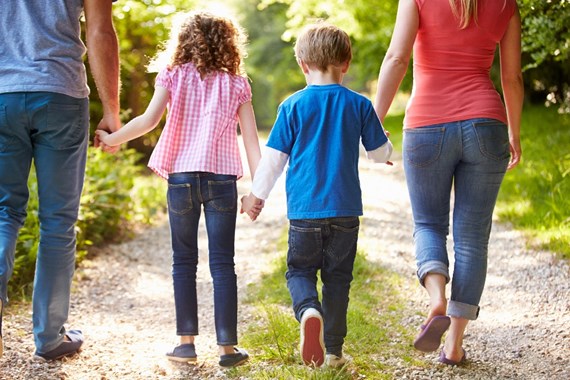 In a recent rather shocking judgment a Miami court has just ordered that Theresa Greene, an emergency room doctor, will temporarily lose her joint custody of her four-year-old child due to the risks arising from her working with coronavirus patients. The emergency order has granted her ex-husband full custody of their daughter, who previously shared joint custody with Dr Greene with time divided equally between both parents.

This temporary suspension of joint custody has wide-reaching consequences. Clearly, on the surface, the order appears draconian. Depriving an emergency room doctor of the care of her only child could clearly cause personal anguish to the mother; a doctor working so hard to save lives, and emotional harm to the child. No one knows how long this pandemic will last – but six months, for example, in a four-year-old’s life is evidently a significant and formative period of time. According to the order, Dr Greene is to be “provided future make-up timesharing for each day missed”, but of course compensation time does not properly make up for time lost, as the time lost in a child’s life is irreplaceable.

Not everyone finds this so shocking. Some American lawyers are on record saying that it’s in the child’s best interest not to be spending time with a mother who is exposed to patients suffering from coronavirus.

So far we have not yet seen a similar reported case made in England and Wales, although media coverage did focus on the story of an NHS doctor and single mother voluntarily changing their children’s care arrangements after losing access to childcare. In order to continue fighting the pandemic, the daughter lives with the mother and the son with the ex-partner – due to the lockdown, the children may not be together for months. The parties in this were able to be named, because there were no court proceedings.

The publishing of the Miami judgment thus also serves as an interesting reminder of how different countries deal with publicity in children cases. In this article we will consider this in the context of the coronavirus crisis.

The position in England and Wales

In England and Wales it would not have been possible, without a specific court order permitting it, for this judgment to be circulated in a way which would identify the people involved. Section 97 of the Children Act 1989 (‘the Children Act’) effectively provides for the child’s anonymity; and it would be quite difficult for someone to consider publishing the mother’s identity without that being likely to identify the child as being involved in the proceedings.

Section 97(2) of the Children Act provides:

No person shall publish to the public at large or any section of the public any material which is intended, or likely, to identify (a) any child as being involved in any proceedings before the High Court or the family court in which any power under this Act or the Adoption and Children Act 2002 may be exercised by the court with respect to that or any other child; or (b) an address or school as being that of a child involved in any such proceedings.

In addition, Section 12(1) of the Administration of Justice Act 1960 states:

The publication of information relating to proceedings before any court sitting in private shall not of itself be contempt of court except in the following cases, that is to say (a) where the proceedings (ii) are brought under the Children Act 1989.

In light of our legislation and the linked caselaw, the naming of the parties in the Miami judgment is therefore very unusual. However, given the huge public interest in not only the pandemic but also the NHS workers this raises an interesting question, namely should the families and consequently the children of these workers involved in any current family court disputes be identified? Depending on the situation, perhaps. The public needs to have confidence in the work of the courts. This can in part be achieved by greater openness; by subjecting the decisions of judges to public scrutiny. It is obvious that the coverage of the above story carries far more weight and far greater public interest by naming the mother and including a photograph. The story becomes real.

Yet our approach to date still tends to believe that children proceedings should be anonymised for the benefit of the children; that publicising details will be detrimental to their welfare.

A need for greater transparency?

When determining what may or may not be reported, this Court must carry out the familiar “ultimate balancing test” between the competing rights under the European Convention on Human Rights of the parties and the Media (Re S (A Child) [2004] UKHL 47 at [17]); within that balancing exercise, “the child's best interests are not paramount but rather are a primary consideration. Those best interests must accordingly be considered first, although they can be outweighed by the cumulative effect of other consideration.” (H v A (No. 2) [2015] EWHC 2630 (Fam) at [30])

The courts and judges thus must, in essence, balance two competing and sometimes vehemently opposing principles: private family life versus the public interest open justice. On the one hand lies the private, sensitive and often very personal details of family life and the need to protect the child’s welfare, whilst on the other the public interest in knowing not only how justice is administered but also the actual details of the particular case including the family’s identity. Moreover, there is the risk that not to publish increases the perception that the family courts appear cloaked in secrecy, concealed from the public but able to make important lifechanging decisions.

Publicising decisions would encourage public discussion and debate and therefore more trust in the process. This is more relevant than ever with the rise of social media and “fake news”. Even if the mainstream media do not identify such families it is almost impossible to police and regulate what appears on social media. In recent years we have seen that you cannot prevent the spread of misinformation on social media platforms, but public judgments identifying families would at least provide a counterweight in this regard and make the accounts real. Judgments that do not identify the families by name are by their nature less interesting to the public.

Increased public discourse and media debate both act as a check on the courts, keeping them more accountable. Furthermore, in extremis and to quote Munby J, as he then was, “publicity, whether in the courts, the press, or both, is a powerful deterrent to abuse of power and improper behaviour." (Norfolk County Council v Webster & Ors [2006] EWHC 2733 (Fam) at [22], Munby J citing Brooke LJ in Exp Guardian Newspapers Ltd [1999] 1 WLR 2130 at [39])

There are numerous other situations where the publication of decisions is appropriate. In some, the parties may wish for publicity, perhaps to tell their story; in others, the facts of the case may already be in the public domain. Publicity is clearly also important where the case is alleged to involve a miscarriage of justice. Increased openness would lead to more studies being undertaken and further research into this field by reference to the particular families involved. Arguably this would all contribute to a more effective administration of justice.

However it has often been said that “public interest” is not the same as “what the public finds interesting”. The public’s right to be informed about the family court process will always have a strained relationship with privacy interests. It is about striking the correct balance between the two.

The President of the Family Division, Sir Andrew McFarlane, issued guidance in March 2020 on compliance with Family Court Child Arrangement Orders with respect to coronavirus cases. The overriding message was, if necessary, to follow the spirit of the order by making safe alternative arrangements for the child; in other words, use practical common sense to benefit the child concerned. There will of course be some unusual situations where it is in the children’s best interests to live separately from their parents. Some doctors have made the decision to isolate themselves from their families to protect them from the virus they come into contact with on a daily basis.

Most are taking practical hygiene steps such as using a designated room in the house to remove and wash all clothing that has been worn during shifts, showering, washing hands before then spending time with their families. Working with coronavirus patients should not of itself be a reason for changing child arrangements, if the correct guidelines are followed. There would need to be additional vulnerabilities, for example the other parent or the children being particularly at risk. The expectation must be that parents will care for children by acting sensibly and safely when making decisions regarding the arrangements for their child and deciding where and with whom their child spends time.

The Miami judgment raises several pertinent questions as to how we are dealing with similar issues in England and Wales. Further, do we need to reassess our country’s confidentiality laws? Is a blanket rule appropriate, and in the child’s best interests, in every case?

The Transparency Project is doing superb work in the field of ensuring transparent justice. Its recent papers include a reference to US judges conducting their cases in imaginative surroundings, including for example in a food-truck in Utah, and in a car in the judges’ parking lot in Tennessee.

There is clearly a shift towards greater transparency in family proceedings. Sir Andrew McFarlane is undertaking a further review of the existing measures which control access to and reporting of information concerning proceedings in the Family Court. The outcome of this review is eagerly anticipated. And of course, every case is fact specific. Decisions, therefore, must be made on a case by case basis by reference to a child’s welfare.

But to change the care arrangements of children of doctors saving the lives of coronavirus patients is on the face of it remarkable and shocking to many. Doctors doing their work should not have their own children taken away from their care as a result of their heroic career choice.

If you require further information about anything covered in this briefing, please contact Simon Bruce or Jack Verdan, or your usual contact at the firm on +44 (0)20 3375 7000. 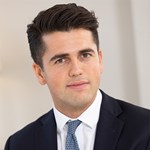