It seems that the leap year day – 29 February 2016 – was a favourite day for making announcements affecting those in the information law universe.  This year, the quadrennial leap year day was used to announce: a government consultation on data sharing in the public sector; a draft adequacy decision on the EU-US Privacy Shield for the transatlantic flow of personal data; and, perhaps giving rise to some more immediate learning points for those interested in data protection and direct marketing, the ICO's largest ever fine for a company responsible for making over 46 million nuisance calls (ICO news announcement here). The quantum of the ICO's fine was £350,000 – a leap of £100,000 from its previous highest fine, which was issued to Sony Computer Entertainment in January 2013, following revelations that Sony had suffered a large-scale hack (which resulted in its customers' addresses, dates of birth and payment card information all being leaked) in April 2011.

The ICO's latest fine picks up on a theme which has been visited several times in recent editions of Information Matters: that of 'nuisance calling' and other practices in contravention of data protection principles and direct marketing rules. In this case, the perpetrator was a company called Prodial Ltd – although adding a 'g' might have been an apt branding move since the company was certainly carefree, extravagant and reckless in its use of personal data. Prodial operated a systematic campaign of automated marketing calls, largely to do with claiming a "PPI refund" (perhaps you have received such a call yourself). The ICO received thousands of complaints from call recipients, many of whom repeated the same details:

The ICO wrote to Prodial in mid-2015 to remind Prodial of its duties under Regulation 19 of the Privacy and Electronic Communications Regulations 2003 (PECR); essentially, not to telephone people for a direct marketing purpose without their consent. Prodial informed the ICO that it had purchased "opt-in" data from a "reputable supplier" and that the data "had been screened against the TPS list" before it was added to Prodial's database. However, Prodial failed to adduce any evidence of the call recipients' consent to be contacted – and subsequently ceased to trade.

Unsurprisingly, the ICO found that Prodial's activities had contravened Regulation 19 of PECR and so a monetary penalty notice (essentially, a fine) under section 55A of the Data Protection Act 1998 was appropriate.

The ICO's monetary penalty notice records that the serious amount of the fine reflects the ICO's findings that:

We hope that the lessons to be learned here speak for themselves but, in summary: if you are telephoning individuals for direct marketing purposes, do pretty well the exact opposite of everything Prodial did with its bogus PPI refund calls. 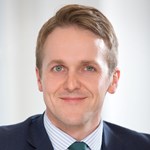