This Q&A was originally published on LexisNexis, and has been republished with the approval of the editor.

Public Law analysis: What approach has each of the main political parties in the UK adopted with regards to Brexit ahead of the UK parliamentary general election on 8 June 2017? Kate Allass, partner in the disputes team at Farrer & Co, summarises how the Conservative, Labour and Liberal Democrat parties have approached key Brexit issues in their recently published election manifestos.

What are the approaches to Brexit outlined in each of the main political parties’ manifestos?

The Conservative Party aspires to a ‘deep and special partnership’ with the EU and says that it will pursue a comprehensive free trade agreement with European markets. However its manifesto also recognises that ‘the negotiations will undoubtedly be tough’ and reiterates that the party believes that ‘no deal is better than a bad deal for the UK’. Thus it allows for the possibility of a hard Brexit in which the UK could give up full access to the EU single market and customs union, prioritising control over its own borders and legislative freedom within its own territory.

The Conservatives rely on the detail set out in their Brexit White Papers of 2 February and 30 March 2017 and in the Prime Minister’s letter to Donald Tusk triggering Article 50 TEU. They propose to convert existing EU law into UK law when they enact the Great Repeal Bill and will allow Parliament to pass legislation to ‘amend, repeal or improve’ any piece of EU law it chooses.

Labour confirms that ‘Labour accepts the referendum result’, clarifying its position in the face of speculation about whether the UK would definitely leave the EU if Labour won the general election. It proposes to take a collaborative approach to negotiations with the EU and, in significant contrast with the Conservative Party, it promises to avoid at all costs a ‘no deal’ scenario in which the UK leaves the EU without new trade agreements in place—in other words, Labour favours a soft Brexit arrangement.

Labour would start by tearing up the Conservative government’s Brexit White Papers and proposed Great Repeal Bill, replacing the latter with an EU Rights and Protections Bill aimed at ensuring there is no detrimental change to workers’ rights, equality law, consumer rights or environmental protection as a result of Brexit.

The Liberal Democrats oppose a hard Brexit—or indeed any kind of Brexit, saying ‘We passionately believe that Britain’s relationship with its neighbours is stronger as part of the European Union…Britain is better off in the EU’. They acknowledge that they are likely to be in opposition during the next government, and so use their manifesto to urge the electorate to vote for Liberal Democrat MPs who will use their influence in Parliament to press for keeping Britain as close as possible to Europe.

Have any guarantees been made with regards to ending the free movement of EU citizens, and what positions have the parties adopted, if any, on the rights of EU citizens currently residing and working in the UK?

While giving no explicit guarantee that free movement will end, the Conservatives promise to reduce and control immigration from Europe while still allowing the UK to attract the skilled workers needed for its economy. They pledge generally to bring net migration down to ‘the tens of thousands’.

They say that they will ‘secure the entitlements of EU nationals in Britain and British nationals in the EU’, but do not guarantee that EU citizens in the UK will maintain the rights they currently enjoy. Unlike the Labour and the Liberal Democrats, the Conservatives do not rule out the possibility that the status of EU nationals will be an issue for negotiation with the EU.

The Labour manifesto does confirm that ‘free movement of people will end when we leave the European Union’, but states that they are committed to developing and implementing ‘fair immigration rules’. They will immediately guarantee existing rights for all EU nationals living in Britain and promise to secure reciprocal rights for UK citizens living in EU countries.

The Liberal Democrats support free movement of people. They will press for the UK to guarantee unilaterally the rights of EU nationals in the UK and will campaign to secure the same rights for British citizens living in EU countries.

What have been the approaches set out in the manifestos on retaining/leaving the EU single market and customs union?

The Conservative manifesto confirms that the UK will no longer be a member of the single market or customs union after leaving the EU. It promises to ‘seek a deep and special partnership including a comprehensive free trade and customs agreement’ and to ‘secure new trade agreements with other countries’.

Labour say that they will adopt negotiating priorities which have a strong emphasis on retaining the benefits of the single market and customs union. They recognise the importance of retaining ‘unrestricted access for our goods and services’. They propose setting out their priorities in an International Trade White Paper and say they will ensure proper scrutiny of all future trade and investment deals.

One of the Liberal Democrats’ priorities—in opposition—will be to use their influence in Parliament to press for continued membership of the single market and to ‘ensure that trade can continue without customs controls at the border’ to avoid bureaucratic checks on goods passing through ports and airports.

Has there been any explicit mention on ending the jurisdiction of the Court of Justice of the European Union?

The Conservative manifesto makes no explicit mention of this, but states ‘our laws will be made in London, Edinburgh, Cardiff and Belfast, and interpreted by judges across the United Kingdom, not in Luxembourg’. This is in line with their 30 March 2017 White Paper which confirmed that Brexit would bring an end to the jurisdiction of the EU courts in the UK.

There is no mention of the Court of Justice of the European Union in Labour’s manifesto.

The Liberal Democrats do not discuss the jurisdiction of the Court of Justice of the European Union post-Brexit. They do say, however, that they will fight to ensure that social rights and equalities which have been upheld in the EU courts are not undermined.

It is also worthwhile noting that a report issued on 4 April 2017 by the House of Commons, Exiting the European Union Committee observed that the terms of the future relationship with the EU may involve continuing regulatory conformity in areas such as product standards and data protection. If so, this may mean that UK courts will continue to take account of EU case law on those issues, even if the jurisdiction of the EU courts in the UK is otherwise ceded.

Has any political party made an express commitment to a second referendum on EU membership and if so, on what terms?

There is no mention of this in the Conservative manifesto.

Labour’s manifesto makes no such commitment and explicitly accepts the EU referendum result.
The Liberal Democrats say they would hold a referendum once the terms of the future relationship with the EU have been negotiated. The second referendum would ask whether or not the public support the negotiated deal. The option of remaining in the EU would also be on the ballot paper.

What is the attitude of each of the main political parties towards there being a ‘final vote’ in the House of Commons on any Brexit deal negotiated by the next government?

The Conservatives say that ‘the final agreement will be subject to a vote in both houses of Parliament’.
Labour are in favour of a final vote. They say that ‘a Labour approach to Brexit also means legislating to guarantee that Parliament has a truly meaningful vote on the final Brexit deal’.

The Liberal Democrats make no mention of a final vote, presumably because they advocate a second referendum on the negotiated deal.

What are likely to be the barriers to carrying out these Brexit manifesto pledges?

The most challenging barrier will be implementing any Brexit manifesto pledges which are dependent upon the agreement of the remaining EU27 nations.

Much remains to be seen about the position the EU27 will take on the big questions. The European Council has also made it clear that negotiation of issues such as trade will not commence until sufficient progress is made on separation talks. Donald Tusk confirmed in March 2017 that ‘only once we have achieved sufficient progress on the withdrawal can we discuss the framework for our future relationship’. This is reflected in the EU’s guidelines and Directives for the first phase of the negotiations.

It is usually at the third reading of a Bill (once the Bill has been debated at second reading and scrutinised line by line at the Committee Stage) that there is a real risk of MPs voting against it. After it has passed through the House of Commons, a Bill goes to the House of Lords. However, as a result of the Salisbury Convention, the House of Lords do not oppose at second or third reading any Bills implementing manifesto commitments nor do they impose ‘wrecking’ amendments.

Are there any surprises?

The manifestos do not contain any real surprises in relation to Brexit, as all of the main parties have flagged their intentions over the months since the referendum. However we note the following points:

The Liberal Democrats are the only party to mention the importance of retaining the international arrangements for jurisdiction and recognition and enforcement of judgments currently enjoyed under EU law. These enable contractual parties to assess whether their UK jurisdiction clauses will be upheld and whether they will be able to enforce UK judgments across the EU. The House of Lords European Union Committee recently expressed a concern that ‘without adequate alternative arrangements post-Brexit there will be great uncertainty for UK businesses and citizens’. They call on the government ‘to publish a coherent plan for addressing their post-Brexit application’.

None of the main parties’ manifestos offer a great deal of clarity about trade, customs and immigration arrangements post-Brexit, and there is still a great deal of uncertainty for businesses or financial markets. Commercial parties will want to know what will happen if no deal is done. The Conservative manifesto is silent on this, whereas Labour say that in those circumstances they would implement ‘transitional arrangements’ without explaining what those might be.

Businesses and financial services will continue to want access to the UK’s largest export market or at least a little certainty as to what that access is going to look like. However, the UK is not in sole control of the negotiations, so it is hardly surprising that the manifestos say so little on this key issue.

This Q&A summarises the contents of the general election manifestos published by the Conservative, Labour and Liberal Democrat parties. It is not exhaustive nor is it suitable to be relied upon as a substitute for the manifestos themselves. No comment is given by Kate Allass or Farrer & Co upon the merits of the positions adopted by those parties in their manifestos. 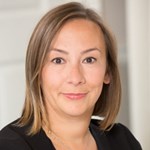