Proposed changes to deductibility of interest may hit property industry

Base erosion and profit shifting (BEPS) refers to techniques used by some multinational group companies to engineer where profit and expenditure arise in order to reduce their tax bill. To tackle this, the BEPS Project was formed. The Project identified the use of loans to generate interest deductions in excess of third party interest expense as an area where base erosion could arise, and has proposed a fixed ratio rule.

The fixed ratio would limit the interest deducted from pre-tax profits by reference to EBITDA. The ratio would be country-specific, but a "corridor" of 10%-30% is suggested. The report also proposes a group ratio, which would be calculated as the group's net interest as a proportion of EBITDA; if it is higher than the fixed ratio, the company may use it instead.

In 2015 HM Treasury issued a consultation paper, but the responses have not been published yet. Generally, if debt financing becomes less attractive, deals involving capital transactions may be affected. There will be a particular impact on the property industry (and other capital-intensive industries) where reliance is placed on significant amounts of debt capital. This will impact on the typical inward property investment structure that uses interest expense to reduce the UK tax on rental income. 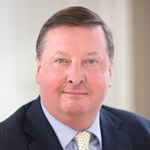