Following the final round of last weekend's US Open at Oakmont Country Club, it would be fair to say that Dustin Johnson's first major championship was somewhat overshadowed by the USGA's approach to an alleged rule infringement early in his final round.

It was on the fifth hole that Johnson, vying for the lead, approached his ball on the green and prepared to putt for an important par. If you watch the highlights you will see that as Johnson goes to address the ball, it rolls ever so slightly backwards. The glass-like Oakmont greens undoubtedly lend themselves to these types of incident, as eventual runner-up Shane Lowry discovered in a similar episode earlier in the tournament. In situations where the movement of a ball that is in play is judged to be a result of the player's actions, then he or she is supposed to incur a one stroke penalty under Rule 18.2 (subject to various exemptions).

Whether it was Johnson, the wind or Uri Geller who caused the ball to move, is not entirely clear even from magnified video footage. Granted, he took two practice putting strokes very close to the ball, but it then appears only to move when he is holding his putter above the ground behind the ball (and without making contact with it). Indeed, the official on the fifth hole accepted Johnson's explanation that he had not addressed the ball and that he had not caused it to move. Johnson's playing partner, Lee Westwood, appeared to support this explanation and can be heard on the footage explaining that he had not addressed the ball. Notwithstanding that this appeared to be the end of the matter, Johnson was then informed on the 12th tee (some seven holes later) that the matter would be revisited at the end of his round when he would be required to review the video footage. He was eventually given a one stroke penalty on the basis that, following careful and collective judgment by its Committee, the USGA considered that his actions had caused the ball to move.

Video replays are of course common in sport and most spectators appreciate the advantages they can bring in helping to achieve the correct outcomes. But even proponents of the use of video footage after the event would concede that it is vital it does not impact negatively on the competition. Whilst Johnson claimed afterwards that the uncertainty created by the information given to him on the 12th did not affect his game, he certainly seemed to lose focus for a short time. The same could also be said of Shane Lowry, whose putting stroke clearly suffered after he was informed of the situation. Whilst the link between the two is obviously impossible to prove, most commentators were unanimous in considering that the approach adopted by the USGA served to undermine the back nine of what had been an enthralling tournament.

Rather than being criticised for eventually penalising Johnson in what was an ambiguous case, it was the USGA's procedures that came under attack due to (1) waiting until the end of the round before deciding whether Johnson should be penalised and (2) informing Johnson and his competitors on the twelfth hole that they would review the incident, leaving considerable doubt in the players' minds about whether the penalty would apply. The USGA explained afterwards that it is normal for rulings based on video evidence to await the end of a round, although it is unclear whether there is also a normal procedure for communicating this to a player during play.

When considering the negative reaction it should be remembered that the USGA's process was well-meaning; they wanted to make the correct verdict and, valuing the unique integrity within golf, wanted to involve Johnson in their decision making. However, well-meaning though it might have been, the approach taken showed at the very least a lack of understanding of the impact the uncertainty might have on the players and spectators. It was evident from the television coverage that the atmosphere at the tournament changed as uncertainty began to permeate the crowds. And the media backlash that greeted the process that was adopted in itself undermined the championship.

So what lessons are to be learnt? First, tournament organisers need to consider very carefully how rules and processes are to be applied in live situations. Hypothetical test cases can be a useful way of achieving this, as can a clear written policy dealing with the actual application of the rules. Secondly, the current expectation of players and spectators alike is that if technology is to be used, it should be quick and decisive in order to avoid the situation seen at the US Open where the leader was walking down the final fairway unsure of what he required to win the competition. Either that or the issue should have been kept confidential until the end of the round when it could have been discussed again. Ultimately the disclosure that was provided to the players (whilst born out of a desire to be open and transparent) simply served to create uncertainty.

The USGA has recognised the limitations of its current processes and pledged to examine how these situations will be dealt with in future. To its credit, the USGA also noted that "we regret the distraction caused by our decision to wait until the end of the round to decide on the ruling". For other sporting organisations it is a good reminder to have another look at their rules and procedures and spend some time considering how they would play out in real and, even sometimes, extreme situations.

Further information can also be found on the Sports page on our website. 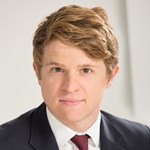