On 27 April we hosted a breakfast seminar for key contacts in the sector, focusing on the topic of Brexit and the legal ramifications for UK Universities of an "out" vote on 23 June.

We held our own poll of attendees. For a sector which celebrates diversity of opinion the results were surprising: almost unanimity in favour of remaining in the EU. An enlightened group, we feel!

Key points we discussed in the session were as follows:

1.1 Political campaigning by charities (including universities) is restricted to where this is a way of furthering an institution's purposes.

1.2 We discussed the particular challenge for universities participating in the debate because of the uncertainty over the consequences of Brexit. This makes it more difficult to conclude that campaigning for one side or the other is a means of furthering an institution's educational purposes.

1.4 In the lead up to the 23rd June there is a perhaps a greater risk of poorly considered statements being made as the tension over the outcome of the referendum grows. Universities may wish to provide guidance to staff as to what pronouncements are permissible and any guidelines for individuals wishing to express personal opinions.

1.5 We are now in the four week purdah period leading up to the referendum, during which time there are additional restrictions on public bodies publishing information on the referendum. Any university that is mainly or wholly publicly funded may be affected by these additional restrictions that apply as a matter of electoral law. These restrictions prevent the bodies caught by these rules from publishing general information about the referendum, including material that is neutral as to the outcome. For further guidance see the Electoral Commission's guidance here.

1.6 Universities must also be mindful of their obligations under the Data Protection Act 1998, where considering any form of mass mailing on the topic.

2.1 The U.K. is the largest recipient of grants, by number, and second only to Germany in terms of aggregate grant amounts.

2.2 There was a significant degree of concern amidst the audience around the impact of a vote to leave upon long term, pan-European research infrastructure projects (particularly in the medical and social science sphere involving pan-European data sets and information sharing).

2.3 We discussed the "Associated Country" model, under which countries such as Switzerland, Norway and Israel currently participate in Horizon 2020.

2.4 Pro-Brexiteers suggest that the UK could participate along such lines, but in reality this cannot be guaranteed. Much would depend on the terms of exit, including in particular the UK's stance on free movement of workers. Any restrictions on free movement would be likely to be a barrier to the UK participating as an "Associated Country", as we have seen in the Swiss case.

2.5 It was also noted that none of the current Associated Countries are ex-EU member states, so are not an exact precedent.

2.6 An exiting UK would also need to renegotiate it status from a Data Protection perspective; we could not necessarily assume that we would be granted the "white-listed" status of say, Switzerland or Norway, in relation to international data transfers. This could create disruption to cross-border projects involving personal data, at least in the short term until a replacement DP regime is agreed.

2.7 From a legal perspective, our recommendations are:

2.8 Universities may wish to consider, now, alternative funding channels, including early discussions with the UK research funding councils and BIS.

3.1 Universities are understandably concerned about the prospect of EU students being deterred from studying in the UK by uncertainty over fees.

3.2 Currently, most EU students qualify to pay 'home fees' at UK universities rather than the much higher level of 'overseas fees' paid by students from outside of Europe. The entitlement to pay home fees is set out in regulations that provide detailed eligibility criteria.

3.4 While universities may prefer to continue charging 'home fees' to EU students for a transitional period, particularly if any amended regulations impact on students part-way through a course of study, we considered the restrictions on universities from deciding to vary the eligibility to pay 'home fees' as a matter of equality law.

3.5 The Equality Act 2010 prevents universities from treating students differently on the grounds of their nationality except where an exception in the act applies or the discrimination is mandated by other legislation (such as the regulations on entitlement to pay 'home fees'). Consequently, there appears to be limited scope for universities to opt to depart from the regulations setting the entitlement to pay 'home fees' because of the risk that to do so may constitute unlawful discrimination.

4.1 For existing EIB loans, universities will need to check loan documentation for any rights for the lender to exit or amend in the event that the UK ceased to be a member state of the EU. Typically, in our experience, this is not covered expressly.

4.2 The EIB has also commented publicly that existing loans should be safe in the event of Brexit.

4.3 Areas to review would be around "Material Adverse Change" defaults, and also provisions around "Illegality" (in terms of the EIB's ability to maintain funding).

4.4 A Brexit may also trigger price increases if the lender has reserved for itself the right to pass increased costs of funds onto the borrower.

4.5 More generally, and more obviously, the impact that borrowers should be mindful of (re Brexit) would be on financial covenants as it may knock property prices (so loan to value covenants affected), and reductions in revenues (income cover ratio covenants affected).

4.6 For the future, the UK's status as 16 percent shareholder in the EIB would need to be considered. Just one of many things which would need to be renegotiated as part of any exit arrangements. Future funding would also be affected given the UK's non-EU status.

5.1 Terms of exit will determine future free movement rights. Given that immigration and control of borders is at the core of the "Leave" campaign, this is an area of major uncertainty.

5.2 We touched upon the legal framework governing free movement rights and UK immigration and concluded that although there are no guarantees, transitional arrangements are likely to be put in place in the case of a Brexit. This is particularly so given the various reciprocity arrangements between the UK and other EU member states and the number of Brits currently residing in Europe.

5.3 Such transitional arrangements are likely to preserve residence rights of those already in the UK. However, the extent to which these rights will be preserved may depend on various factors, including length of time spent in the UK prior to a Brexit.

5.4 The Higher Educations sector is heavily exposed on this point, given that the immigration arrangements will affect students, academic staff and Researchers.

6.1 We discussed how it seemed unlikely that a Brexit would suddenly free institutions from obligations around State Aid and competition law. The U.K. has its own competition law regime, and points around competition and state aid would inevitably need to be agreed and reasonably harmonised with those of the EU regime, as part of any continuing trade deals with the EU. 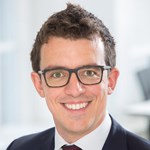