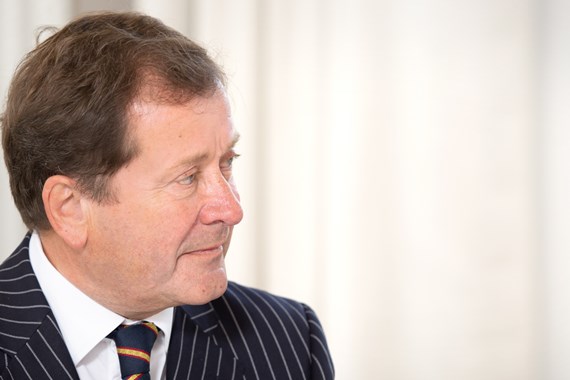 James is a consultant in the Property Department. He acts for a broad range of clients dealing with all types of property including commercial, rural, agricultural and residential.

He was appointed Solicitor to the Duchy of Cornwall in 1994 and deals with their commercial and development property portfolio as well as advising on the rural estate.

James joined the firm as an Articled Clerk in 1976 and since qualification has worked in the property department and had a variety of roles within the firm including Head of the Department, Head of the Rural Property team, and from 2008 – 2011 Senior Partner of the firm.
James now concentrates mostly on commercial property and is used to working with a team of experts within the Property department, dealing with large sales and acquisitions against tight timeframes.
James's clients (other than the Duchy of Cornwall) are for the most part large institutional landowners although he also has a thriving golf club practice.
James believes that what clients most value in a senior solicitor is the ability, from experience, to know what is going to happen next in any transaction.
Over the years James has acted in transactions as various as the sale at auction in over eighty lots of a large part of central Bolton, the acquisition of the Prudential agricultural portfolio on behalf of the Duchy of Cornwall (the largest sale and purchase of agricultural land since the 19th Century) and, earlier in his career, the leasing of all shops in the Coutts Strand redevelopment.

James qualified as a solictor in 1989.