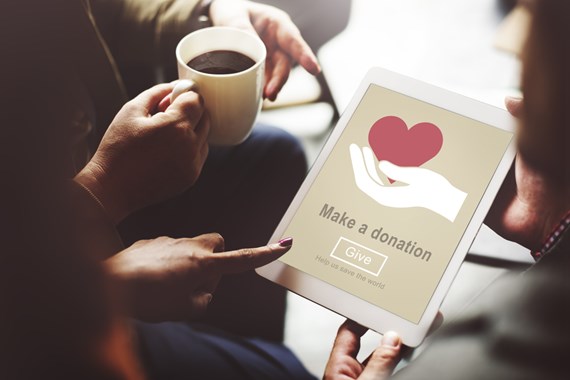 On 1 October, the Fundraising Regulator (the Regulator) rolled out its revised Fundraising Code of Practice (the Code), and has now produced a guide to using it. The new version is not a substantive rewriting of the rules. The Code has, rather, been redrafted to "improve its style, presentation, clarity and accessibility".

You may recall that the Regulator's predecessor – the Fundraising Standards Board (FRSB) – issued a number of investigation reports. In 2016, we published an article drawing together some of the themes emerging from those reports. In this article, we consider three of the lessons for charities that arise from this latest batch of reports, and how they relate to the new Code.

Contracts with, and monitoring of, fundraisers

The Charities Act 1992 requires written contracts between charities and professional fundraisers to set out (among other things) "any voluntary standard of fund-raising…that the professional fund-raiser…undertakes to be bound by for the purposes of the agreement" and "arrangements enabling the charitable institution to monitor compliance with" the terms of the contract.

A recurring theme in the FRSB reports discussed in our 2016 article was failure by charities to monitor the activities of the fundraisers they engaged. That article was written before the provisions quoted above came into force. Nevertheless, the problem appears to persist. The Regulator's recent reports criticise some charities for not requiring third parties to adhere to the Code, having contracts that gave them inadequate monitoring powers, and/or failing to exercise those powers in a way that was consistent with the Code's requirements.

Because the investigation summaries are short, they lack detail on how charities should conduct themselves to ensure their contracts are watertight and that they are exercising proper supervision over professional fundraisers. That said, there are some clues in the conclusions reached by the Regulator in different cases.

Where a charity's arrangements with fundraisers (including agencies delivering charity bags) did not require them to adhere to the Code, the Regulator found this to be a breach. Paragraph 7.3.1 of the new Code states: "You must make sure that any paid third-party fundraisers…you work with to fundraise keep to the code." Whilst this does not refer specifically to the written contract the law requires, that is the most obvious place to insert this duty.

Another charity was found to have breached the Code despite requiring its charity bag delivery agency to adhere to the Code, because the charity had failed to monitor the agency properly. Section 7.3.2 of the new Code provides: "You must make all reasonable efforts to monitor whether the paid third-party fundraisers or commercial partners are keeping to the agreement you have with them (including the conditions of the contract which relate to keeping to the code)." The Code goes on to give examples of actions charities can take to ensure they make "all reasonable efforts" to comply with this sub-paragraph.

In contrast to the above cases, the Regulator found no breach by another charity that had engaged an agency to deliver charity bags. The complainant had continued to receive bags despite asking for them not to be delivered. In this case, not only did the charity's contract require the agency to comply with the Code, the charity had input into training the agency's staff and held regular meetings with the agency to discuss complaints.

One criticism made of the Code (and of the FRSB) in 2016 was that it was difficult for charities to know what was expected by them by way of monitoring. In one case, the FRSB seemed to have been quite harsh, criticising the charity despite the fact that it provided training materials to the fundraising agency, signed off on all compliance-related materials, received daily sales reports from them and conducted fortnightly conference calls with them. The Code was amended to give charities more of a steer on this issue and it is good to see the latest version of the Code build on that.

In one case, the Regulator found the charity involved to have breached the Code because it left two months between receiving a notification from the Fundraising Preference Service and updating its records to make sure no more marketing materials were sent to the individual concerned. It also failed to remove the individual's name from a marketing list that was used almost a year later.

The summary does not say within what period the charity should have made the necessary changes, but paragraph 3.2.5 of the new Code says this:

"You must either stop sending direct marketing to a person within a reasonable period (as soon as possible, but in any case within 28 days) or not begin to process a person’s personal data for the purpose of sending them direct marketing if you receive notice from, or on behalf of, that person telling you that they don’t want to receive direct marketing. For example: …a notice from (or sent on behalf of) a person through the Fundraising Preference Service telling you that a request to stop contact has been made; or …any other clear indication  from a person (or made on  their behalf) that they do not want you to contact them for direct marketing purposes. This indication may include giving you their contact preferences or unsubscribing from mailing lists. "

The Regulator did not make any recommendations because the charity was already taking action to deal with the weaknesses in its data management systems. However, the lesson is clear, and applies regardless of the means a person uses to ask a charity to stop sending marketing materials. It is worth pointing out that this is not just a requirement of the Code but of data protection law. Section 3 of the Code summarises the relevant legal duties.

The Regulator's assessments in relation to complaints fell into two categories:

The following is taken from paragraph 2.4 of the new Code:

"2.4.1 You must have a clear and publicly available complaints procedure which must also apply to third-party fundraisers.

2.4.4 You must regularly review any lessons to be learnt from complaints and use that learning to help you with future fundraising activity."

The Regulator held that a number of charities (and fundraising organisations) failed to deal with complaints properly. One did not have a publicly available complaints policy. Others had poor methods for taking complaints, leading to (a) the organisation concerned not having enough details to investigate them properly, or (b) complaints getting lost in the system. Some were found to have dealt with complaints inadequately:

Looking at the breaches as a whole, it is easy to see that weaknesses can develop at any point from the beginning to end of the complaints handling process.

Although none of the organisations were found to have been in breach of the requirement to learn from complaints, many of the Regulator's recommendations invite charities and fundraising organisations to review their complaints processes, with one fundraising organisation being urged to develop a system for recording its investigation outcomes and presenting them to its charity partners. Whilst the Regulator does not raise the point in that case, this flags up another aspect of monitoring: do your charity's contracts require your fundraising partners to provide you with sufficiently detailed information about complaints?

There are a number of lessons for charities here, perhaps the most prominent one being the need for close communication with, and supervision of, third parties acting on their behalf. We encourage all charities to familiarise themselves with the Code and make sure their fundraising contracts, monitoring policies and complaints procedures are in line with the Regulator's expectations.

If you require further information about anything covered in this briefing, please contact Rachel Holmes, or your usual contact at the firm on +44 (0)20 3375 7000.