A recent Charity Commission inquiry report offers a number of lessons to those involved in academy group structures.

The Durand Academy (the Academy) was created in 2010, from Durand Primary School.  Durand Education Trust (DET) is a charitable company established to advance the education of pupils at Durand Academy. In practice, it supports Durand Academy Trust (DAT), which in turn operates the Academy. DET also owns land used by the Academy, including a site (Hackford) that holds accommodation and sports/leisure facilities. These facilities are used by the Academy (in furtherance of DET's educational purposes), but they are also used to generate income. The Academy uses other land owned by DET – a nursery school in Lambeth and a boarding school in West Sussex. Some or all of this land (the Charity Commission report does not specify) was transferred by the Academy to DET in 2010.

Both DAT and DET are part of a larger structure of companies associated with the Academy:

• London Horizons Limited (LHL): this non-charitable guarantee company was established in 1997, by Durand Primary School. DET has been its sole member since 2015. LHL operates DET's accommodation and leisure facilities at the Hackford site;
• GMG Companies: these two companies owned and run by the Academy's former headmaster, Greg Martin. They have run DET's accommodation and leisure facilities under a contract with LHL and DAT since 2001 – the second company took over from the first when the contract came up for renewal in 2012. When the 2012 contract was entered into, Mr Martin was still head teacher of the Academy and a trustee of both DAT and DET.

A diagram on page 4 of the report illustrates the relationship between these bodies.

In 2011, the Commission de-registered DET, mistakenly believing that it was an exempt charity under the Academies Act 2010. It was reinstated to the register in October 2014, after DET got in touch with the Commission. The Education Funding Agency (EFA) had expressed concern about the liabilities and obligations DAT had assumed by entering into the 2012 contract with LHL and GMG. Among other things the EFA had suggested that DET transfer land to DAT, so DET contacted the Commission for advice. While reviewing DET's situation, the Commission uncovered various regulatory issues.

In the following months, the group's relationships and transactions came under the scrutiny of the National Audit Office and the Public Accounts Committee. The Commission opened an inquiry in February 2015, to consider three main issues:

1. Land:
a. the terms on which the Hackford site was held and whether income from its use could be used for the West Sussex boarding school or for DET's general purposes;
b. what formal leases and licences were in place within the group to protect DET's interests;
2. DET trustees' remuneration and benefits;
3. Governance.

The Hackford trusts state that the land is to be used "for the purposes of the school". The Commission took the view that this wording was too imprecise to say whether or not income from Hackford could be spent on other sites used by the Academy. In the absence of a definitive answer to the question – which could only be provided by a court – the Commission gave statutory advice to the trustees. We are not told what this advice was, only that, provided the trustees fully considered it, the Commission would not object to the trustees following the legal advice they had obtained elsewhere, which said that it was acceptable for Hackford income to be used for other school sites.

The question about whether DET's interests were properly protected was easier to answer – they were not. There were no written agreements between DET and DAT to cover the use of various sites; there was no agreement between DET and its trading subsidiary, LHL, governing use of the Hackford site. Notwithstanding this, GMG used DET's property under licence from LHL. The Commission (understandably) took the view that these arrangements did not "demonstrate that the trustees have been adequately discharging their fiduciary duties to DET in this regard". The trustees agreed to put proper arrangements in place.

The main issue here was Greg Martin's remuneration – via the GMG Companies – for running the Hackford facilities, specifically under the 2012 contract. Although Hackford belonged to DET, the decision to enter into the agreement was made by DAT (and LHL). Mr Martin was on the board of both when the 2012 contract was signed.

The Commission's approach to this issue was a little odd. DET's articles prohibit directors from receiving any payment or benefit "from the company" unless authorised in accordance with those articles. The report states that the payments Mr Martin received under the 2012 contract could be said to have arisen "from the company" (that is, from DET) and so, because DET's trustees never sanctioned those payments, they were unauthorised. Arguably, the analysis of this matter could have stopped there, but the report goes on to consider whether, in awarding the contract to the GMG Companies, DAT's trustees complied with their articles. Whatever the Commission's reasons for adopting this approach, its conclusion was that they didn't. DAT's articles require director remuneration to be no more than "an amount that is reasonable in all the circumstances", but the terms of the 2012 contract were unreasonably generous to Mr Martin. The report criticises DAT's trustees for not putting the contract out for tender or taking any steps to test the market. Although DAT's trustees concluded that the contract represented good value, there is no evidence that they analysed the range of payments it would be likely to entail. The Commission concludes that DAT's trustees did not take adequate steps to ensure that Mr Martin's remuneration was "reasonable in all the circumstances".

The Commission issued an action plan requiring DET's trustees to review the terms of the contract (for instance by carrying out a proper benchmarking exercise) and put a more appropriate agreement in place.

It is not unreasonable for there to be an overlap in board membership where organisations are connected, but this can lead to confusion if there are not enough independent board members to handle conflicts of interest, or if the way meetings are held (and decisions made) makes it unclear in what capacity individuals are acting at any one time. Had there been greater separation between the boards in this case, the confusion about which organisation owned what properties may never have arisen, and the decision about the 2012 contract been made by the right set of trustees.

It may be obvious, but if you are planning to pay a trustee or Governor, it is vital (1) to make sure that your governing document permits trustee remuneration and (2) to follow any decision-making procedures it prescribes, for instance on how to deal with conflicts of interest. More than that, however, trustees need to satisfy themselves that paying a fellow board member is in the charity's best interests. This may require putting the work out to tender and carrying out research to ensure that the charity is not paying over the odds.

Proper use and protection of assets

It may be tempting for a group of organisations to milk the most profitable group member to fund the projects of other members, but when the profitable body is a charity, care must be taken to ensure that this spending will further the charity's objects. If, as in this case, it isn't obvious, it is wise to seek legal advice before pressing ahead with intra-group funding.

Where the boards of a group have members in common, or know each other well, it may also be tempting for charity trustees to assume there is no need for formal agreements between the different entities. Relationships between group organisations must be run on an arm's length basis. If a charity wishes to allow another group member to use a valuable asset like land, the trustees must make sure the arrangement is covered by a suitable written agreement, (in addition to being satisfied that it constitutes a lawful and appropriate use of the charity's property). Failure to do so will not only amount to a breach of duty by the charity's trustees: if the charity concerned is an academy, it can draw an uncomfortable degree of scrutiny from the EFA, as well as from the Charity Commission.

You can read the full inquiry report on the Charity Commission's website.

If you require further information on anything covered in this briefing please contact Siobhan Jones ([email protected]; 020 3375 7365) or your usual contact at the firm on 020 3375 7000. Further information can also be found on the Schools page on our website. 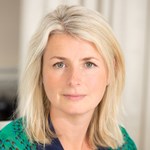