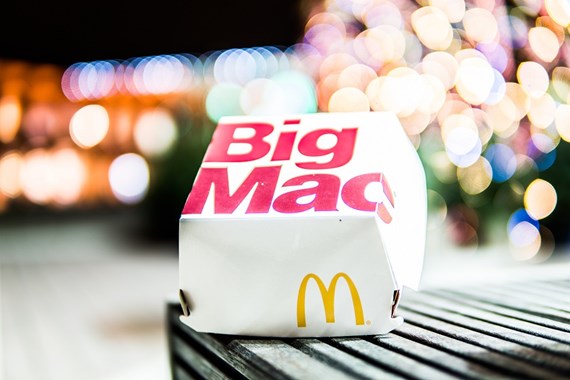 As Douglas Horton once put ever so wisely – “First rule of Economics 101: our desires are insatiable. Second rule: we can stomach only three Big Macs at a time”.

It’s always a mistake to be too greedy in life.

If you get a Big Mac, and then eat it, don’t complain that it’s all gone.

Don’t try to have more than is reasonable, you can’t have it both ways.

It’s well known that the population of Hong Kong is not a voracious eater of Big Macs, even though it’s about the cheapest place in the world to buy one. So this mistake is hardly likely to be made here. According to the most recent figures, there are 31,490 Hong Kong inhabitants per McDonald store.

Nevertheless our friends in England recently witnessed a judge dealing with some rather greedy eating, metaphorically, of Big Macs.

And this all happened in a family law case, which illustrates a very important principle which is equally true in Hong Kong and in England.

The principle is very simply this - that a person’s earning capacity is not an asset to be divided following divorce. Let alone equally divided. You can’t obtain half of the capital for one of the parties, and then ask for a defined share of the other person’s income in the future. Earning capacity is not an asset which you can just expect to be shared or divided. The maintenance requirement has to be based on need, not on sharing.

The case in question involved a McDonald’s franchise holder in England, and the reference to the case is O’Dwyer v O’Dwyer [2019] EWHC 1838(Fam).

The 62-year-old husband was also ordered to pay £150,000 per annum of maintenance to the 60-year-old wife until his 66th birthday, whereupon her rights to maintenance would come to a permanent end. The judge in the case being appealed erroneously based his decision on the fact that the husband’s earning capacity had been built up during the marriage and that the wife was entitled to a fair share of it.

The husband appealed the order. He was successful, because he was able to show that the judge had made an error in treating the earning capacity of the husband as a matrimonial asset which could or should be divided. But under current English law, it can’t be. The Court of Appeal authority for that current rule of law is Waggott v Waggott [2018] 2 FLR 406 (a case which was briefly touched upon recently by the Hong Kong Family Court in the case of SSLT v SMFC [2019] HKFC 250). This principle was neatly applied in O’Dwyer.

So when you go to the English pubs in Hong Kong, or when you chat with the man on the Mass Transit Railway to Kowloon, and when you’re told by Great Auntie Helen’s cousin that after a long marriage a husband or wife is entitled to half of everything upon divorce, including earning capacity, you can safely say that that’s a load of nonsense. An earning capacity is not an asset to be divided.

The current principles in Hong Kong and England can therefore conveniently and very succinctly be summarised as follows:

Applying those principles in this Big Mac case, the appeal judge, Sir Nicholas Francis, assessed what the wife reasonably needed in terms of income provision for the next six years of the maintenance term. Approaching this case on the basis of need, the wife needed £68,000 per annum for the next six years, rather than the £150,000 per annum which had been based on the erroneous sharing of the husband’s earning capacity. That’s what Sir Nicholas awarded.

And so it is that the family law world both in England and in Hong Kong is forever grateful to Big Macs (at least until someone else decides to come along and test the waters again), and to this tasty illustration that a person’s earning capacity is not to be glibly, let alone equally, shared upon divorce. You can’t order a Big Mac, eat it, and then want another one to be equally divided. That would be a Big Mac fantasy and you’d probably be better off eating a salad instead.

If you require further information about anything covered in this blog, please contact Simon Bruce, Derek K. Ho or your usual contact at Farrer & Co on +44 (0)20 3375 7000.