The recent Budget included some good news for non-domiciliaries. Specifically it has been confirmed that:

These are welcome concessions; however, much is still to be confirmed in relation to the government's non-dom proposals. In addition, the new rules are to be deferred until Finance Bill 2017 so there will only be a narrow window to take action before the new regime is introduced on 6 April 2017. Therefore now is a good time to reflect on what we know so far and to consider what steps can be taken in the meantime. This is especially the case for those who will fall within the 'returning non-doms' rule who may be particularly adversely affected by the new regime.

Please click here to read the article in full.

If you require further information on anything covered in this briefing please contact a member of our Private Client Team on 020 3375 7000 or your usual contact at the firm. 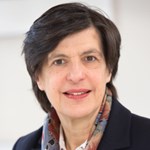