Undertaking construction can be challenging, even at the best of economic times. Because of the natural complexity of the construction process, building projects are inherently prone to risks: risk of delays, risk of unexpected additional cost and risk of design failure. To some degree, modern procurement processes allow for sophisticated management of this risk: in particular, it can be passed to the supply chain through well prepared building contracts.

But the benefits of risk allocation can be illusory: a contractual obligation is only as good as the contractor's covenant. Over the last year, we have seen indications of distressed building projects and potential contractor insolvencies. With a devalued currency leading to potentially increased supply costs, and threatened (and perhaps, actual) changes to immigration law affecting workforce availability, there is a concern that the construction industry may be facing hard times in the coming months.

So what happens when a contractor becomes insolvent? And what can schools do to manage the risk, and respond if the worst happens?

There are a number of proportionate steps which can be taken at the outset, in order to manage construction and insolvency risk.

In particular, it is good practice to insist that a complete nexus of contracts is agreed prior to building work starting on site. Generally, every contractor and consultant should have its own contract or appointment, regulating their legal relationship with the school. However, in particular and above all, a building contract with the main contractor should be agreed and signed as early as possible. There can be a transitory attraction to authorising the start of work with only a short letter of intent, but it carries some significant risk: letters of intent do not offer the school any material protection in the event of the contractor's insolvency.

It is also prudent to ask for a performance bond. Briefly, a performance bond is a guarantee that a secure financial institution (typically an insurance company) will reimburse the school up to 10% of the construction cost if the contractor defaults. This is an effective means of covering the additional costs which always arise in the event of the contractor's insolvency. The cost of arranging the bond is usually passed back to the school, and whilst the school has to evaluate whether this is money well spent, an unusually high cost can be an indication that a contractor is in a precarious financial position. Some practitioners insist that the contractor obtains a bond, simply as a measure of the insurance company's confidence in the contractor's balance sheet.

It is also sensible to ask for collateral warranties from key sub-contractors. Collateral warranties provide two principal benefits: first, they contain covenants from the sub-contractor that they have constructed their works to a good standard. Second, they include "step-in rights" – that is, the right for the school to "step in" and take over the sub-contract. This can provide an effective route towards completing the project, if the main contractor becomes insolvent during the course of the project.

There are more complex solutions available. As the principal problem with contractor insolvency is difficulty in getting funds through to the sub-contractors, some practitioners have started using project bank accounts – where the school pays money into a jointly administered bank account on terms which provide that the funds are held on trust for the sub-contractors. Whilst these arrangements are used at the periphery of the construction industry, particularly in the public sector, they have not been tested in the courts and there is no current certainty that they will survive the rigours of English insolvency law. This may be an area for future development.

In the meantime, there are also a number of more subtle, practical, steps which a school can take at the outset. In particular, it is sensible to establish arrangements for the management of the project, which may include a "crisis plan". Many schools have charitable status, so it is good practice to pre-agree arrangements to allow the school management rapid access to the governors, in the event of a significant problem.

If the contractor defaults – first priorities

There are certain legal and practical steps which should be taken quickly after the contractor's insolvency.

It is, however, good practice to check whether the contract requires the school to serve any notices to properly give effect to the suspension of the project. Whilst the JCT's insolvency provisions are clear that all payment obligations come to an immediate end, there has been some judicial controversy about how these provisions sit with the Housing Grants, Construction and Regeneration Act 1996 (as amended), which generally requires the school to serve statutory notices before withholding any payment claimed by a contractor. The current position appears to be that the contractor's insolvency effectively negates any obligation that the school has to pay, even if the contractor's insolvency occurs after the final date for payment and even if no "pay less" notice has been served by the school. Against that background, it will usually be acceptable to withhold payment if the contractor is insolvent.

Turning to more practical issues, it is sensible to secure the site. Typically, unpaid sub-contractors become aware of the contractor's insolvency relatively quickly, and will consider returning to the site in order to reclaim their goods – irrespective of whether the school has paid for those goods, and irrespective of their legal entitlement to do so. The legal entitlements of a client who has paid, against the sub-contractor who has not been paid, are extremely difficult and complex, but the fact remains that many sub-contractors will simply take the law into their own hands.

A final priority is to let key stakeholders know. The school may have legal obligations which follow on from the insolvency of the contractor: for example, most finance agreements with high street banks require the school to keep the bank aware. The school will also need to notify its insurers of the position. But on higher profile projects, the school may also wish to consider how it manages communication of the contractor's insolvency to its parents.

If this seems a lot to do in a short period of time, it may be some consolation that a school will usually have advance warning. It is usually obvious to experienced project managers when the main contractor is in financial difficulty: most sub-contractors will ensure the project manager is well aware that they have not being paid. Conversely, however, the school cannot pre-empt the insolvency of the contractor: if the school tries to take action under the building contract because it thinks the contractor is likely to fold, it may be in breach of the building contract itself. This can be an expensive mistake to make.

In most cases, particularly in an educational environment, it will be economically necessary to complete the works briskly. This is recognised in standard form building contracts: in particular, JCT contracts permit the school reasonably flexibility about how the works are completed. They simply provide that, if the school chooses to complete the work, a final account is prepared which sets the actual cost of using the replacement contractor against the putative cost which would have been incurred if the original contractor had not defaulted.

Finally, the school should consider a claim against the performance bond – if it has one. Our experience is that most bondsmen appoint surveyors to analyse the project, to ascertain the sums that are properly payable under the terms of the bond. This can take time and effort; on occasion, it may be possible and appropriate for the school to reach a settlement with the bondsman in order to secure early settlement, although our experience is that this is usually at the cost of a discount.

Whilst the risk of delays to completion and unexpected additional costs are now relatively well understood by clients of the construction industry, the risk of insolvency remains more difficult to measure. It remains extremely difficult to predict whether a contractor will remain in good financial health throughout the lifetime of a building project. For that reason, the risk is often disregarded on a "hope for the best" basis.

However, the consequences of contractor insolvency can be every bit as damaging for a school as a claim for additional payment, and if anything, the difficulty in quantifying the risk is all the more justification for taking a cautious approach. Fortunately, there are a number of relatively simple steps which can be taken to mitigate the risk and respond to any crisis which occurs.

If you require further information on anything covered in this briefing please contact Edward Banyard Smith or your usual contact at the firm on 020 3375 7000. Further information can be found on the Schools page of our website. 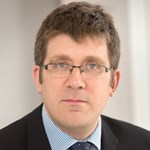