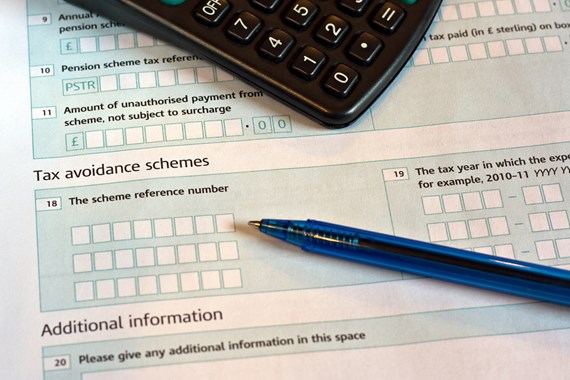 Many advisers have expressed concern at HMRC’s tendency to view any arrangement which reduces a tax bill as "avoidance" and, if a challenge is successful, to try and impose penalties which can have reputational as well as financial consequences.

Two recent First Tier Tribunal (FTT) judgements have confirmed that entering arrangements which have the effect of mitigating tax is not equivalent to tax avoidance; and that even if there is a successful challenge on tax compliance it does not follow that penalties are in point.

In the first judgement

Andreas Rialas ([2019] TC 520), Mr R was a 50% shareholder in a successful UK company (UKCO). His co-director, Mr C, owned the other 50% but the two men were not otherwise connected. It was agreed that Mr C would sell his shares to Mr R and each would then pursue their separate interests independently. Mr R set up a non-UK company (NUKCO) owned by a Cypriot trust of which he was a beneficiary. He then arranged for a loan to NUKCO to buy the shares from Mr C. While the FTT noted that the loan was structured in an unusual manner, it accepted that arrangements were on commercial terms.

When UKCO paid a dividend to NUKCO on the shares previously owned by Mr C, HMRC challenged and argued that the anti-avoidance "transfer of assets abroad" (TOAA) legislation was in point; that Mr R was liable to income tax on the dividends on the grounds that he had been a "transferor" and had "power to enjoy the income" going to NUKCO as a trust beneficiary. HMRC argued that Mr R had "procured" the transfer of shares by making the various arrangements described above. Mr R appealed on the grounds that:

1. he did not have power over Mr C to procure the shares and was not a "transferor";

2. in the alternative, he could claim the "motive defence' that there had been no intention to avoid tax in making the arrangements;

3. in the alternative, the application of TOAA rules was in breach of EU law as it restricted free movement of capital.

On point 1, the Tribunal found that "it would be stretching the meaning of the word 'procure' beyond breaking point" to say that the facts in the case showed Mr R as organising the transfer of shares from Mr C. As such, TOAA was not in point.

On point 3, while TOAA legislation was in principle in breach of EU freedom of movement law, case law had established that there was a test of proportionality between the EU rights and the rights of individual states. In broad terms, the more artificial the arrangements, the greater the right of the individual state to protect its tax base. In Rialas, the Tribunal considered that as the TOAA provisions were penal in nature, the TOAA code should be disapplied to protect EU law.

While the FTT judgement does not have precedent value, it is interesting on all three levels of the appeal. In the first, it indicates the importance of a close analysis of the particular facts of each case before jumping to the legislation. In the second, it indicates the difficulties of winning a motive defence. In the third, it provides further evidence (if such evidence was needed) of the variety of competing factors in invoking an EU freedom of movement defence.

In the second judgement

The FTT heard three cases jointly ([2014] TC 03418 & 06207) and ([2016] 00837). All dealt with the application of IR35 to personal service companies through which BBC presenters provided services to the BBC. I shall spare readers the detail of a two week trial and a judgement approaching 200 pages but after a degree of agonising the judgement was that in all three cases there had been a contract OF service rather than a contract FOR service and so HMRC won. The judgement makes clear the difficulty of reaching conclusions on such arrangements. Consequently, while HMRC have another IR35 scalp, there remains substantial uncertainty as to the distinction between employment and self-employment in the use of personal service companies. However, our present interest is on the culpability point which arose.

Having won the tax argument, HMRC went on to argue that, given the self-assessment requirement on taxpayers to correctly report tax, the failure of the presenters to do so constituted "careless" behaviour and so penalties were in point. Perhaps bearing in mind the difficulties which they themselves had had in reaching a conclusion, this was a step too far for the Tribunal judges. They confirmed that on the plain meaning of the statutory provision HMRC are required to show that the advisers (on whom the taxpayers relied) had carelessly brought about the loss of tax. In the current case, involving a difficult judgement, HMRC had failed to satisfy that burden of proof.

It seems reasonable to suggest that the more difficult legislation is to apply to particular circumstances, the higher will be the burden of proof on HMRC to establish culpability. Since much new legislation is seen as difficult to interpret by advisers (as evidenced by the growth in HMRC 'guidance' as to what legislation actually means), and since recent legislation has introduced very aggressive penalties, this is a welcome judgement. As ever, it is better to be tax compliant than not. However, for the taxpayer who is not compliant, the onus is on HMRC to provide evidence of culpability. The more draconian the penalties which the courts are asked to apply, the greater the likelihood that they will require convincing evidence.

Going forward, given the link between the application of a penalty on the taxpayer and the consequent potential to  trigger penalties on “enablers”, the question of culpability is likely to be a major contentious area.