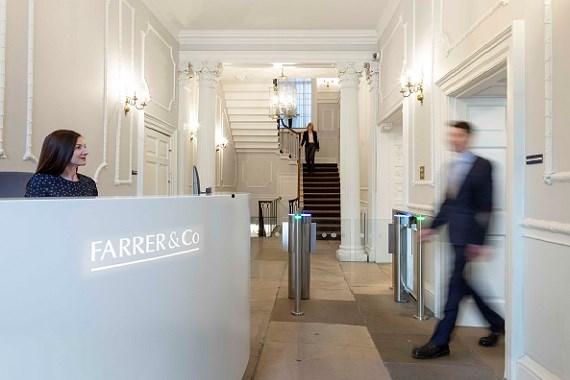 Decades of case law have laid to rest the notion that VAT applies only to businesses. Charities have not escaped the scrutiny of the courts and tribunals on this matter: in a long line of cases, tax authorities and charities have wrangled over whether or not a given charitable activity amounted to a business.

In 2016, the Court of Appeal departed from the principles developed in previous UK cases in its Longridge on the Thamesjudgment. Our article on the decision, published in November of that year, hinted that Longridgemight not be the final word on the issue. Time has proven us right – the Court of Appeal revisited it this year, in the case of Wakefield College v HMRC.

Wakefield College (the College) provided courses at a range of different prices. Most students were entitled to full fee remission whereas some paid full fees that covered the cost of providing the courses. Still, others were subsidised by public funding and paid a fixed but reduced fee that didn't cover the cost of course provision. The dispute with HMRC concerned this last group: in selling courses to these students, was the College engaged in a business – or, to use the EU terminology, an "economic activity"? The College contended that it was not.

Having reviewed European case law, and in particular in the French (native) version of the relevant judgments, the Court of Appeal found that there was a two-stage test for determining whether a transaction amounts to an economic activity:

Deciding whether the second part of the test is satisfied requires a wide-ranging enquiry. The subjective intentions of the supplier are irrelevant – it doesn't matter that a charity is not aiming to make a profit – but it is necessary to examine the objective circumstances in which supplies are made.

The College accepted that the subsidised fees amounted to consideration but argued that it was not selling courses to this cohort of students for remuneration. Unfortunately for the College, the Court of Appeal disagreed. In the absence of a successful appeal to the Supreme Court (and there is not, currently, any indication that an appeal is pending), the College will be looking at a sizeable VAT bill.

More on the "economic activity" test

In Longridge, the Court of Appeal held that if a person supplies goods or services for consideration and the activity is permanent, then there is a rebuttable presumption that the supply for consideration is an economic activity.

In the College's case, the Court of Appeal denied that satisfying the "consideration" test gives rise to a presumption of economic activity. As the judgment says: "It can readily be appreciated that goods or services may be supplied for 'consideration' without the supplier doing so as an economic activity or for 'remuneration'."

The Court reached the conclusion that the College was engaged in an economic activity by comparing its circumstances to those of organisations involved in previous cases. Those cases indicated that the following are relevant when considering the "remuneration" issue:

Factors pointing to an economic activity in the College's case were that:

To trot out a lawyerly cliché, each case turns on its own facts, so it is impossible to write infallible guidelines on whether a charity's activities will constitute a business for VAT purposes. The task is made harder by each court's tendency to re-word the tests that are to be met. Previously, it was necessary to establish whether there was a "direct link" between the service and the charge, whereas now we must determine whether the service is made "for the purpose of" obtaining the income.

Even so, it can be inferred that, without the Longridge presumption, any charity whose VAT recovery will be boosted by a finding that it is engaged in business may have to work harder to convince HRMC that it is, indeed, pursuing an economic activity.

In its judgment, the Court of Appeal mentioned that HMRC had around 50 ongoing cases that would be affected by the outcome of the College's appeal. It is not unreasonable to suppose that there will be other charities whose operations lie on the business/non-business borderline – they, too, may be affected by the test laid down by the Court of Appeal. If your charity's activities (or proposed activities) do not clearly fall on one side of the line, prudence suggests that you take specialist tax advice and ensure that an adverse finding by HMRC does not leave you with a tax bill you will struggle to pay.

If you require further information on anything covered in this briefing please contact Charlotte Black or Rachel Holmes, or your usual contact at the firm on +44(0)20 3375 7000.