Getting the terms of the share purchase agreement right in any business purchase is obviously critical, as demonstrated by the number of SPAs that end up being litigated in the courts when a business deal fails. In this article, Philippa Scott reflects on some learning points from recent SPA claims.

Here the High Court considered the construction of an obligation in respect of an indemnity to give notice of any event or matter "as soon as possible and in any event prior to" the seventh anniversary of the date of the SPA. The court held that this obligation was a dual condition precedent, imposing two requirements (i) as soon as possible, and (ii) in any event within seven years. It was noted that the relevant clause had two distinct purposes: first, “as soon as possible” provided early notice to the sellers to enable prompt defence; and second, the seven years provided a limitation period.

The relevant notice, here, was served within the seven year limitation period but was held to be invalid is it was not served “as soon as possible” - evidence showed that the buyer had knowledge of the claim for over a year prior to giving notice. This precluded potential damages in excess of £50m and provided a stark reminder of the need to carefully consider notice requirements when negotiating SPAs (continuing a recent trend of decisions requiring strict compliance with any such requirements).

In Dodika, the Court of Appeal allowed a buyer's appeal against a decision that its purported notice of claim under a tax covenant was invalid because it failed to give reasonable detail of the matter giving rise to the claim. This ruling emphasises that care must be taken in the preparation and serving of contractual notices. The two salient points in the judgment were:

Cavendish Square Holding gave the Supreme Court the opportunity to consider when contractual obligations would constitute unenforceable penalties. The case concerned a share purchase agreement which stated that breach of a restrictive covenant by the seller could (i) remove his entitlement to deferred consideration, and (ii) trigger a compulsory transfer of his remaining shareholding to the buyer at a price excluding the value of the goodwill. The Supreme Court held that these provisions were not unenforceable under the rule against penalties.

4. How to calculate losses for breach of warranty claim: Equitix EEEF Biomass 2 Ltd v Fox and others [2021] EWHC

Equitix brought various claims against Fox and others in respect of breach of warranties in the share purchase agreement entered into in respect of Equitix’s purchase of the entire share capital of an energy company, Gaia Heat Limited. Here, the court found in favour of various of the claims and held that the correct measure of damages for breach of warranties of quality (being, warranties promising that something is the case, rather than a promise to do or not to do) claims was the diminution in value of Gaia's shares attributable to the falsity of the warranties of quality that had been breached ie the difference between the value of the shares “as warranted” and their true value.

The position is different with warranties as to process (such as where a business plan warranted to have been prepared with reasonable care was not), as in such cases the usual measure of damages puts the claimant in the position it would have been in had the contract not been breached.

In the same Equitix judgement, the court considered whether liability caps should apply only to the damages awarded in respect of a breach of warranty claim or whether they should also capture ancillary liabilities, such as costs.

The court found in favour of Equitix, but only on the second point, holding that “in respect of” a claim did not include ancillary liabilities. If ancillary liabilities are intended to be caught by a liability cap in a share purchase agreement, parties should clearly specify this in the agreement to avoid ambiguity; the court will normally exercise its discretion in the manner contractually provided for by the parties.

In this case, the court set out a strict test for implying a term into an agreement, whereby either: (i) such term had to be necessary for business efficacy, or (ii) the term was “sufficiently obvious” that it goes without saying; the court noted that, whilst the two are alternatives, it would be “rare” for only one to be satisfied. Further, a term should only be implied into an agreement if it is reasonable and equitable, if it is capable of clear expression, and if it does not contradict any express term of the agreement.

On the facts here, the share purchase agreement provided for the buyer, at the seller's request and expense, to require the target's auditor to determine whether the company’s pre-sale accounts had overprovided for tax - following such determination, either party could request a review of the determination by the auditor, to allow it to take any new circumstances into account. At the request of the seller, the auditor provided a determination to the buyer under this provision, however, the buyer provided only the executive summary to the seller, which asserted that it was entitled to the full report. The court agreed, holding that the seller’s right to receive the full report was an implied term and both parts of the test set out above had been satisfied. Without knowing the full reasoning behind the determination, the seller could not usefully consider whether to request a review of the determination, and the effect of denying the implied term would be "unusual" or "bizarre".

Going forward, parties should carefully consider the possibility of such implied terms, ensuring that language is comprehensive, clear and unambiguous, when drafting and negotiating levels of disclosure in share purchase agreements.

If you require further information about anything covered in this blog, please contact Philippa Scott or your usual contact at the firm on +44 (0)20 3375 7000. 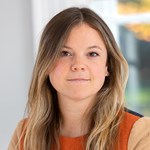