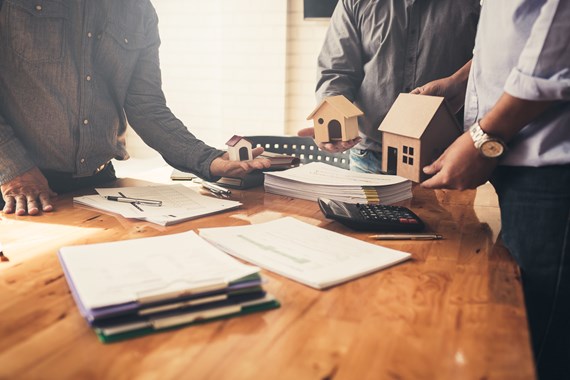 Of interest to any charities disposing of land is the case of David Roberts Art Foundation Ltd v Nicole Marlene Riedweg [2019] EWHC 1358 (Ch) in which the charity sought to enforce a contract for the sale of some of its land. The purchaser argued that the contract was invalid, and/or null and/or ultra vires and/or of no effect on the grounds that it was not compliant with Part 7 Charities Act 2011 (in that there was no statement in the contract as required by s.122(2) of the Act although the transfer document annexed to the contract was compliant). The purchaser also raised the issue of the surveyor’s report obtained by the selling charity having been commissioned after the property was marketed (contrary to s.119 of the same Act).

What lessons can we take from the case? Well, in brief:

Relatively minor failures to comply, in this case: (a) inclusion of s122(2) statements in a draft transfer annexed to the contract for sale rather than the contract itself, and (b) obtaining a surveyor’s report later than appeared to be envisaged by the regime, were not sufficient in themselves to endanger a disposal. It was however acknowledged that, in relation to surveyor’s reports, “there might be such a degree of non-compliance such that the report cannot properly be characterised as such”.

1. On statutory construction, “an assessment of the purpose and importance of the requirement in the context of the statutory scheme as a whole” quoting Blue Sky Inc v Australian Broadcasting Authority [1998] 194 CLR 355 was required.

The overarching purpose of the statutory regime is to ensure that: (a) a charity is protected from a disposal at less than best price, and (b) a purchaser is aware that the seller is a charity and that restrictions apply.

In that context, “it would be harsh to conclude that a contract of sale is void or voidable as a consequence of a failure by the surveyor's report to comply with each and every requirement of the regulations. That cannot have been Parliament's intention in view of the numerous tripwires that are found in the regulations.”

2. On sequencing, the correct sequence is:

(a) Trustees consider a disposal.
(b) Trustees obtain a surveyor’s report which comments on advertising etc.
(c) The report is considered by the trustees.
(d) The property is advertised (if that is recommended).
(e) Offer is received.
(f) The trustees consider the offer in light of the report (and may need a supplemental report or confirmatory letter from the surveyor if some time has passed).

3. However, in some circumstances this sequence will not apply, eg where a developer makes an offer first. The regime in Part 7 cannot have been intended to be so unforgiving that even if the trustees are satisfied that the disposal achieves the best price reasonably obtainable, the transaction is unenforceable because the proper sequence was not observed (eg a report was obtained later than envisaged by section 119(1)).

4. A failure to advertise (as distinct from marketing), and a failure to obtain advice about the need for advertising, should not impugn the transaction if the charity is able convincingly to demonstrate that advertising would have made no difference.

By contrast, a 2003 case ([2004] 3 All ER 110, Bayoumi v Women's Total Abstinence Educational Union Ltd and another) concluded obiter that failure to take any steps to comply with the statutory regime under s119 could in certain circumstances render a contract for sale prima facie void, on the basis that the trustees had not satisfied the conditions which would allow them to rely on the statutory power and lacked any other power to enter into it.

There is some discussion in the judgment about whether section 35 of the Companies Act 1985 / section 42 of the 2006 Act could save such a contract where the disposing charity is incorporated.

There is clearly quite a big grey area between the two cases, and the degree of non-compliance which would be regarded as sufficient to endanger a disposal is (unsurprisingly) likely to turn on the facts. While the recent case provides reassurance insofar as it appears relatively minor deficiencies are likely to be forgiven, clearly best practice requires full compliance with the requirements of Part 7 or cogent arguments dealing with any divergences.