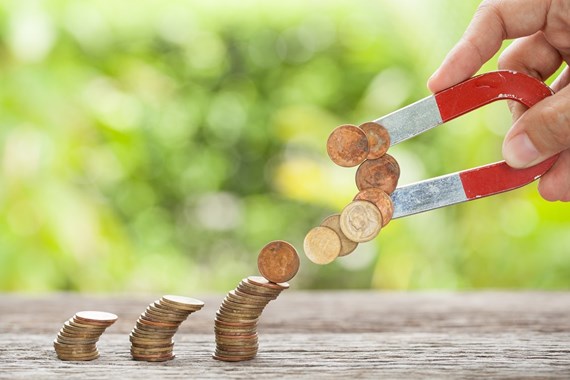 The government has launched a consultation on the taxation of UK asset holding companies in alternative fund structures. Alternative funds in this context generally mean closed-ended funds in particular: real estate, private equity and debt (or “credit”) funds.

This consultation is part of a wider review of the UK funds regime as announced in the Spring Budget 2020, to ensure the ongoing competitiveness and sustainability of the UK regime. Two key steps have been announced so far as part of the review:

Although many alternative funds are managed from the UK, the AHC of the fund is often incorporated in an overseas jurisdiction. The consultation seeks to identify ways to make the UK a more favourable location for AHC’s from a tax perspective.

Whilst the government seems to be contemplating a significant change to tax policy, it recognises the need to tread carefully. According to the consultation paper, any changes to the tax laws for AHCs are expected to be consistent with:

This is a tall order and we can anticipate that the project will take some time.

The consultation paper pinpoints a number of “barriers” which affect particular fund types and others that impact funds generally. Possible solutions are put forward, and on these the government is seeking views from the funds industry.

Credit funds typically invest in debt securities, or originate loans, through one or more intermediate companies.

Ideally, the AHC of a credit fund would be taxed only on the margin it makes between income received and interest distributions paid to the fund investors. However, the UK corporate tax rules can give rise to tax leakage when structuring back to back arrangements used to repatriate proceeds from the underlying investments to the fund.

The UK does have a bespoke tax regime for securitisation transactions involving a capital market arrangement. One suggestion is for this regime to be opened-up to AHCs within credit funds, but the government is concerned that such a move should not de-stabilise the existing securitisation market.

It is important that investors do not suffer additional layers of tax as real estate assets are realised and the proceeds returned to investors. As a result, the AHC is generally located in a jurisdiction with a strong double tax treaty network and an exemption for share disposal gains.

The UK has an extensive treaty network and our Substantial Shareholding Exemption (known as "the SSE") offers a broad capital gains tax exemption for corporate share disposals. In 2016 the SSE was widened to allow more investor companies to benefit, in particular where the investor company is more than 80 per cent owned by qualifying institutional investors (QIIs). Whilst this change made the UK an attractive place for funds with tax-exempt institutional investors it did not help funds with mixed investor profiles where the number of QIIs was not sufficiently or consistently high.

The government will consider widening the expansion of the QII rules so that more investor types can qualify as QII’s. An alternative could be to introduce a more comprehensive SSE exemption by removing the trading requirement for all investee companies. It is not yet clear how such a change would dovetail with the new capital gains tax rules for property rich companies.

The government is also considering changes to tax on rental income and whether a broader class of companies (for example unlisted companies) should benefit from the Real Estate Investment Trust (REIT) regime. Under the REIT regime, the AHC can pay property income distributions (PIDs) to certain shareholders without deducting tax.

Private equity funds often invest in target companies through one or more AHC.

The main issue raised in the consultation paper is how to make it easier for investors (including those with carried interest) to receive payments from an AHC as capital rather as income (which attracts a higher tax rate). For example, if investors extract their profit by way of a share buy-back, the UK will normally tax this as an income distribution whereas in other jurisdictions it can be treated as a repayment of capital.

The paper discusses two general barriers. These will also be explored as part of an HMRC technical consultation to be published at a later date.

Despite its extensive double tax treaty network, the UK imposes a 20 per cent withholding tax on most interest payments to non-UK lenders (unlike a number of other EU jurisdictions). Although there are exemptions for Quoted Eurobond issues and private placements, the threat of a withholding tax charge and the administrative burden of neutralising the risk, has a deterrent effect.

These rules are aimed at counteracting tax mismatches where the same item of expenditure is deductible in more than one jurisdiction or where expenditure is deductible but the corresponding income is not fully taxable. According to the consultation paper, these rules are having unintended and disproportionate impacts on the funds sector. The government is keen to understand how other countries have implemented the BEPS rules without creating these issues. The implication is that the UK’s approach to BEPS has been over-zealous, and a review of the hybrid mismatch rules was also announced in Budget 2020.

The solution, according to the government’s paper, is expected to be delivered via one of two routes:

1. a series of targeted isolated changes to the corporation tax regime

2. the creation of a bespoke tax regime for AHC’s (or for AHCs within specific fund types), in which case the choice could be between:

a. the disapplication / adjustment of certain corporate tax rules for AHCs;
or
b. a separate method for calculating AHCs’ corporate tax liabilities, similar to the regime for securitisation vehicles.

The consultation is being welcomed as an important step in the effort to improve the competitiveness of the UK alternative funds sector.

HMRC is clearly also using the opportunity to gather information on how other jurisdictions manage to adhere to international tax harmonisation initiatives such as BEPS whilst continuing to be an attractive location for funds.

Realistically, however, this consultation and any changes that result from it will need to be part of wider tax and regulatory changes before the UK can properly compete with jurisdictions such as Luxembourg and Ireland.