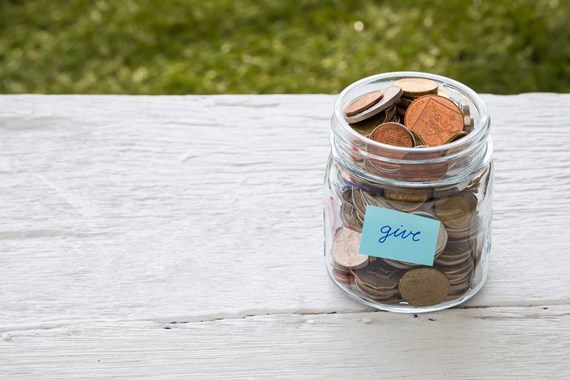 The First Tier Tribunal case of Champions Fun Learning Centre was brought by a charity whose Gift Aid claims had been challenged by HMRC. Although the case does not show any new interpretation of the law, it is nonetheless a useful illustration of some pitfalls of the Gift Aid scheme, both for the claimant charity and for HMRC.

Champions Fun Learning Centre (a registered charity) provides after-school education for children aged five to sixteen years old. The charity is predominantly funded by regular payments made by parents and others, including its volunteers who regularly relinquish their expenses allowance.

HMRC opened an enquiry into Gift Aid claims made by the charity during 2014 to 2016. As part of its investigation HMRC sent letters to a random selection of donors asking them to confirm that their payments met the Gift Aid criteria. The charity was assessed for tax on the basis that none of the payments qualified for Gift Aid.

Much of the case centred on the astonishing array of errors on the part of HMRC. Some mistakes stemmed from HMRC's failure to recognise that as an unincorporated association, the charity should be treated as if it were a company, not a trust. This failure led HMRC to issue assessments for April-to-April income tax years rather than for the accounting periods of the company. In addition the notices issued by HMRC contained a “litany” of inaccuracies.

HMRC hoped to rely on a legal provision which would permit them to make the necessary corrections to the notices, but the Tribunal held that the errors were misleading and the taxpayer could not be expected to know how much it had to pay, or how the amounts were arrived at. As a consequence all of the assessments were held to be invalid.

The Tribunal went on to consider whether, absent HMRC's errors, the Gift Aid claims were legitimate.

A payment will be a “qualifying donation” for Gift Aid purposes if it meets certain criteria, including that:

(i) the payment is not subject to any condition as to repayment, and

(ii) there are no benefits associated with the gift, or if there are benefits, the benefit restrictions are not breached.

The charity's website had an FAQs section which included a question about whether fees or donations would be refunded in the event of a child being absent due to illness or emergency. The answer given was "no", but that refund may be "possible". HMRC contended that this showed the payments were "subject to a condition as to repayment" but the Tribunal held that the mere possibility of a refund was not a condition as to repayment (although of course any payments which had in fact been refunded clearly would not qualify for Gift Aid).

HMRC also argued that the payments were not donations because they were mandatory and because the donors received a benefit, in the form of the tuition provided to their children. HMRC offered the following as evidence:

(i) the charity's constitution stated that "Every parent shall pay the CFLC a monthly sum…",

(ii) the charity's website referred to "fees" and "fixed donations",

(iii) HMRC questionnaires which were completed by four parents indicated that they made the payments for their child's tuition,

(iv) the charity's accounts said that members must "meet the CFLC fees/donations stipulations", and

In its defence the charity highlighted that not all contributions were made by parents or guardians, and that some parents did not pay anything.

The trustee of the charity then gave (reportedly impassioned) evidence as to how he had intended to follow HMRC's Guidance on membership subscriptions for under 18s. The Guidance states that payments to a charity to secure individual membership rights for another person are not charitable gifts, but it goes on to say that this is not the case for payments made in respect of a donor's minor children and that a payment "that satisfies the conditions to be treated as a gift if made in respect of the donor personally will be accepted as a gift if it's made for their minor child". The charity's trustee had understood this to mean that fees paid on behalf of the donor's children would be accepted as gifts to the charity. The Tribunal confirmed that this interpretation was clearly wrong.

The Tribunal agreed with HMRC that in principle the provision of tuition was a benefit where the donation was made by a parent, but found that the same may not be true of a guardian because they may not be “connected” to the child within the terms of the legislation.

The Tribunal also agreed that the parents who had responded to the questionnaires plainly believed they were paying a monthly sum for their child's tuition. However, the Tribunal was sympathetic to the attempts made by the charity to conform with HMRC Guidance. The Tribunal referred to the HMRC Guidance on Educational Trusts (which the Tribunal appeared to endorse) which states that it is possible for parents to make payments for text books and other consumable materials which are not tuition fees.

In the end the Tribunal felt it could not give a view as to which parental donations might or might not qualify for Gift Aid without conducting an analysis of the charity's accounts to understand the extent to which parental payments funded the cost of actual tuition, as opposed to capital expenditure associated with tuition. It therefore offered no determination.

How to value the “benefit”

There was some discussion as to how to arrive at the value of the benefit of the tuition. The Tribunal determined that in the absence of any other suggestion, the value of the benefit was the cost to the charity of providing the tuition, which in this case would have breached the relevant permitted benefits thresholds (25 per cent of a gift for gifts of £100 or less, or £25 for gifts of up to £1,000).

Regarding the volunteers' contributions, which were made when the volunteers returned or failed to cash cheques for their expenses, HMRC argued that since these amounts were not actually “paid” they were not donations. The Tribunal thought this was “picking at nits” and held amounts which were forgone could still be eligible for Gift Aid.

HMRC contended that the charity had committed a careless error in submitting the claims and attempted to impose penalties. The Tribunal cancelled the penalties because of yet more procedural errors made by HMRC. Nonetheless, if the penalties had been validly raised, the Tribunal said they would not have upheld them. Once again, the Tribunal was sympathetic to the charity. The judge said that the trustee had been "conscientious in examining HMRC's website in relation to membership schemes and other matters" so that despite drawing the wrong conclusions he had not been careless.

One important takeaway is for charities which provide education. They should elicit and handle their donations very carefully and keep detailed accounts. The case is also a salutary reminder to HMRC that if they deny Gift Aid claims and end up at Tribunal they had better have all their ducks in row! It is also encouraging that the Tribunal sought to put itself in the shoes of a small charity which had acted in reliance on HMRC's Guidance and should not be penalised for its misinterpretation.