Recently, the Higher Education Policy Institute published a paper in which two governors – one academic, one lay – discuss current issues in higher education governance. Among the matters they identify are board size and diversity, the difficulty of ensuring that the interests of all stakeholders are represented, whether governors should be paid, and the stresses of keeping pace with an increasingly commercialised environment.

Higher education providers are complex and unique organisations: communities of scholars, staff and students, with a multifaceted educational mission, and subject to a variety of legal and regulatory regimes. Nevertheless, many of the issues raised by the two correspondents will be familiar to those who work in the broader charity sector. Since many higher education providers are charities (with governors in the role of charity trustees), some thoughts on these topics can be found in charity law and the discussions about charity governance, as well as in sector-specific guidance.

The right people, with the right knowledge
Among other things, the participants in the HEPI paper talk about the need to ensure that the academic body's interests are represented on the board and the difficulty of ensuring a strong student voice (especially given how short a time student governors are in post). They also express concerns about how well-equipped lay governors are to take on the task of overseeing such complex institutions, given that – as the introduction to the paper by Professor Michael Shattock says – "…the lay members, drawn from around the country and meeting only four or five times a year, have little knowledge of the institution".

Although they disagree about how worrisome these issues are, their comments reflect a legitimate concern: how can those governing an institution perform well without hearing the voices of all its stakeholders, or without having spent a significant amount of time getting to know the intricacies of that institution?

Some of these points are covered in "The Higher Education Code of Governance", published by the Committee of University Chairs (the CUC Code). Compliance with this is voluntary, but it is a useful guide to best practice.[1] That said, it does not – since it is not its role – offer advice on compliance.

On the question of how lay governors can become better acquainted with their institutions, the correspondents in the HEPI paper mention holding board meetings in different parts of the university campus and bringing governors together by holding "semi-structured discussions on issues such as mental health and student support services with students". These are sound ideas. The Charity Commission has produced a "Charity trustee welcome pack", aimed at newly-recruited trustees, which lists actions that they should take to ensure they are able to fulfil their duties. The National Council for Voluntary Organisations (NCVO) has also published a (freely-available) trustee induction and schedule pack, setting out the information and papers that should be provided to new trustees, and makes suggestions as to how new trustees can be guided into their role, from the time before they are appointed/elected, to their induction period, and through their first year in office.

Recruitment – getting the right balance
In the HEPI paper, one of the participants (Nick Hillman, lay governor) writes: "Too often governors are appointed over a drink after a tap on the shoulder"; the two go on to discuss how universities could make their boards more diverse. The solutions they suggest mirror those suggested to cure the lack of diversity on charity boards generally: recruit through open advertisement and, if necessary, by using head-hunters.

Element 6 of the CUC Code states that a university governing body "must promote equality and diversity throughout the institution, including in relation to its own operation" (emphasis added). It is clear from the way the CUC Code elaborates on this that it is talking about diversity in terms of race and sex etc, rather than ensuring that all stakeholders are represented. Even so, board diversity is a live issue in the charity sector, with the hashtag #charitysowhite recently trending on Twitter and a growing recognition that diversity on boards improves governance. The academic governor from the HEPI paper (Professor Steven Jones) feels that the "growing industry around governor recruitment" is "another market that…the sector doesn’t really need". That may be so, but if it helps to address undesirable board homogeneity, it is one that boards may need to be willing to embrace.

With that said, professional head-hunters are not the only option. The Charity Commission does not regulate higher education providers but has published guidance on trustee recruitment, which refers to trustee brokerage services. NCVO also runs trustee recruitment services (for organisations that are NCVO members), which span the whole charity sector.

"Governing body: The size, composition, diversity, skills mix, and terms of office of the governing body is appropriate for the nature, scale and complexity of the provider."[2]

It is hard to imagine that an imbalance on the board would, on its own, draw the adverse attention of the OfS, but a board that is struggling to achieve the right mix of people on its board due to governing documents that are not longer suitable may want to consider updating those documents.

Remuneration
The two remuneration-related issues discussed in the paper are executive salaries and the remuneration of lay governors.

Turning to the second point first: if a higher education provider is charitable, then unless its governing documents provide otherwise (or the Charity Commission has given its blessing), it cannot pay governors simply for acting as such. There has been a great deal of debate on whether allowing charities to pay trustees would help improve diversity (and board performance), but for now, the law is clear. Sections 185-188 of the Charities Act 2011 allow board members to be paid for providing services to their charities, but this is not a carte blanche. Certain criteria need to be met. For more information on paying governors of charitable higher education providers, we recommend reading the Charity Commission's guidance or seeking advice.

Vice-Chancellor salaries were a hot topic when we published this article in 2017, and the issue crops up in the HEPI paper, with Nick Hillman suspecting that "the proliferation of governors with a business background does help explain the explosion in senior staff pay". Similar controversies have long besieged the wider charity sector, with some (including former Charity Commission chair William Shawcross) considering that high CEO salaries undermine public trust in charities, but others countering that it is unrealistic to expect anyone to lead a multi-million-pound organisation without a commensurate remuneration package.

Although my colleague's article (linked above) is now a couple of years old, it is still worth reading, not least because it addresses some of the employment law issues that arise in connection with senior executive salaries. Sections 3.13-3.16 of the CUC Code deal with remuneration (and Remuneration Committees) and, last June, the CUC also published "The Higher Education Senior Staff Remuneration Code". As with the CUC Code, compliance with this is voluntary, but it offers more detailed guidance on setting remuneration, including the procedures to follow and the matters that should be taken into consideration.

Transparency
The communication issues raised in the HEPI paper are not only to do with making sure the board hears from all segments of the university community. Frustration is expressed that boards are less than open in the way they conduct themselves, making it difficult for those affected by the decisions they make to understand why they were made.

The CUC Code states that a board should conduct its affairs "in an open and transparent manner", but does not really comment beyond this. The Information Commissioner, whose responsibilities include providing guidance on the Freedom of Information Act 2000, has published a model publication scheme, together with a "definition document" for those higher education providers that are public authorities for the purposes of the 2000 Act and, as such, are subject to a statutory duty to adopt and maintain such a scheme[3]. These documents offer considerably more structured guidance, setting out "examples of the kinds of information that we would expect universities and other higher education institutions … to provide in order to meet their commitments under the model publication scheme". For instance, the default position is that minutes of meetings should be published. The definition document accepts that a higher education provider might decide not to publish certain minutes, but it should be remembered that the aim of this document is to help higher education providers comply with their duty to make information available to the public at large. It is perhaps an obvious point, but there may be occasions where publishing papers to the general public is undesirable, but making them available internally, on a confidential basis, will help foster healthy two-way communication between the governing body and other constituent parts of the university.

Conclusions
At the heart of this debate is a tension between traditional governance in higher education – in which the academic body played a fuller democratic role – and modern governance, in which smaller boards are preferred (partly for their flexibility) and board members are held to high standards in decision-making. The HEPI paper raises a number of points for university boards to consider; hopefully, this article offers some further avenues to explore.

If you require further information about anything covered in this briefing, please contact Sam Macdonald, Rachel Holmes or your usual contact at the firm on +44 (0)20 3375 7000.

[1] We also recommend the Charity Governance Code. Although not aimed specifically at higher education providers, it offers some good guidelines on charity governance matters. We published a brief article, summarising that Code, in the summer of 2017.

[2] The conditions of registration, and the public interest governance principles, form part of the Office for Students' regulatory framework, which can be found here.

[3] This duty is established by section 19 of the Freedom of Information Act 2000. 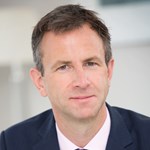