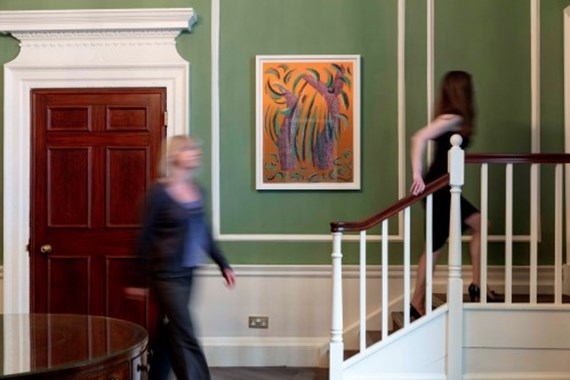 The recent case of Gelber v The Sunderland Foundation & Ors is particularly relevant to the trustees of private family trusts looking to make a distribution to a charity that is not a beneficiary of the trust, but may also be of interest to charities with links to private trusts.

The trust in question (the Trust) was created for the benefit of various family members of the Duke of Marlborough, primarily each successive heir to the dukedom. One of the Trust's assets, purchased in 1986, consisted of 166 acres of agricultural land near Blenheim Palace, the Duke's seat. The trustees had applied for planning permission to build houses on the land, with a view to selling it to a family investment vehicle for development. Compared to the land's agricultural value, the planning permission would increase its worth by 90 to 100 times.

The local planning authority granted the planning permission on condition that seventy percent of the land's net sale proceeds had to be used 'to secure the future of heritage assets'; ie for the preservation of Blenheim Palace (the heritage contribution).

Blenheim Palace is in fact the asset of two family trusts but a charity, The Blenheim Palace Heritage Foundation (the Foundation), exists to restore and preserve it and its park for the public benefit. The Foundation is not a beneficiary of the Trust so the trustees applied to the court for the power to enter into a deed of covenant with the planning authority under which they would be obliged to pay the heritage contribution to the Foundation. The court is able to give trustees such a power in certain circumstances, where it would be expedient for it to do so (meaning, broadly, advantageous or beneficial, while also being necessary to achieve the desired outcome).

For the court's decision on whether conferring the relevant power on the trustees would be expedient, the judge considered it crucial that paying the heritage contribution to the Foundation was the only way for the trustees to unlock the development potential of the land and therefore realise its value. Even after deduction of the share of the sale proceeds earmarked for the Foundation, the thirty percent that the Trust would retain amounted to a value increase of the land by a factor of twenty to twenty-five. This was obviously of great benefit to all current and future beneficiaries of the Trust.

The judge was also influenced by the evident alignment of beneficial interests between the Trust and the other Marlborough family trusts which own Blenheim Palace. In that sense, the Trust's significant financial contribution to the upkeep of the building and park would indirectly benefit the successive primary beneficiaries of the Trust, who are due to come into possession of the Palace under the Parliamentary Settlement.

The judge additionally noted that all the adult beneficiaries of the Trust (and the minor beneficiary's representative) were in favour of the transaction, and that it had no negative tax consequences for the Trust.

This case potentially provides a new route for a private trust to make distributions to charities that are not among the trust's beneficiaries (via an application to court).

However, its further application is likely to be limited. By unlocking the development potential of the land, the distribution to charity in this case provided tangible financial benefit to the Trust's beneficiaries, a scenario unlikely to arise very often. Furthermore, the Foundation will use the funds to preserve Blenheim Palace, in whose private apartments the primary beneficiary of the Trust will have the right to live when he becomes the next Duke – another unusual situation, likely to be of relevance only to landed estates owned and managed by a combination of private family trusts and a charity.

For charities with links to private trusts, the line of cases starting with Re Clore's Settlement Trusts may be more useful. This case provides the authority for trustees to make a distribution to a non-beneficiary, in this case a charity, at the request of a beneficiary of the trust, on the basis that it is of material benefit to a beneficiary to discharge his/her moral or social obligations to dependants or charities, among others. In particular, the court noted that making appropriate charitable donations is a recognised moral obligation of wealthy individuals.

More recently, in X v A and Ors, the judge denied a request from the trustees to donate the substantial part of the trust fund to charity at the request of the settlor and his wife (who was also the main beneficiary). The amount was considered to be in excess of any reasonable moral obligation which the beneficiary could objectively be said to have, nor would she have to meet it out of her own resources if the trustees did not do so. Another influential factor was that other beneficiaries opposed the application.

All of these cases involve donations being made to charities set up by the family in question and it is therefore an interesting question whether the courts would treat applications to make donations to completely unconnected charities any differently. Arguably there is a greater alignment of interests where a donation is made by a private family trust to a charity which that family has founded, developed and may even run.

Gelber v The Sunderland Foundation & Ors thus can be seen as part of a growing trend for the courts to facilitate charitable donations by private family trusts where the beneficiaries are in favour, the amount is appropriate in relation to the total trust assets and there are no major negative consequences for the trust as a whole. 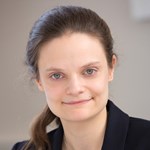