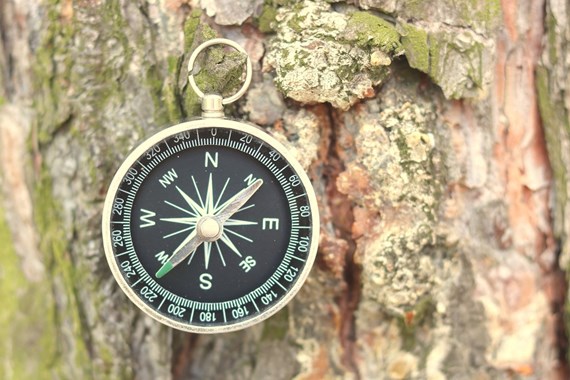 While the Commission's rationale for initiating the case against the National Trust had been questioned by some, the Commission's concluding statement and blog post by its chief executive gave the National Trust the all clear and served as a valuable reminder to trustees of the importance of having effective and robust governance and decision-making practices that are evidenced in writing.

How to engage in good decision-making as charity trustees

In its guidance on decision making, the Commission sets out the principles that charity trustees should follow to make sound decisions and fulfil their legal responsibilities.

The Commission’s response to the National Trust case illustrates ways that trustees are expected to implement these principles in practice, notably:

Record every part of the decision-making process. This will include who attended what and when, what information and advice trustees used and how they used it, options considered, any disagreements, and the main reasons for the decision. These records may be the minutes of meetings or separate notes and correspondence. In the National Trust case, the Commission concluded that the trustees of the Trust were able to demonstrate that they “explicitly considered and determined” the Interim Report was compatible with the Trust’s charitable purposes and “recognised and carefully considered” the potential effect of the Report’s publication.

2. Make decisions that are in line with the charity’s purposes

A key area of focus for the Commission in the National Trust case was whether issuing the Interim Report was in furtherance of the National Trust's purposes. The Commission found that trustees could demonstrate they had explicitly considered and determined that commissioning and publishing the report was compatible with its charitable purposes, which include the preservations of lands and tenements of beauty and historic interest. Clearly (and as demonstrated by the trustees) their remit in the preservation of these historical properties includes researching and preserving what is of historic interest about them. Trustees should always be mindful of this and place their charitable purposes as set out in their governing documents at the centre of their decisions.

3. Ensure that decisions are in the best interests of the charity

Trustees must act in the best interests of their charity. In the National Trust's case, they also consulted a panel of 2000 members, from which they found considerable support for research into challenging histories, provided the findings were appropriately researched and contextualised (which the Commission noted in their conclusions). But how do trustees determine whether decisions are in their charity’s best interests? Both the Commission guidance and the Charity Governance Code describe a number of questions and practices that trustees can put in place which will assist with acting in their charity's best interests. For example, this will include determining how such decisions will affect the charity’s activities, weighing up the risks and benefits of such decisions, and making sure that there is a strategy for regular and effective communication with stakeholders and regularly evaluating the charity’s impact.

4. Pre-empting risks and factoring this into the decision-making processes

As part of their conclusions, the Commission concluded that the National Trust's planning and approach did not fully pre-empt or manage the potential risks to the National Trust in commissioning and publishing the Interim Report. Specifically, the Commission believed the National Trust could have done more to clearly explain the link between the Interim Report and their charitable purposes. What we assume the Commission is getting at here (although they didn’t explicitly state it) is that the Commission was concerned that the trustees of the National Trust didn’t fully acknowledge the public controversy that would likely be generated from the Interim Report. As such, trustees should be particularly conscious of actions which may generate additional public attention and have the potential to affect a charity’s reputation (and we imagine they envisaged the possibility of indignant public outcry here). While such explanations may not eliminate the risk of negative responses, they allow charities to demonstrate that such risks have been considered. However, with that being said…

5. Trustees are afforded a wide discretion in decision-making

Ultimately, the Commission will only ever consider whether a decision was within the “range of decisions” that a reasonable trustee body could have made. The Commission cannot (or certainly should not) judge whether the trustees decision was “right” or “the best decision” as that would be entirely subjective and improper. Trustees are afforded a wide discretion as to how they further their charity’s purposes and should have regard to modern and evolving socio-economic circumstances (particularly in relation to the interpretation of those purposes) to stay relevant and valid.

Our recommendation would be to always follow the four steps of good decision-making outlined above, particularly when dealing with issues likely to be deemed controversial in the eyes of the public (or a small, vocal section of it as seemed to be the case with the National Trust). Although the Commission’s actions in opening a case against the National Trust will understandably cause some concern among charity trustees, always remember your wide discretion and document, document, document!

If you require further information about anything covered in this briefing, please contact Ben Pass, Kay Lubwika Bartlett, or your usual contact at the firm on +44 (0)20 3375 7000.