Not-for-profit governance: Consultation launched on changes to the governance code

It is perhaps little surprise that changes are proposed to the sector's governance code after a difficult couple of years for the sector with widespread attacks from the press on issues ranging from remuneration of senior staff to fundraising. This article considers the principles identified in the consultation draft and reviews some of the less straightforward changes proposed.

It is perhaps little surprise that changes are proposed to the sector's governance code after a difficult couple of years for the sector with widespread attacks from the press on issues ranging from remuneration of senior staff to fundraising.  The new code reframes the principles in the current governance code in a modern way that resonates with some of the changes seen in corporate governance in the commercial sphere.

Greater focus on risk management, diversity and transparency is evident in the consultation document.  The proposals include some controversial suggestions including a requirement for trustees to take account of the wider charitable sector and to consider mergers or collaborative working if trustees determine others are fulfilling similar purposes more effectively.

This article considers the principles identified in the consultation draft and reviews some of the less straightforward changes proposed.  Both versions of the code are available here: http://www.governancecode.org/

Background to the code

'Good Governance: A Code for the Voluntary and Community Sector' (the Code) has no statutory or regulatory force.  However, it is widely recognised as setting standards in good governance across the voluntary sector.  Charities are encouraged to follow the Code to ensure the effectiveness of their governance arrangements.

The current version of the Code was published in 2010, which updated the original version of the Code published in 2005.  The consultation draft of the new code (the New Code) was prepared with input from six member partners including key sector umbrella bodies who draw on a breadth of experience across the sector in articulating a code for charity trustees looking to strengthen their current governance systems and practices.

How trustees are encouraged to use the Code

Trustees of larger charities are encouraged to take an 'apply or explain' approach to the New Code, which mirrors how the UK Corporate Governance Code works for large listed companies.

The 'apply or explain' approach requires trustees either to follow the recommended practice in the New Code or explain in their annual report the rationale for taking an alternative approach in that area of governance.  Given some of the prescriptive recommendations in the New Code (a few of which are considered later in this article), this could prove to be a significant additional reporting obligation for charities wishing to adopt this approach and report against the New Code's recommendations.  It is open to question whether it is helpful to seek to increase the burden on charities given this is not an under-regulated sector, with regulation by the Charity Commission, HMRC, and the Fundraising Regulator. There is also some overlap with reporting obligations contained in the Charities SORP.

The New Code recognises that other governance codes may apply to charities working in particular areas (such as higher education, sport or housing) and in those cases the sector-specific codes may take precedence.  Trustees are encouraged to state which governance code they are following.

The New Code recommends its greater and more regular use by trustees as a tool to deliver continuous improvement.  Leaving aside the question of whether continuous improvement is possible, the idea that the New Code should be referred to regularly by trustees seems a sensible one that may prompt trustees to consider governance regularly and whether any changes to existing arrangements are warranted.

The New Code is based around seven high-level principles.  For each principle there are recommended practices.  These seven principles are based on the 'Foundation principle' that trustees are committed to their charity and understand their role and legal responsibilities and are committed to good governance.

The only principle in the New Code not easily tracked to the existing Code is the principle of diversity.  Diversity, however, is not overlooked in the current Code as it is referred to both specifically in relation to Board diversity and it is noted that it underlies each other principle.  That said, as a standalone principle it may gain greater attention from trustees, when it is one of seven principles of good governance in the charity sector.

Below is a summary of the principles in the New Code, together with an example of a recommended practice for that principle.

Fundamental changes to the code of governance

Many of the recommendations in the New Code are obviously sensible inclusions in any governance code for charitable organisations.  That is not to say the New Code is not without its quirks and there are three areas of change to highlight, in particular, which are:

1. A more prescriptive approach for larger charities;
2. Boards being obliged to take the wider voluntary sector into account;
3. Boards regularly assessing whether other charities are 'fulfilling similar purposes more effectively' and if so contemplating merger or collaborative working.

These are each commented on below.

In many respects, the New Code is sufficiently broadly drafted that for many charities it will be straightforward to confirm the principles are being followed.  However, the New Code is more prescriptive in some of its requirements of larger charities, which is described as meaning those charities with audited accounts.

An example of this prescriptiveness is that under the principle of Board Effectiveness it states that the board should have a vice-chair (or similar) to be a sounding board for the chair and to act as an intermediary between chair and other trustees.  Whilst this sounds perfectly sensible, it is possible that for some charities this is not an appropriate system (particularly if a Board is fairly small) and it is difficult to see that this is an essential aspect of delivering good governance within a charity.  Similarly, the New Code recommends that the remuneration of senior staff is published on the charity's website together with a statement of how remuneration is set.  Again, this could be seen as a reasonable and transparent step for a Board to take, but it seems quite prescriptive for this to be required by a code of governance intended to cover the breadth of the charitable and voluntary sector (particularly given certain information on staff pay is already required to be published in charity accounts).

2. Boards being obliged to take the wider voluntary sector into account

Under the principle of integrity it states that "The board is aware of the importance of the public's confidence and trust in charities, and trustees undertake their duties accordingly."

This statement appears to place onto charity trustees a responsibility of the Charity Commission to promote trust and confidence in charities.  While charity trustees can, through their actions, promote public trust and confidence, the responsibility of trustees is to act in the way that is expedient in furthering the interests of the charity's purposes and not the interests of the wider sector.  There must be a risk here of asking trustees to serve two masters if the Code states trustees must consider not only furthering their charity's purposes but also contemplate public trust and confidence in charities generally.

As a practical example, a charity trustee may be asked to defend charitable fundraising practices used throughout the sector.  The trustee may decide to decline such an invitation if he or she believes that making this defence could result in negative press attention for his or her charity thereby undermining achieving its charitable purposes.  However, declining this invitation may not promote and may even undermine public trust and confidence in charities.  A trustee must be entitled to put the interests of the charity they serve above the wider sector in performing their duties, and arguably this principle could muddy the waters for trustees in how they must fulfil their duties.

3. Boards regularly assessing whether other charities are 'fulfilling similar purposes more effectively' and if they are consider partnership working, merger or dissolution

This is a rather unusual suggestion.  It presupposes that mergers and collaborative working are simple to achieve and always result in greater charitable impact being delivered.  The other presumption is that trustees cannot improve the services they deliver without a merger or other form of joint working.  There must also be a danger with this suggestion that it could ultimately lead to a lack of diversity in providers of charitable services within a particular location.

Whilst nobody would suggest that trustees continue to pursue irrelevant and outdated purposes, the New Code could perhaps better recognise that improving a charity's provision can take a variety of forms and need not necessarily involve 'nuclear' options such as merging with other charities, partnership working or dissolving.

The consultation is open until 3 February 2016 and those with an interest in charity governance are encouraged to provide feedback on the draft.  The new version of the code is then likely to emerge during 2017. 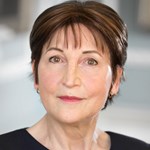