Readers will be well aware that: (a) the new deemed domicile rules restrict the length of time in which an individual who is non-domiciled (non-dom) under general law can benefit from the remittance basis of taxation; and that (b) where an offshore trust has been set up by a non-dom individual prior to becoming deemed domiciled (deemed dom), the trust will benefit from certain tax protections which are lost if the trust is "tainted" after the individual has become deemed dom.

Finance (No 2) Act 2017 provided the final detail on these changes (delayed by the earlier UK general election of 2017). In getting to grips with the complexities of the legislation it should be borne in mind that there are two relatively simple steps which can be taken which, for many non-doms, will be hugely advantageous. These are:

(i) rebasing for capital gains tax;

The advantage of rebasing is limited to those who became deemed dom on 6 April 2017. As with other elements of the deemed dom legislation, returnees who were born in the UK with a UK domicile of origin are excluded from any advantage.

For qualifying individuals, if an asset was held on 5 April 2017 and was not situated in the UK from 16 March 2016 (or the date of acquisition if after 16 March); and if a claim for the remittance basis was made for any tax year prior to 2017/18, then in computing the gain or loss accruing on eventual disposal, it is to be assumed that the taxpayer acquired the asset on 5 April 2017 for a consideration equal to its market value at that date.

(i) whether one acquired deemed-dom status on 6 April 2017 with relevant assets and, if so, would it be advantageous for rebasing to apply?

(ii) if so, is there an existing claim for the remittance basis or is there a requirement to make such a claim? (Time limits for a claim will need to be considered as will costs of such a claim relative to the tax advantages of rebasing.)

(iii) would it be useful to get a current valuation of the asset at 5 April 2017 (as, if an asset is disposed of some years later, disputes as to 2017 value may occur)?

As with rebasing, returnees who were born in the UK with a UK domicile of origin are excluded. Other than that, cleansing is available to anyone who was entitled to the remittance basis of taxation in a year before 2017/18.

Cleansing consists of transferring monies from an existing offshore account to a new offshore account. The transfer must be made in tax year 2017/18 or 2018/19. The huge benefit of the cleansing option is to separate income, gains and clean capital from a mixed fund into separate accounts and thus avoid the rules assuming that remittances from a mixed fund should be taxed on the basis that the highest taxable components are remitted first.

Cleansing is done by nomination and that nomination must be made in tax years 2017/18 or 2018/19 according to the procedural rules in the legislation, for example the transfer must be a transfer of money. There are also rules as to how to compute the clean capital in a mixed fund which contains pre-6 April 2008 income or gains.

The term "nomination" will be familiar to those who, after seven years of UK residence, have applied for the remittance basis of taxation in previous tax years. In that instance, the "nomination" process involved a referral to HMRC as part of making a claim to the remittance basis. The current legislation makes no reference to the need to make a claim to effect cleansing. That said, it is recommended that any cleansing exercise should at a minimum keep clear records of what has been happening and detail the 'nomination' of accounts.

In some instances, especially in old accounts, available records may be inadequate to calculate the clean capital element precisely. Also, where the overall value of the account is relatively modest, there may be a concern that the computational costs of getting to a clean capital figure could be disproportionate to any value gained. In such instances, rather than lose the substantial benefits of cleansing, a methodology could be adopted which is proportionate to the value of the account and a detailed note prepared of how and why that methodology was used.

A disadvantage of offshore asset disposals is the inability to separate the gains element of the disposal proceeds from the pure capital element with a consequent disadvantage for any future remittances. Cleansing seems to offer the opportunity to separate the pure capital and the gains elements. In fact, on the face of the current legislation, and subject to any HMRC clarification, there would seem to be the opportunity to make the separation where the disposal occurs after 5 April 2017 and there is a subsequent cleansing within the two year window.

Cleansing offers clear tax advantages. However, to gain full advantage it must not be done on a piecemeal basis. An overview of the client's circumstances should be carried out leading to a list of objectives, actions required to achieve these objectives and a timetable. A Note of the "cleansing" exercise should be prepared identifying procedures carried out and, in the computational analysis, clarifying any assumptions used and why.

If you require further information on anything covered in this briefing please contact Andrew Watters, Claire Randall or your usual contact at the firm on 020 3375 7000. 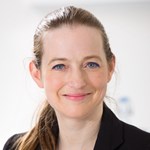