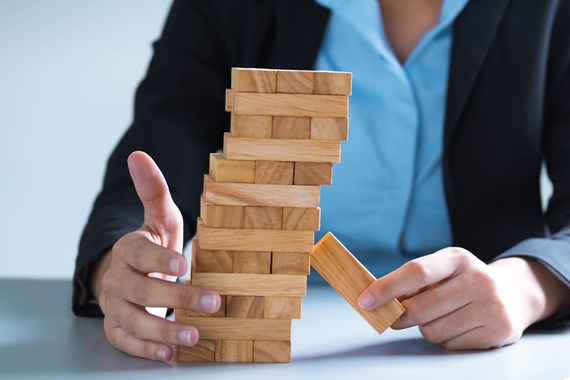 A recent case has highlighted how a charity which carries out trading or charitable work through a subsidiary company could potentially incur tortious liability for activities which are carried out in the subsidiary company, despite being legally separate.

The case will be of particular interest and relevance to charities which operate as part of a corporate group, or use subsidiary companies for trading purposes or to undertake charitable activities overseas.

How could liability attach to a parent company?

At first glance the facts of the case seem far removed from the UK charity sector.  Vedanta is the ultimate UK parent of a Zambian mining company which operates what is believed to be the second largest open-cast mine in the world. Vedanta sought to shield itself from liability by invoking the corporate distinction between the UK entity and its Zambian wholly-owned subsidiary.

While the case itself was limited to the question of jurisdiction, the Supreme Court found that there was a real triable issue as to whether the parent company had incurred a common law duty of care to the people living and working in the vicinity of the mine due to having sufficiently intervened in its management, notwithstanding that it was owned, and ostensibly operated, by the subsidiary.  In essence, the question boiled down to whether the parent had exercised a sufficiently high level of supervision and control of activities at the mine, with sufficient knowledge of the propensity of those activities to have certain consequences, as to incur a duty of care to individuals who suffered harm as a result, following the general principles of tortious liability.

The following were cited as (non-exhaustive) examples of the sorts of circumstances in which a parent could incur a duty of care to third parties harmed by the activities of a subsidiary:

(a) where the parent has in substance taken over the management of the relevant activity in place of or jointly with the subsidiary’s own management,

(b) where the parent has given relevant advice to the subsidiary about how it should manage a particular risk,

(c) where group-wide policies and guidelines laid down by the parent contain systemic errors which, when implemented, cause harm to third parties and the parent takes active steps to see that they are implemented,

(d) where activities hived down to a subsidiary involve inherently unsafe systems or processes,

(e) where the parent publicly holds itself out as exercising control and supervision over subsidiaries in relation to the establishment, implementation and enforcement of group policies (in Vedanta’s case, environmental control and sustainability standards) but does not actually do so.

Implications for the charity sector

The case prompts consideration of how charities structure their relationship with subsidiaries, whether formed for the purpose of trading or for undertaking charitable activities overseas under the same “banner” as the charity itself.

Charities are generally advised to hive down “non-primary purpose” trading in order to mitigate tax risk, and that hiving down more speculative or risky activities (whether charitable or not) can be an effective way of insulating charitable assets from trading losses. The Charity Commission’s main guidance on trading states that “A trading subsidiary must be used in any case where there would be a significant risk to the assets of the charity, if it were to carry on non-primary purpose trading itself. The trading subsidiary must be set up in such a way as to protect the parent charity and its assets from the risks involved in the trading”.

The distinction between charities and their commercial subsidiaries is not always as clear as it could be, and questions frequently arise about the proper relationship between the two. In recent years, charities have been criticised by the Charity Commission for not exercising sufficient oversight and control over subsidiaries, particularly where there is an actual or perceived risk of conflict between (on the one hand) the charitable objectives of the parent and (on the other) the revenue generating objectives of the subsidiary.

Many charities choose to establish subsidiaries to undertake charitable activities overseas with the aim of ringfencing risk away from the assets of the parent entity. Where such charities adopt group-wide policies (for example in relation to health and safety or safeguarding) and the parent oversees the implementation of those policies, they will now need to consider whether deficiencies in them could potentially expose the parent charity to liability.

The Vedanta case (and others like it) will prompt charities to ask how exactly a subsidiary should be set up to ensure that (as far as possible) their assets are protected from risk, and whether there are any aspects of their existing relationships which might require review:

The bigger picture: food for thought?

The Vedanta case adds another dimension to the question of control versus independence. Insofar as it threatens to further erode the distinction between parents and subsidiaries, it may also contribute to the broader debate about charities and trading. A recent report has proposed that charities be permitted to undertake all trading themselves without the need for a separate trading company, on the grounds that the current system is costly and burdensome and does not adequately address issues of risk. While this would clearly be a substantial shift in policy, it highlights the complexities that continue to arise in this area and in relation to which charities may welcome some clarification.