950 years ago the Norman Conquest joined England to the continent (BrEntry, if you like). Amongst other things, the Conquest brought Feudalism, a legal system based on doctrines of tenures and estates which formed the basis of land law for centuries. The pace of legal change was so glacially slow that, until the reforms of 1926, twentieth century land lawyers dealt day-to-day with a bafflingly complex system created 800 years before.

It is tempting to hope that the promised Great Repeal Bill (of the European Communities Act 1972) might result in simplification of our law today, but in the short term such an Act is likely to ensure the continuity of existing regulatory frameworks. Change will be slow. Besides, we have always been quick to blame Brussels. Our own legislators will continue to generate law in vast quantities: there will always be tax (Rhoddy Voremberg writes on the extension of IHT to UK property held in overseas structures), divorce (Nick Bennett on the division of non-matrimonial property) and fly-tipping (Patrick Hammond considers the latest local authority powers). This year is also the 500th anniversary of the publication of Sir Thomas More’s Utopia. A lawyer himself, here is how More imagined the legal system in the fantasy island of Utopia (or “No Place”):

They have but few laws, and such is their constitution that they need not many. They very much condemn other nations, whose laws, together with the commentaries on them, swell up to so many volumes; for they think it an unreasonable thing to oblige men to obey a body of laws that are both of such a bulk, and so dark as not to be
read and understood by every one of the subjects.

They have no lawyers among them, for they consider them as a sort of people whose profession it is to disguise matters…

Click here to read the Summer edition of the Rural Estates Newsletter. 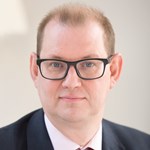