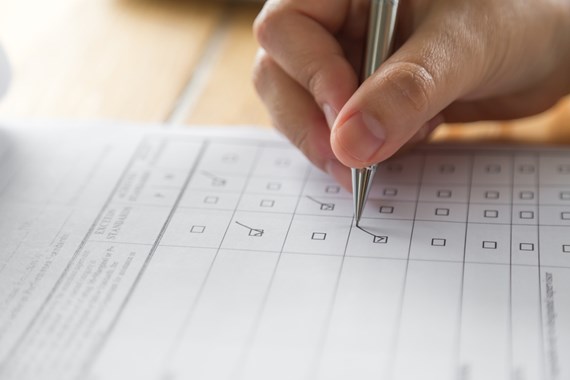 This is a note of some developments in the Charity Commission’s practice around serious incident reports (RSIs, to use the Commission’s term). We will look particularly at:

When making RSIs, charity trustees are increasingly having to consider not just their own incidents, but those affecting partner organisations with which they deliver their work. Many readers will be familiar with the Grail Trust case from 2017, where the Commission criticised a UK charity essentially for the acts and omissions of a sister organisation in India with shared branding. Partly in response to that and cases like it, it seems, the Commission issued new guidance late last year on “Reporting a serious incident in your charity when it involves a partner”.

In each of these situations, the Commission sees scope for the charity having to make a RSI, though clearly there will be much greater likelihood of a report being required in the circumstances at the top of the list, and the Commission acknowledges that this will be far rarer where “the incident does not involved the charity’s funds, brand or people and has little or no impact on the charity” but nonetheless the charity “should still consider whether there are any areas for improvement or changes required to policy or procedures in relation to such incidents”.

It’s no surprise that the Commission maintains its usual focus throughout the guidance on the possibility of reputational harm arising for the charity, seeing this as a risk even where the incident and partner organisation are quite remote from the charity.

In light of this emphasis, charities are having to be much more cautious when working with delivery partners, even when they are some way downstream. In many cases this will involve building mechanisms into agreements with partners that require incident reports to be made “up the stream” and back to the charity by partners, so that the charity can consider whether to makes its own RSIs to the Commission.

All of this may make it seem that far more RSIs will be needed than before, which may be troubling for some trustees. Happily, while there is indeed an ever-growing focus at the Commission on the need for charities to make RSIs (and charities have been criticised for failure to make them, or to make them in sufficient detail – for example, in the Oxfam case), it’s clear that over-reporting is not likely to be a regulatory problem. Indeed, the Commission indicated at a roundtable meeting on RSIs last year that it will sometimes view an increase in RSIs from a given charity as a positive development, as it may show that the trustees are scrutinising their undertaking more closely than before.

Of course, the only legal obligation to make RSIs exists in respect of the annual return to the Commission, where charities are required to confirm that all serious incidents arising during the period have been reported. But the Commission makes clear that it expects RSIs to be made much more promptly and indeed even when full facts around an incident have not yet been gathered; its preference seems to be for an initial report to be filed that will allow case-officers to follow up swiftly with advice, guidance and questions, and to intervene where necessary. This can present challenges, particularly where for example a report relates to a partner organisation and the charity may not have ready access to information, and where it is difficult to obtain the (necessary) trustees’ approval to the filing and terms of the RSI, perhaps due to an incident occurring during a holiday period.

Many readers will be aware of, and perhaps frustrated by, the new online form that the Commission requires reporting charities to use. The portal is far from ideal, particularly in that there is no mechanism to save and return to a report, meaning it is difficult to prepare a draft and then obtain the trustees’ approval before filing. This is also problematic as obviously it is an offence to mislead the Commission; one would expect that that would militate in favour of a format allowing reporters to take great care before filing, but apparently not.

The constraints of the form and its thematic structure also mean that sometimes it’s difficult to give an answer that is as nuanced as reporters might like; one is led down a path of check-boxes and one-word answers that don’t always fit the circumstances precisely. There is also no function to upload any documents in support of a RSI, the character limits are inadequate in places and… I could go on.

In short, the portal needs some work. But it seems that we must just do our best, and flag where necessary that case officers will need further information or evidence to be able to respond adequately to a report made via the portal.

The Commission does acknowledge all of this and is generally responsive – at its own pace – to feedback, so please do pass any comments on to them.

A piece of good news is that the Commission now has a dedicated team (of around five) sitting within its regulatory compliance department to consider RSIs made via the portal. These are then dealt with by that team or triaged to other teams if they present more complex or serious issues.

The RSI team, we understand, typically responds to reports within two to ten working days and only needs to seek more information in around 10 per cent of cases (as opposed to 70 per cent with the previous email submissions system).o It’s easy to see how this greater efficiency is helpful but it’s incumbent on all of us in the sector to keep an eye on how the Commission’s practice around RSIs develop, and to let the Commission know where any issues arise.

If you require further information about anything covered in this briefing, please contact Philip Reed, or your usual contact at the firm on +44 (0)20 3375 7000.