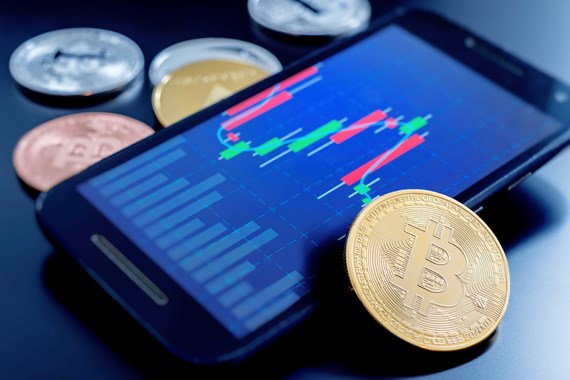 On 12 September 2018, the House of Commons Treasury Committee (the Committee) published its report on crypto-assets (the report). This followed a digital currencies enquiry it launched in February of this year to examine, among other things, the role of digital currencies in the UK and how regulation could be balanced to provide adequate protection for consumers and businesses without stifling innovation. This article provides a summary of the report in the context of regulatory changes that we may expect to see in the future.

In October 2008, the white paper on Bitcoin penned under the pseudonym Satoshi Nakamoto stated: “Commerce on the Internet has come to rely almost exclusively on financial institutions serving as trusted third parties to process electronic payments. ... What is needed is an electronic payment system based on cryptographic proof instead of trust, allowing any two willing parties to transact directly with each other without the need for a trusted third party.”

The purpose of Bitcoin was to create a cryptocurrency (the report refers to cryptocurrencies as “crypto-assets”) that, unlike traditional currency, could be transferred electronically without the involvement of intermediaries such as banks or the oversight of a central authority such as a central bank. In the past decade, a number of crypto-assets in addition to Bitcoin have emerged, some of which may share the original intent of Bitcoin to serve as a means of exchange without the need for a third party. The report considers self-regulation within the crypto-asset industry to be “insufficient” and states: “The UK Government and financial services regulators appear to be deciding whether they will allow the current ‘wild west’ situation to continue, or whether they will introduce regulation. The current ambiguity surrounding the Government’s and the regulators’ positions is clearly not sustainable”.

Firms in the UK will be familiar with the “General Prohibition” under the Financial Services and Markets Act 2000 (FSMA) that does not allow a person to carry on a regulated activity in the UK by way of business unless they are authorised or exempt. The Financial Services and Markets Act 2000 (Regulated Activities) Order 2001 (RAO) sets out activities that are regulated under FSMA and includes, for example, advising on investments. Section 21 of FSMA also restricts unauthorised persons, in the course of business, from communicating an invitation or inducement to engage in investment activity (a “financial promotion”) unless an exemption applies. Breach of both the General Prohibition and the financial promotions regime is a criminal offence. A person who communicates a misleading or inaccurate financial promotion may face sanctions under FSMA and/or (if they are authorised) disciplinary action by the Financial Conduct Authority (FCA).

Authorised financial services firms are subject to strict regulatory requirements as to how they conduct their activities and organise themselves. When financial services are provided by authorised firms and things go wrong, consumers are entitled to certain redress mechanisms such as complaining to the Financial Ombudsman Service and in the event of a firm’s default, an investor could get a limited amount of compensation from the Financial Services Compensation Scheme. However, crypto-assets and the majority of initial coin offerings are not currently subject to any of these rules, hence eliciting comments from the Committee regarding the “wild west”.

The FCA’s written evidence to the Committee stated that crypto-assets that are designed primarily as a means of payment/exchange are not within the scope of FCA regulation because they generally will not meet the criteria to be considered a specified investment under the RAO and nor in the opinion of the FCA would they qualify as funds or e-money in the Payment Services Directive 2 or the E-Money Regulation 2009. While a firm that safeguards and administers investments such as shares and bonds is required to be authorised by the FCA and adhere to the FCA’s client asset rules, since a crypto-asset is not a specified investment under the RAO, crypto-exchanges that administer and safeguard crypto-assets do not need to be regulated by the FCA or follow the FCA client asset rules.

The report identifies that advertisements in relation to crypto-assets highlight the potential for quick returns on investments in crypto-assets. Such advertisements do not come within the financial promotions regime since they do not relate to a “regulated activity”. As a result, they are not subject to the FCA’s rules and the regulator does not have any powers to withdraw a misleading advertisement or sanction its promoter.

ICOs allow an issuer that is looking to create a new coin, application or service to raise investment from investors in return for issuing tokens or “coins”. Whether an ICO is regulated depends on how the particular ICO is structured and what the token subsequently represents or is exchangeable for. An ICO can either issue a “security token” or a “utility token”. Security tokens allow the token owner to obtain ownership rights in respect of the issuer and are thus more akin to equity participation while utility tokens give the token owner the promise that the token may be used in the future for a product or service provided by the issuer.

A security token that represents or is exchangeable for a transferable security such as shares or bonds falls within the FCA’s regulatory remit as a specified investment, thus requiring the FCA to ensure an appropriate degree of protection for ICO investors as consumers. However, utility tokens that represent a claim on prospective services or products do not amount to specified investments and are outside the scope of the FCA’s regulatory remit. The FCA states in the report that most ICOs are not regulated by the FCA and many are based overseas.

If an ICO is not structured in a manner that falls within the FCA regulatory remit, advertisements to invest in such ICOs are also not subject to the FCA’s rules. While a company issuing a prospectus for a public offer of transferable securities would be required to comply with the Prospectus Rules on the content of its prospectus, an ICO that falls outside the FCA’s regulatory remit does not have to follow such rules.

Future of crypto-asset and ICO regulation

The report identifies two ways by which regulation of crypto-assets could be introduced in the UK – either by incorporating crypto-assets into the existing financial services regime under FSMA or designing a new framework of regulation specific to crypto-assets. Since designing a new framework of regulation would take a considerable amount of time, the report recommends that the RAO is extended to include crypto-assets as specified investments. The report also asks the government to consider what “activity” related to crypto-assets should be specified in the RAO and the ramifications of introducing such a new “regulated activity”. The report states, in its view, any such regulated activity should cover the provision of crypto-exchange services.

In considering its approach to crypto-asset regulation, the Committee encourages UK regulators to engage with international bodies to ensure best practice from other regulators is learned and applied to the UK context. This is especially important because crypto-assets can be created and traded anywhere in the world. For example, Japan’s Financial Services Agency (FSA) approved 11 companies as operators of crypto-asset exchanges after it recognised Bitcoin as legal tender and required crypto-asset exchanges to register with the FSA. This approach has been commended in some industry responses received by the Committee.

Malta has also recently introduced regulation to cover the treatment of crypto-assets, the launch of ICOs and subsequent treatment of assets offered to investors. Iqbal Gandham, the Chair of Crypto UK and Managing Director of eToro, told the Committee that regulation could have wider benefits for the competitiveness of UK financial institutions since exchanges are currently going to jurisdictions such as Malta, Gibraltar and Switzerland but “would be more than happy to be regulated and operate out of the UK”.

While crypto-asset exchanges are not included in the AML regulations currently in force, regulatory initiatives to bring crypto-asset exchanges into the money laundering regulations are being introduced in the EU though the Fifth AML Directive (the Directive). The recitals of the Directive, adopted on 19 April 2018, state: “for the purposes of anti-money laundering and countering the financing of terrorism . . . competent authorities should be able, through obliged entities, to monitor the use of virtual currencies”.

The Directive introduces definitions of “virtual currencies” and “custodian wallet providers” and amends the Fourth AML Directive to require that custodian wallet providers and providers that exchange between virtual currencies and fiat currencies are registered. Under the Directive, crypto-asset exchanges will have to comply with AML and counter-terrorist financial rules. The report also notes that while some crypto-asset exchanges are preparing for the implementation of the Directive, they also need further guidance from the government and regulators.

The FCA issued a warning in September 2017 that stated that ICOs were “very high risk, speculative investments” and that investors should be prepared to lose their entire stake. In addition to the risks posed generally by crypto-assets, the report also highlights that consumers who invest in unregulated ICOs face risks such as economic detriment. The report acknowledges that aside from drawing attention to the risks, there is little the FCA can do within its current regulatory remit to protect individuals from being defrauded or losing their money since ICOs are not within the FCA’s regulatory remit.

While there may be no explicit promise of financial returns, the report states that investors in ICOs are clearly buying tokens in the hope of selling them at a profit. The report cites a speech given by Jay Clayton, Chairman of the US Securities and Exchange Commission (SEC), where he notes that in the US, “calling a token a ‘utility’ token or structuring it to provide some utility does not prevent the token from being a security”. In the US, utility tokens would generally be treated by the SEC as a security and regulated as such. The FCA has stated in the report that the difference in law is due to the fact that the US applies case law when assessing whether something is a security – “does it look and feel like an investment, because you are investing for some form of speculative return?” In comparison, in the UK, the definition of a ‘financial instrument’ is laid down in legislation.

The report states: “The development of ICOs has exposed a regulatory loophole that is being exploited to the detriment of ordinary investors. The Regulated Activities Order should be updated to bring ICOs within the FCA’s perimeter as a matter of urgency, and bring investor protections into line with those in the United States”. As with crypto-assets, the report also recommends that the Government consider what “activity” related to the issuance of ICOs should be specified in the RAO.

The report gives every indication that UK regulation of crypto-assets is on the way and suggests that regulation could have wider benefits for the competitiveness of the UK financial services industry. For some time, the question that has been asked is if crypto-assets will be regulated; the report makes clear that it is simply a matter of when. 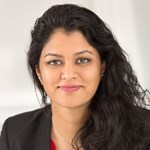