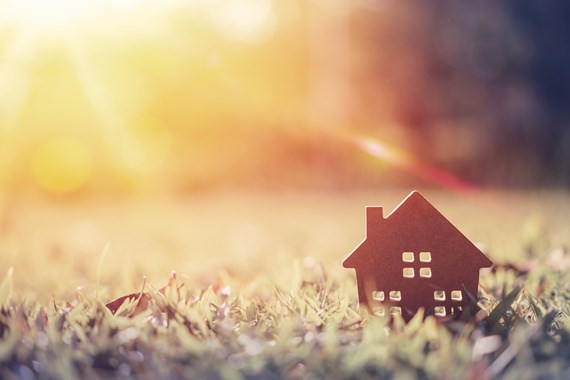 This article is one of a series of articles focusing on some of the more technical changes envisaged by the Charities Bill, which was published on 26 May 2021. This series is intended to provide a helpful resource in considering these changes and their implications for you and your charity.

The regime which applies to disposals of charity land under Part 7 of the Charities Act 2011 (the Act)[1] has its fans and its detractors.

For some, it has saved many a charity from a bad bargain and offers a reassuring rubric to follow when making significant decisions; for others, it contains what the courts have referred to as the “numerous tripwires”[2] which trustees must take care to avoid in order to ensure compliance with a regime that can seem counterintuitive.

One thing, which is widely acknowledged, is the difficulty of providing for a huge range of types of transaction within a single regime: Part 7 can apply to the sale of a storied stately home or to the disposal of a wayleave for the maintenance of telecoms equipment, and to a straightforward freehold sale or a complex option and promotion agreement.

Many charities may have struggled to shoehorn more sophisticated property transactions into the requirements of Part 7; conversely, for charities which do not regularly deal in property, compliance with Part 7 is likely to have offered some comfort to trustees that they have discharged their legal duties in relation to what may be the most significant transaction they have considered while in office.

The draft Charities Bill (the Bill) proposes a number of changes which are aimed at addressing perceived shortcomings of the existing regime and introducing greater flexibility into the procedure which charities are obliged to follow when they wish to dispose of interests in land.

This article looks at how useful the changes are likely to be, what issues they may raise and any next steps that might be taken in relation to them.

Changes to the advice requirement

At present trustees who are considering a disposal must:

The Bill makes changes to (a) in terms of who can provide the advice, what the advice should cover and the form it may take, and to (b) by removing the automatic requirement to advertise a proposed disposal in the manner advised by the surveyor.

The question of when to obtain the advice is a perennially difficult one under the current regime, and one which is not resolved by the Bill.

Some have interpreted Part 7 as requiring trustees to obtain advice both before and after marketing: before in order to inform the marketing process, and after in order to comment on the terms of the proposed transaction. In its report which led to the Bill, the Law Commission noted its expectation that trustees would obtain advice at an early stage in planning a transaction, and that they may not need that advice to be refreshed or supplemented at a later point. However, it seems likely to remain the case that, for more complex transactions at least, advice as to the means of disposal will be needed both at the outset (in order to inform the marketing strategy) and once offers have been received. For more significant transactions, trustees are likely to continue to want the reassurance of advice confirming that the final terms negotiated are, in their adviser’s view, the best that can reasonably be obtained for the charity.

Who can provide the advice?

At present, a “qualified surveyor” is a fellow or professional associate of the Royal Institution of Chartered Surveyors who is reasonably believed by the trustees to have ability in, and experience of, the valuation of land of the particular kind, and in the particular area, in question.

The Bill proposes that trustees should be able to seek advice from a broader range of “designated advisers”: it is expected that, in addition to RICS surveyors, regulations will allow fellows of the National Association of Estate Agents and fellows of the Central Association of Agricultural Valuers to provide advice, as will (in a helpful clarification in the Bill) appropriately qualified charity trustees, officers and employees – including where the report is provided in the course of employment.[3]

The proposed expansion of the pool of potential advisers will be coupled with a requirement for the adviser to certify that they:

Trustees are likely to want to be satisfied that, whichever type of designated adviser they instruct, they have appropriate qualifications, are professionally regulated, and (where appropriate) have suitable professional indemnity insurance in place.

The changes will, on the one hand, give trustees greater flexibility to select the most appropriate adviser for the transaction in question; on the other hand, less sophisticated trustees may find the additional choice creates potential for uncertainty as to which type of adviser to instruct.

While for routine disposals it might be attractive to seek advice from an employee rather than an external professional, trustees will want to give careful thought to the potential implications of doing so, including the position in relation to professional indemnity insurance, and whether the convenience of sourcing reports internally might be outweighed by the potential lack of recourse in the event of advice being found to be negligent.

Where a trustee is instructed to provide a report, consideration will need to be given to trustee benefits and the management of conflicts of interest, if he or she is to be paid for the advice.

What should the advice cover?

At present, trustees are required to obtain a written report covering the matters specified in the Charities (Qualified Surveyors' Reports) Regulations 1992 (the Regulations). The Regulations are prescriptive in certain respects and broad in others and can be challenging to map onto more complex transactions.

The new advice requirement is significantly simplified and will require trustees to obtain a report which deals with the following matters:

On the one hand, this should give advisers greater flexibility to advise on the matters which they regard as most significant to the transaction in question; on the other hand, there is a risk that potentially important matters (such as the existence of unhelpful restrictive covenants, which are at present flagged in the Regulations) may be overlooked by a less experienced adviser.

Notably, the Bill does not specifically oblige the trustees to obtain a written report, so in theory a report could be give verbally at a meeting and recorded in minutes; however, this is only likely to be appropriate in very limited circumstances.

What about the duty to advertise?

The Bill removes the automatic statutory requirement to advertise a proposed disposal as advised in the surveyor’s report.

It proposes instead that the charity must consider any advice on advertising that is given by the designated adviser, but there is no longer a statutory requirement for the charity to follow that advice.

Other changes: in summary

The Bill clarifies that Part 7 will no longer apply where land is held by or in trust for multiple beneficiaries.

This will be welcome news for charities named as one of a number of residuary beneficiaries under a Will, since in these circumstances the charity cannot meaningfully control the disposal of the property in question and ensure compliance with Part 7 in relation to it.

Part 7 will however continue to apply where an executor has appropriated the land to the charity, and where the charity is one of a number of tenants in common and wishes to dispose of only its share.

At present, charity to charity transactions for less than best price are generally excluded from the scope of Part 7.[4]

The Bill recognises that in certain cases this “lighter touch” approach is not appropriate, particularly where a charity is making social investments using property where the financial return generated by a transaction may still be a motivating factor, in addition to a charitable return. An example might be where a property is sold to another charity for a below-market price, in recognition that the purchasing charity intends to use it for charitable purposes which align with those of the seller. Where this is the case, the Bill recommends that Part 7 should still apply, so that trustees have a clear sense of the value of the land in question and can make an informed choice as to any level of discount that should be made to reflect the charitable return.

This draws Part 7 into better alignment with trustees’ statutory duties in making social investments, which require them to satisfy themselves that it is in the interests of the charity to make the social investment, having regard to the benefit they expect it to achieve for the charity in both financial and charitable terms.[5]

The Bill will remove from the definition of “connected persons” employees where a disposal is the grant of a short residential tenancy, on the basis that this is sensible to facilitate the charity’s work. This means that such disposals will no longer require an order from the Charity Commission. However, charities should be aware that there are complex tax rules around the provision of benefits in kind that are likely to need to be considered in relation to providing residential accommodation to employees.

As noted in this article, the proposal that wholly-owned trading subsidiaries should be excluded from the definition has not be taken up by Government on the basis that the Charity Commission’s casework shows that charities frequently fail to appreciate the need to deal with subsidiaries on an arm’s length basis and do not appropriately manage conflicts of interest. This means that such disposals will continue to require an order of the Charity Commission to proceed.

Finally, an important change for prospective purchasers of charity land is the new requirement for charities to include in the contract for sale (as distinct from the conveyance which actually effects the sale) a statement that Part 7 has been complied with, and that a contract for sale should be enforceable by a purchaser if: (a) such a certificate has been given in the contract; or (b) such a certificate has not been given but the purchaser has acted in good faith.

In both respects this is already the case in relation to the conveyance itself, and so effectively extends the buyer’s protection back to the point of contracting for sale. This closes the loophole whereby (under the previous legislation) it was possible for a transaction to be frustrated due to a charity’s failure to comply with Part 7.

For trustees, this highlights the need to ensure full compliance with Part 7. In a worst case scenario, trustees could find themselves in the uncomfortable position of having entered into a contract for sale, belatedly realising they had not fully complied with their duties and yet being obliged to go through with a disposal even if they had not taken proper advice and achieved best terms. In these circumstances, trustees may be exposed to a claim for breach of trust and / or regulatory action.

If you require further information about anything covered in this briefing, please contact James Maloney, Laetitia Ransley, or your usual contact at the firm on +44 (0)20 3375 7000.