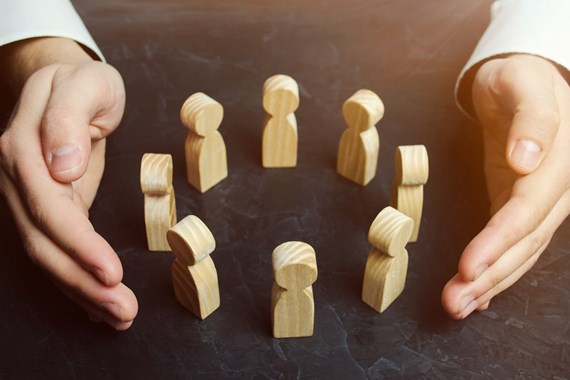 You're a large charity. You've outsourced some of your operations to other organisations – operations that include working with children and vulnerable adults. How do you make sure the organisations carrying out this work comply with the relevant law and that your beneficiaries are protected?

The recent Charity Commission inquiry report into the Royal National Institute of Blind People (the RNIB) and its wholly owned subsidiary RNIB Charity, provides some valuable lessons on what can go wrong without a proper governance framework.

As part of a restructure in 2014, RNIB Charity was established to take on "regulated services", that is, services regulated by Ofsted, the Care Quality Commission (CQC), or the Care Inspectorate (broadly, the Scottish equivalent of the CQC). There was another restructure in 2017, during which staff were moved around and RNIB Charity was left with three trustees, all of whom were also trustees of the RNIB.

One of the establishments run by the RNIB Charity was RNIB Pears Centre for Specialist Learning (the Pears Centre), which comprised a school and a children's home. The Charity Commission initially engaged with the RNIB after it received two serious incident reports in March 2018 relating to the Pears Centre. One report concerned a safeguarding incident; the other related to Ofsted’s intention to cancel the Pears Centre's registration. The Commission opened an inquiry in the same month, covering safeguarding, regulatory compliance, reporting to regulators, and general governance issues.

The RNIB commissioned an independent review into its operations, as well as two further reviews, one into safeguarding and one into governance. The Charity Commission took the findings of these various views into consideration in its inquiry report.

The failings identified by the Commission fall into two main categories:

It is relevant that the risk of harm at the charity's regulated establishments was not only theoretical – there was evidence of harm caused to beneficiaries and their families.

What can charities do?

Service-providing charities should read both the Commission’s inquiry report and its alert for charities on the importance of transparent and accountable governance. The alert provides advice on actions that trustees and executive teams can take to prevent problems like those at RNIB from arising.

The key things to bear in mind are that:

Putting these systems in place requires a lot of strategic thinking, paperwork, and ongoing effort to ensure they are implemented and remain fit for purpose. However, as the RNIB report shows, it is important to be diligent, primarily for the sake of your beneficiaries, but also for your charity's reputation.

Farrer & Co's Safeguarding Unit consists of a team of lawyers from across different disciplines in the firm including safeguarding and child protection, for more information click here.

If you require further information about anything covered in this briefing, please contact Rachel Holmes, Philip Reed, or your usual contact at the firm on +44 (0)20 3375 7000.