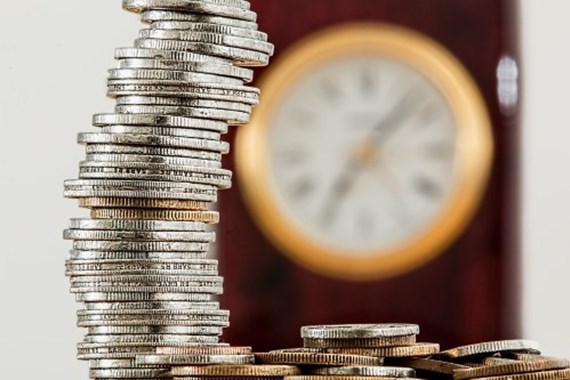 The messaging app operator Telegram has been hitting the headlines with news of its second tranche of fundraising ahead of its upcoming initial coin offering (ICO) this year.

In light of the increasing prominence of such endeavours in the financial services sector, Andy Peterkin, Louise Bralsford and Fiona Lowrie, reflect on FCA's views on ICOs and digital currencies, and highlight some of the associated legal and regulatory challenges.

1. What are initial coin offerings (ICOs)?

Initial coin offerings (ICOs) are similar to IPOs or private placements – they are a way of raising capital in the early stages of business development. ICOs are increasingly popular with technology-related start-ups, where the business will accept funding from investors and in return issue tokens with certain rights attached, which are cryptographically secure.

The tokens may be issued in exchange for fiat or digital currency, and will be issued and recorded using distributed ledger technology, or DLT, which allows data to be accumulated and encrypted so that it can be used for various purposes including authentication, transactions, reconciliations, recordkeeping and reporting. Arguably the most well-known example of DLT is the blockchain technology used by Bitcoin.

The use of ICOs to fund start-ups raises a number of questions which were discussed by the FCA in its Discussion Paper DP 17/3 and its subsequent Feedback Statement FS 17/4 (FS 17/4) which is summarised in our briefing here. As with nearly all things, there are advantages and disadvantages to using ICOs, including operational benefits and potential risks which derive mainly from using of digital currencies and DLT.

2. What are the advantages of ICOs relying on DLT from a regulatory perspective?

ICOs relying on DLT for issuance and ongoing administration of issued tokens have the potential to provide very efficient means of financial dealings. In particular, the use of DLT networks would, during the lifetime of the investment, potentially allow for shared views of consumer investments, better and more frequent valuations, easier data management and updates, and more visibility for recordkeeping and tracing purposes.

DLT is also arguably more secure. As it involves network of users with direct access to information rather than a single repository of information, using DLT makes it more difficult for third parties to corrupt records of issuances and transactions. Furthermore, as all the network users will have the same record, if one user fails then the network will still be able to operate and the user can be re-included in the network easily without needing to transfer the database as a whole. DLT also often incorporates a consensus mechanism, meaning that the information on the network is designed no to be corruptable by a single participant.

A by-product of this enhanced visibility and searchability for ICOs is that it is easier to monitor tokens issued in respect of an ICO means that it will be more difficult for criminal activity to be carried out, and, if carried out, to go unnoticed. Better data quality also means that fraud is more difficult to carry out without red flags being raised.

These features clearly benefit investors as DLT promises enhanced security and resilience (provided that the network itself is robust). However there is a further indirect benefit to investors as the compacted and easily-searchable data may mean that costs usually associated with detailed administration, record-keeping and reporting requirements are vastly reduced, although it is worth bearing in mind the initial costs of investing in DLT and the ongoing energy requirements that such systems have.

3. What are the risks that come with making use of DLT?

A key area of potential risk with ICOs is that the DLT network, on which the issuance and administration of tokens relies, is compromised or invalidated in some way. This may be an error, or a deliberate sabotage by a participant in the network or third party. While there is arguably added security and enhanced resilience due to the distributed nature of the network, there are potential risks such as coding errors and weaknesses in encryption.

A further issue is that the strength of DLT lies in its immutability. However, this presents a problem if genuine errors are made, and changes need to be implemented retrospectively. Networks need to have inbuilt mechanisms that allow changes to be made which accurately reflect the true position, and clearly show deliberate corrections in contrast to other corrupted or altered data which will be needed to identify malicious activity or fraud.

It is possible for DLT networks to be open to the public ("permissionless") or to be restricted ("permissioned"). "Permissioned" DLT networks usually have a "gatekeeper", who controls access to the network. Some commentators are concerned that with DLT networks there is a risk of a lack of accountability and responsibility, particularly where there is no "gatekeeper". Similarly there are questions have arisen about the security issues including dependence on a public network, the potential lack of governance, dispute and regulatory framework and the degree of anonymity of interacting participants. An additional potential risk is presented by the fact that the current systems used by firms may not be compatible with new, DLT-based systems which may lead to difficulties of transferring data and accompanying costs. However it may be possible for DLT to be developed to mitigate this risk and smooth the communication channels between such legacy systems and a newer DLT network.

A further practical issue in relation to DLT technology is that it is extremely energy intensive. For example, a 2016 government report has noted that mining Bitcoin requires very large computing power and that in fact the energy requirements of Bitcoin may be comparable to the electricity usage of Ireland. How sustainable such levels of energy requirement are is questionable.

In terms of the FCA's approach, the FCA view is that ICO investments are high-risk and are not likely to be suitable for retail investors. This is particularly true as ICOs are not necessarily regulated from a UK perspective (for example, it may depend if the token issued constitutes a "specified investment" or not, or whether or not the activity of the issuer constitutes a "regulated activity", as per the UK regime), and therefore investors may not benefit from the regulatory protection provided by the Financial Services Compensation Scheme and/or the Financial Ombudsman Service.

While ICO investments may not themselves be regulated, the FCA confirmed in FS 17/4 that even where an ICO falls outside the scope of the UK regime, it must be designed, promoted and governed in line with best practice so that investors are properly informed about the proposition that is being marketed to them.

The FCA has also reviewed the use of DLT in its regulatory sandbox, and has found, at least in those instances, that DLT can be used in a compliant manner and that there is potential for cost savings.

For example, a firm in the regulatory sandbox used a public DLT network to issue short-term debt instruments (the test was carried out in both sterling and in digital currency). The aim of the firm was to streamline the issuance process, which would occur without the need for a registrar or nominee. The FCA reported in FS 17/4 that the process met the relevant legal and regulatory requirements and that it had the potential to lower overheads.

The FCA also reported that a firm within the sandbox trialled a DLT network which enabled private limited companies to represent and manage their shares and corporate governance process digitally. This is similar to the way in which a DLT network may be used in the ongoing administration process post-ICO, where tokens are held, purchased and sold. The testing indicated that issuing firms using this type of technology would benefit from improved efficiency (for example, where changes of share ownership would be updated directly on the Companies House register) and significant cost savings.

Although this article focusses on the increasing significance of ICOs, the bigger picture is of course the use of DLT and digital currencies more generally. The FCA in FS 17/4 considers a number of other ways in which DLT can be deployed.

As highlighted above, there are clearly potential benefits. This type of technology can make financial interactions and transactions more secure, more efficient and more visible. However the nature of the condensed information means that there still may be risk issues, not least around operational risk, and there is clear need to ensure such risks are mitigated.

More broadly, the international application of DLT networks has potential benefits in particular as currency can be converted and transferred more efficiently via such networks (and transfers of micropayments are equally cost-effective). Given the global possibilities, the imposition of varied regulatory regimes may prove to be burdensome for ICOs. In order to achieve a practical solution, should the use of ICOs continue to increase, regulators in different jurisdictions may have to increase their cross-jurisdiction communication to ensure appropriate collaboration and regulation.

This publication is a general summary of the law and should not replace legal advice tailored to your specific circumstances.