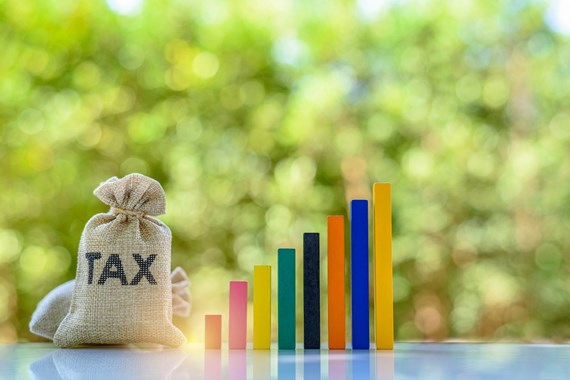 There has been substantial press coverage on the introduction of the loan charge and a recent government promise of review. The charge impacts taxpayers who entered tax schemes which HMRC believe are caught by disguised remuneration legislation. That legislation itself was designed to counter schemes designed to avoid paying income tax on earnings from work or employment.

The precise nature of such schemes varied but usually involved: a business paying money into an entity such as an EBT or a pension pot such as an EFRB for the benefit of workers; the entity then made loans to certain workers. The business received a tax advantage by the deduction against taxable profit. However, as the worker received a loan rather than earnings, there was no income tax payable. The Disguised Remuneration legislation, as the name suggests, was designed to catch monies which went into the pockets of workers which HMRC believed was really remuneration as a reward for work but was disguised as something else.

Even before the Disguised Remuneration legislation was introduced, there was an argument about whether such schemes worked on first principles, perhaps the best known example being the Rangers case which worked its way up through the courts before the Supreme Court judged that it did not work. The Loan Charge legislation was designed as a fail-safe. If all else failed, HMRC would get tax where loans had been made. The legislation applies to loans made on/after 6 April 2009 which were outstanding at 5 April 2019. HMRC statements have suggested they believe the charge will collect in excess of £3bn, about 75% from employers and the balance from individuals, although if the company cannot pay, HMRC will consider transferring the obligation to the individual director(s).

They are under an obligation to account for the loan charge in their 2018/19 tax returns. That means they need to decide how to report the loan amount, a decision which will be influenced by the nature of the arrangements in question (for example whether or not they were an employee). In fact, while the return needs to be in by 31 January 2020, the problem is even more pressing since the legislation requires them to provided details of the scheme and loans to HMRC by the end of September 2019 with penalties for failure to do so increasing by the day.

Some advisers have suggested that in fact clients might be better off using the loan charge than going through the disguised remuneration process since the former means tax is only due from the 31 January 2020 Self Assessment date and so there is no interest even if the loan was made some years ago. There is no national insurance (NI) due which would arise if the monies were treated as penalties. Finally, there is no question of penalties.

Cases which are registered but not settled

What to do going forward will depend on what has been done in the past. For taxpayers caught by the disguised remuneration legislation, HMRC offered an opportunity to settle under advantageous terms but wanted taxpayers to register their interest by 30 September 2018. They then set a deadline of 5 April 2019 (the trigger point for the loan charge) to actually reach an agreed settlement. That was extended to 31 August 2019 given the strain on HMRC resources dealing with a large number of complex settlements. That deadline has passed with a substantial number of open cases still unresolved. How to deal with these cases will depend on the nature of the cases, whether there is any fault on either side, and the negotiation between HMRC and the taxpayer.

Cases which are not yet registered

This is a more nuanced question. It will be surprising if HMRC do not provide some incentive to come forward voluntarily (albeit late) relative to those whom they go out and find. The question is complicated by the recent announcement by Prime Minister Johnson who, faced with criticism about the harsh consequences of the loan charge, conceded that a "thorough review" might be necessary. Such a review was subsequently announced by the Chancellor. However, a review of the loan charge was carried out by the previous government and concluded that it should stay. The second review aims to report by mid November.

However, while the loan charge is unlikely to vanish, there is scope in deciding on "next steps" to at least ensure that those who come forward, even if late converts to tax compliance, should not suffer the full range of pain as those who continue to do nothing. With regard to the nature of that pain, it could be particularly severe for those where the tax scheme involves an offshore element such as an EBT based outside the UK. In such instances, the huge penalties of the recent "Requirement to Correct" legislation will be in point.

Those who have dealt with HMRC's Debt Management unit will be aware of the difficulties of agreeing time to pay arrangements and the willingness of HMRC to bankrupt individuals who do not pay within what HMRC deem to be an appropriately timeous manner. The approach is not a commercial one of better getting something later than nothing now, it is about sending a message. By contrast, in discussing the unexpected tax bills which can arise from the disguised remuneration and loan charge legislation, HMRC have been at pains to stress that more generous terms are available. As above, one might reasonably hope that the more generous terms would be available to late converts.