The recently reported case of A (Judgment) has once again thrown the spotlight on jurisdiction races in divorce.

1.What is a jurisdiction race?

In order to begin divorce proceedings an individual must have jurisdiction to do so.  In the UK and Ireland this would be dependent upon where that individual has been living and where he or she is domiciled.  In other European countries, nationality takes the place of domicile as a basis for jurisdiction.

Bearing in mind the ease with which people now move around the globe, and the international nature of families, it is not uncommon for two or more countries to have jurisdiction.

It is not helpful to have concurrent proceedings in different countries and therefore there are rules regulating what should happen if more than one country has jurisdiction.  Where the countries concerned are both EU Member States (excluding Denmark) that rule is that the divorce petition issued first "wins" the race and can proceed.  The petition in second place will not progress.

A divorce petition can be issued in country A just minutes before a petition is issued in country B.  Country A would have jurisdiction and country B would not.  It does not matter if the parties have a closer connection to the second country; it is simply a race against the clock.

2.Why does it matter where divorce proceedings are issued?

The country in which a divorce takes place can make an enormous difference to the financial outcome of the case.  It might seem obvious to say that different jurisdictions approach the division of assets and provision of maintenance upon divorce in different ways, but the difference can be very stark indeed.

The range of financial outcomes will differ dramatically across Europe. Forum is therefore extremely important.

3.What should I do if I want to secure a certain jurisdiction?

Act swiftly.  Advice should be taken at the earliest possible stage as to the likely outcome in both jurisdictions so that the most advantageous jurisdiction can be secured.

4.If I am second in time, have I lost my chance?

Normally, yes. The first in time rule is strictly adhered to by the courts.  However, the recently reported case of A (Judgment) is a rare example of a spouse in second place displacing the other.

The parties were both French and lived in the UK. After a 14 year marriage, the husband initiated judicial separation proceedings (i.e. proceedings to be formally separated, but not divorced) in France. Two months later, the wife filed a divorce petition in the English court, which declined jurisdiction on the basis that the husband had already begun proceedings in France.

When the husband issued his divorce petition at 8.20am the next day, as soon as the French courts were open, he was already second in time.  The English Court had jurisdiction.

The facts of A (Judgment) are unusual, but they highlight the importance of thorough and careful advice, combined with swift action, in all cases where it is thought more than one country will have jurisdiction.  The financial repercussions of failing to do so can be considerable and long-lasting. 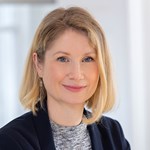