From the beginning of April it became a requirement for UK companies and many other UK legal entities to maintain internal registers containing details of individuals or other entities with significant control over them (PSC registers). From 30 June 2016, this information will also need to be delivered to Companies House, and will therefore be accessible publically.

A similar obligation will soon apply within eight of the UK's crown dependencies and overseas territories. Treaties signed in April 2016 with Jersey, the Isle of Man, Anguilla, Bermuda, Gibraltar, the British Virgin Islands, the Cayman Islands and the Turks and Caicos Islands stipulate that corporate and legal entities incorporated in these jurisdictions will be required to declare their beneficial owners to local registries.

The treaties are part of a push by the UK government to increase the transparency of corporate ownership and go some of the way to achieving its implementation of the G20 High Level Principles on Beneficial Ownership Transparency, published in November 2015. The measures have come to prominence following the Mossack Fonseca leaks and have recently been highlighted by David Cameron as a demonstration of increased domestic and international commitment to transparency.

The treaties take their definition of 'beneficial owner' from the EU's Fourth Anti-Money Laundering Directive, which is similar to the definition of people with significant control contained in the UK's PSC register requirement. 'Beneficial owners' will include all natural persons who ultimately own or control a corporate or legal entity through direct or indirect ownership of more than: 25% of shares; 25% voting rights; or a 25% ownership interest. It can also mean control of the corporate or legal entity through other means.

Entities within the relevant jurisdictions will be required to supply information regarding their beneficial owners to their national registry (for example, in Jersey, this will be the Companies Registry overseen by the Jersey Financial Services Commission). The information will be added to a secure, centralised database within the jurisdiction and made available to law enforcement agencies of the UK upon request.

The format, process and timeline of implementation will be stipulated in due course by each jurisdiction's own implementing law. However, reporting arrangements must have taken effect by 30 June 2017.

For further information, and to view the treaties, see HMRC's announcement. 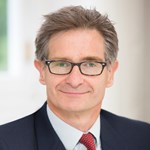