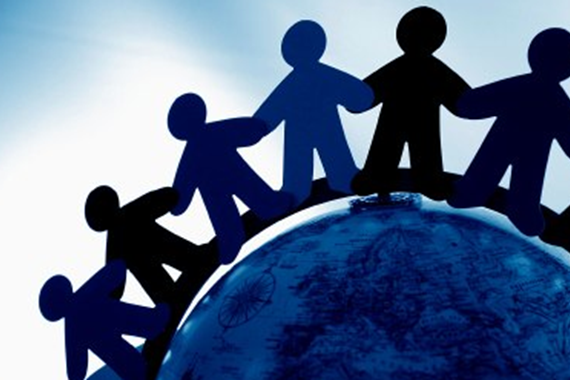 Charity lawyers are sometimes frustrated by the fact that many important aspects of the law affecting charities have not be tested in the courts either at all or for a very long time.

Yesterday the case of R v Hackney London Borough Council and Agudas Israel Housing Association (AIHA) started in the Supreme Court. This case concerns the lawfulness under the Equality Act 2010 of a small charitable housing association’s arrangements for the allocation of its social housing stock, which aims to alleviate the acute shortage of social housing among Orthodox Jewish people. The appeal has important ramifications for the charity sector as a whole and, in particular, charities that focus benefit upon particular communities which share “protected characteristics” ie gender, religion or race.

The High Court has recently heard two other charity cases - Fafalios v Apodiacos, and Bisrat v Kebede - which, despite their unusual facts, have wider relevance than might at first appear and a brief report on each is included in the link below.

AIHA is a registered charity, which provides social housing in Hackney, formed for the purpose of benefitting principally the Orthodox Jewish Community. Its housing stock is small - around a dozen of its properties become available each year for lettings, representing less than 1 per cent of social housing lettings in Hackney per year.

The case relates to a single mother with four children (the Appellant), who was given the highest possible rating for the allocation of housing by Hackney. In October 2017, the council agreed that it would offer the Appellant housing in the next suitable unit that became available, but as of February 2019 no offer had been made. This was despite at least six appropriate properties owned by AIHA becoming available during that period. Hackney however did not put the Appellant forward for those properties because of AIHA’s practice of only letting its properties to members of the Orthodox Jewish community, and the Appellant was not a member of that community.

On any view, AIHA’s arrangements amounted to direct discrimination as defined by s. 13 (1) of the Equality Act 2010 (the “Act”). This states that: “A person (“A”) discriminates against another (“B”) if, because of a protected characteristic, A treats B less favourably than A treats or would treat others.”

However, in both the Divisional Court and Court of Appeal, AIHA’s arrangements were found lawful. This is because AIHA was able to rely upon two exceptions in the Act.

The Court of Appeal found that the provision of benefits complied with both statutory requirements.

The outcome of the appeal will provide welcome clarity on this important issue which has potentially far reaching consequences across the charity sector.

This firm is acting for AIHA in the Supreme Court.

The High Court has recently heard two other charity cases which, despite their unusual facts, have wider relevance than might at first appear.

This case has some pointers for charitable trusts with ambiguous terms in their trust deeds.

The case concerned a dispute between two charities associated with St Sophia, the Greek Orthodox Cathedral in London. The problem had arisen because, according to the charity that brought the case, the defendant charity had refused to hand over a large sum of money, which, under the terms of its governing documents, it was obliged to do. A large part of the case concerned the meaning of the (very sparse) 1860 trust deed that established the defendant charity, and whether a deed, executed in 1934 by the trustees of that charity with the aim of clarifying supposed gaps in the 1860 trust deed, was valid.

The Court said that, when interpreting a charitable deed of trust, it was crucial to try and understand the intentions of the original donors. In addition to looking at the wording of the trust deed, this involved looking at documents and other contextual clues. Applying these principles, the Court decided that there were no gaps in the 1860 trust deed and that the trustees had no power to make the declaration in 1934. As a result, it was void and the defendant charity had no duty to transfer the money to the claimant charity.

This case is useful, in that it is the first time a Court has said anything about the duty of members of a charitable incorporated organisation (CIO) to "exercise the powers that the member has in that capacity in a way that the member decides, in good faith, would be most likely to further the purposes of the CIO" [1]

The dispute in Bisrat v Kebede was between two factions of a church. The parties had already been to court several times and had agreed, under the judge's guidance, to establish a new CIO, with a view to resolving their differences. Unfortunately, there were still disagreements.

At a recent members' meeting, the claimants' supporters had elected their representatives to one of the charity's governing bodies; none of the defendants' nominees had been elected. The defendants invited the Court to declare the vote invalid, on the basis that the members who voted for the claimants' nominees did so because of a campaign by the claimants and without exercising their own judgment about what would best further the CIO's purposes. As such, according to the defendants, those members were in breach of their duty (quoted above).

The Court refused to declare the vote invalid, because there was insufficient evidence to support the conclusion that the members had breached their duty. However, the Court clarified that the duty (a) is for members to act in the way they subjectively believe will be best for the CIO, and (b) requires members to exercise their independent judgment.

The second point is particularly interesting, in that the legislation says nothing about exercising independent judgment (and neither did the CIO's constitution, in this case). There are reasons to doubt the soundness of this – it is surely possible to act, in good faith, in reliance on someone else's advice – but since this is the only judicial commentary on the duty that we currently have, for now it is the law. The judge suggested that, before future elections, "it would do no harm for the Chair of the relevant meeting to remind members that, in voting…, they do owe a duty to the CIO…to exercise an independent judgment, and to vote in the way that they, in good faith, consider the interests of the CIO…would be best furthered". It may be prudent for CIOs to follow this suggestion, at least where the vote is on something contentious.

If you require further information about anything covered in this briefing, please contact Anne-Marie Piper, Joseph de Lacey, Rachel Holmes, or your usual contact at the firm on +44 (0)20 3375 7000. 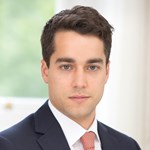