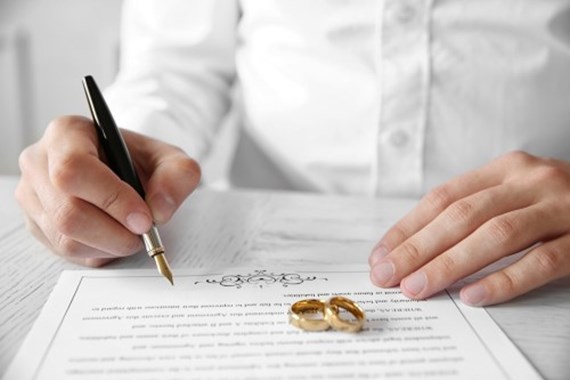 It is a terrible temptation when writing about Sweden to shoehorn in references to ABBA. As my title shows, in this year of their reunion I certainly couldn’t resist. The song in question comes from their final studio album, The Visitors, released in 1981. This showed the band in more serious mood: the subject of the song is the divorce of Anna-Frid and Benny.

Last week the Court of Appeal examined a (different) Swedish couple’s pre-nuptial agreement in the context of an English divorce. The judgment is a much-needed boost for internationally-mobile clients.

Camilla and Gerard Versteegh were married in 1993. Both were born and brought up in Sweden. Mr Versteegh was from a wealthy family. He had moved to London in 1983 and, by the time of the marriage, had built up substantial commercial and property interests. By the time of the trial, the total wealth between them was approximately £275 million (of which Mrs Versteegh had in her own name £27 million).

The parties had signed a pre-nuptial agreement under Swedish law the day before the wedding. It provided for a complete separation of property. It was brief and in standard form. There was no financial disclosure. There was no independent legal advice. It was a valid agreement under Swedish law: had the parties divorced in Sweden, it would have been absolutely binding.

Many of you reading this will say: so far, so good. Following the Radmacher case in 2010, pre-nuptial agreements are upheld by the English courts subject to a fairness test. In Radmacher itself, the agreement had been made under German law and complied with German procedural requirements; and the Supreme Court upheld it. So there was every good reason to expect the same here.

In fact, underneath the radar the lower courts had engaged in a rear-guard action when considering foreign agreements. In 2012, the issue arose in relation to a couple married in Catalonia where a default separation of property regime applied; they had also signed a separate property agreement under a different foreign law. Mr Justice Mostyn decided that, to meet the Radmacher test, the parties must have intended the agreement to apply in a court which operated a “system of discretionary equitable distribution”; and so “usually” the parties should have separate English legal advice. In a different case a year later, also involving a Scandinavian couple, Mr Justice Moor said in terms that “it is wise for the other party's advisor to insert a clause dealing with [this point] in the final agreement”.

In other words, the English system of financial orders is very different; so foreign nationals can only be taken to have signed away their opportunity to claim under it if they know how it works in detail. Underlying this is the assumption (as patronising as it sounds) that as our system is usually more generous to the economically-weaker spouse, it is therefore better; so no-one could sensibly want to contract out of it.

Mrs Versteegh rallied to this standard. The Court of Appeal cut it down. Lady Justice King said that it “cannot be right that a couple have to take legal advice of [this] kind “just in case” in ten years’ time they move to live in the UK or that they have to in some way “refresh” their [agreement] by the wife receiving legal advice prior to relocating”. Lord Justice Lewison said that, “in the case of a globe-trotting couple [this] would require the giving of advice about multiple possible matrimonial regimes all over the world [which is] both impractical and prohibitively expensive”. He emphasised that Radmacher requires parties to have a material understanding of the implications of the agreement; there is no “tick-box” set of rules, and so no need for legal advice.

However, while these comments are very helpful I should sound a warning-note. The English system remains unique. Our courts will not apply foreign law. The agreement will still be seen through the prism of the English understanding of “fairness”. This has three important consequences:

It follows that, if there is any chance that an English judge will be scrutinising a foreign pre-nuptial agreement in the context of divorce, obtaining English advice before the agreement is signed is a vital precaution.

If you require further information please contact Nicholas Bennett or your usual contact at the firm on 020 3375 7000.