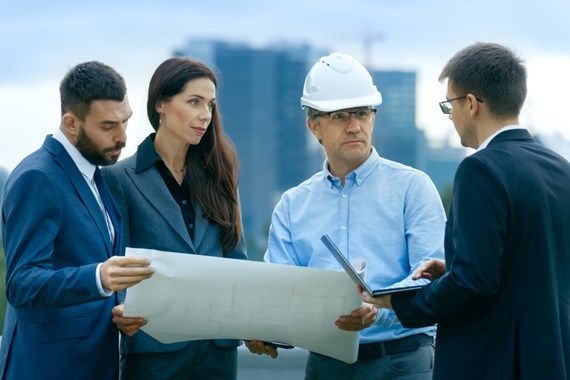 In December’s edition of this newsletter, we discussed the Court of Appeal’s (CoA) highly anticipated judgment of S&T (UK) Ltd v Grove Developments Ltd (Grove). To recap, the CoA upheld the first instance decision in the Technology and Construction Court (TCC), ruling that an employer is entitled to commence an adjudication to establish a true sum due to a contractor with respect to a specific interim application (a ‘true value’ adjudication) notwithstanding the absence of a valid pay less notice, but only after it has paid the sum due under the relevant notice.

The construction industry did not have to wait long to see the CoA’s judgment applied by the courts, as the recent decision handed down by the TCC in M Davenport Builders Ltd v Greer and another (Davenport) became the first reported decision to apply Grove.

In Davenport, the defendant developer engaged the claimant contractors to undertake construction works at a building in Stockport, although the contract did not include adjudication or payment provisions, meaning the relevant provisions of the Scheme for Construction Contracts were implied into the parties’ contract.

The contractor made a payment application in respect of its final account, and the developer failed to issue a payment (or pay less) notice to adjust the notified sum. The contractor issued a payee’s notice in default, and the developer again failed to issue a pay less notice; nor did it pay the sum demanded. The contractor duly commenced an adjudication and was awarded the sum stated it its final account plus interest. Six days after the decision, the developer commenced its own true value adjudication and, despite the second adjudicator expressing doubts about his jurisdiction, he found that no sum was payable to the contractor based on what he adjudged to be the true value of the works.

The central issue before the TCC was whether the developer could rely on the award of the true value adjudication by way of set-off or counterclaim, or (in the alternative) whether the developer was obliged to pay the award to the contractor on the basis that it commenced its own adjudication without paying the award beforehand. The TCC ruled in favour of the contractor, reaffirming that the CoA’s decision in Grove is “clear and unequivocal in stating that the employer must make payment…before it can commence a ‘true value’ adjudication.” Further, the TCC stated that Grove applied “equally to interim and final applications for payment.”

Whilst the decision in Davenport reiterates the principle set out in Grove, the position is not completely clear. The CoA in Grove ruled that a true value adjudication could only be commenced after payment of the sum due, but Davenport suggests that a true value adjudication can be commenced beforepayment even though the decision cannot be enforced until payment has been made. This can lead to the commercially impractical scenario where a developer is required to make a payment to its contractor in the knowledge that it does not owe the sum following the result of its own true value adjudication. Ultimately, the key point for developers remains the same as it did following Grove: comply with contractual (or statutory) payment obligations, and always ensure that a valid payment or pay less notice is served on time.

If you require further information about anything covered in this briefing note, please contact Jonathan Came, or your usual contact at the firm on +44 (0)20 3375 7000.