It has been a busy few days for the UK government and the European Council as they start to prepare for the Brexit negotiations ahead. Both sides have set out their opening positions as to how they believe the negotiations should proceed. The UK government also took the significant step of setting out in detail its proposals to legislate for the UK's departure.

On Wednesday Britain's ambassador to the EU delivered the UK's formal notice of its intention to leave the EU to the European Council President, Donald Tusk. Prime Minister Theresa May's letter triggered Article 50 of the Treaty of Lisbon starting the process which is intended to take the UK out of the European Union in March 2019.

On Thursday, the day after triggering Brexit, the government published its "Great Repeal Bill" plan which set out its "proposals for ensuring a functioning statute book" once the country has left the EU.

Then this morning Donald Tusk issued guidelines outlining the EU's strategy for the negotiations with the UK.

Early tensions as both sides prepare to negotiate

The EU guidelines issued today call for a "phased approach giving priority to an orderly withdrawal." As had been anticipated, they suggest that negotiations should start with discussions on the separation arrangement and only then move on to talk about the future relationship between the EU and the UK. This is at odds with the UK government's position as set down in the Prime Minister's letter of Wednesday which argued for simultaneous talks on exit terms and the future partnership.

Further tension has also been caused by allegations that the Prime Minister's letter suggests that cooperation with the EU on security issues would be at risk if the UK could not agree an overall Brexit deal within two years.

The Article 50 process gives effect to the UK's withdrawal as a matter of EU law. However, new legislation will be needed to ensure that domestic law accommodates and reflects the UK's withdrawal from the EU. To that end, the government has set out details of its "Great Repeal Bill" plan in a policy paper entitled Legislating for the United Kingdom's withdrawal from the European Union. This details the profound changes which the government intends to implement as the UK prepares for its departure from the EU's jurisdiction.

The Government claims that the bill will "put the UK back in control of its laws" and "maximise certainty for businesses, workers, investors and consumers across the whole of the UK". To achieve those goals it says that the bill will do three main things:

In short, the repeal will transpose existing EU legislation into domestic law but will enable Parliament to amend and repeal laws as necessary. The government recognises that following Brexit it is inevitable that some legislation will no longer work (for example, legislation referring to the involvement of an EU institution or legislation predicated on UK membership of an EU regime). With this in mind, the government intends that the bill "will create a power to correct the statute book where necessary."

Speaking before MPs in Parliament on Thursday, Brexit Secretary David Davis said, "The bill will convert EU law into United Kingdom law, allowing businesses to continue operating, knowing the rules have not changed overnight, and providing fairness to individuals, whose rights and obligations will not be subject to sudden change."

Davis also said the European Court of Justice (ECJ) would have no future role in interpreting British laws: "Our laws will be made in London, Edinburgh, Cardiff and Belfast and interpreted not by judges in Luxembourg but by judges across the United Kingdom."

In such circumstances it is anticipated that UK courts will not be obliged to consider cases decided by the ECJ after Brexit. However, they will be able to refer to ECJ case law as it exists on the day the UK leaves the EU. In any event, we anticipate that decisions of the ECJ will remain persuasive authority and at present, it seems possible that the EU might press for some continuing role for the ECJ if some form of transitional arrangement is agreed after the initial two year period for negotiations.

When will these changes happen?

The government intends to introduce the Great Repeal Bill at the start of the next parliamentary session in the Spring. The bill will then have to pass through both Houses of Parliament.

The government says that changes made by the bill will come into effect on the day we leave the European Union, taking into consideration any implementation period agreed during the negotiations.

After the bill has become law the government will begin bringing forward secondary legislation to "correct" laws that will not operate appropriately once the UK has left the EU.

What next for the Brexit negotiations and the Great Repeal Bill?

Under the formal timetable dictated by Article 50, the UK is due to leave the EU in March 2019. However, both sides can agree an extension if required. We expect that the government's implementation of its repeal proposals will run in parallel to the Brexit negotiations with the EU over the next two years.

On 29 April 2017, the 27 remaining EU countries are scheduled to meet to discuss and agree the framework for the UK's withdrawal. In late May or early June 2017 the UK and the EU will begin initial talks. Trade, financial services and the rights of EU citizens living in the UK and British citizens living in the EU are likely to be at the top of the agenda. However, it is anticipated that substantive agreement on such issues will be delayed by the presidential election in France in April and the parliamentary election in Germany in September.

The EU chief negotiator, Michel Barnier, expects the terms of Britain's exit from the EU to be finalised by 30 September 2018, to allow sufficient time for full ratification by the EU's member states before the end of the two year negotiating period.

If you require further information on anything covered in this briefing please contact David Fletcher ([email protected], 020 3375 7117) or your usual contact at the firm on 020 3375 7000. Further information can also be found on the Focus on Brexit page on our website. 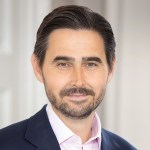