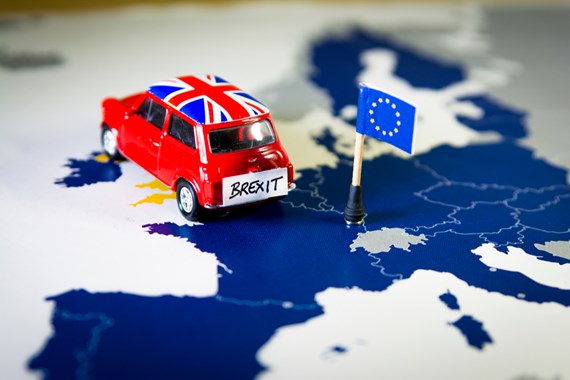 EU warnings to prepare for a no deal

On 9 July this year, the European Commission issued a communication referring to the little progress in the negotiations so far on the UK / EU free trade agreement (FTA), arguing that all stakeholders should be made aware of this and be ready for changes that arise under any scenario.

The European Commission advised businesses to revisit their existing preparedness plans for a no-deal Brexit since part of them will still be relevant should there be no FTA between the UK and the EU by the end of the transition period.

Some EU legislation provides for third country firms to gain access to EU/EEA markets where the third country’s regulatory regimes are deemed “equivalent”.

One key piece of legislation in which equivalence features is MiFID II.  Under MiFID II, if equivalence is granted in respect of the UK, UK firms will, subject to certain other conditions, be able to provide cross-border services into the EU/EEA to eligible counterparties and per se professional clients. Such a third country regime based on the concept of equivalence is, however, not available in relation to investment services provided to retail clients.

Providing services to retail clients based in the EU/EEA

For those firms which provide financial services to retail clients based in the EU/EEA, there is no third country passport available. As a result, whether or not there is an FTA, or an equivalence determination does not change the position in that there will be a hard Brexit for those firms on 31 December unless the transition period is extended. Such firms therefore need to consider carefully their options.

In our experience many firms do not wish to set up a locally authorised subsidiary in the EU/EEA but wish to continue to provide services to EU based clients (often ex pats) after the end of the transition period. In such cases it is important that firms carefully consider, for each of the services they provide, where the activity is being carried on from a UK perspective but also as a matter of local law. In our experience there is no uniform approach across the EU/EEA with some countries having a more relaxed approach with others being far stricter when it comes to third country firms providing services to retail clients in their jurisdiction. Of course, matters may well develop over the next few months and we may see local regulators introduce some transitional relief but, in our view, local advice is a critical part of Brexit planning if firms wish to continue to provide services to EU/EEA based clients.

In September negotiations between the EU and the UK nearly derailed when the UK government introduced the Internal Markets Bill and threatened to walk away from international treaty commitments made in the Withdrawal Agreement. The EU was appeased by some critical last-minute amendments made to this Bill. However, trust on both sides is low and it is critical in this climate for firms to revisit their previous “no deal” planning.

The FCA expects firms to consider the implications of a range of scenarios, including the possibility that the UK and the EU/EEA do not conclude an FTA or make equivalence determinations before the end of the transition period.

The FCA has reminded firms that they will need to decide whether and the extent to which they wish to offer services to EU/EEA based customers at the end of the transition period and continue to service clients in the EU/EEA, obtaining local advice in the member states concerned as appropriate. For those intending to rely on reverse solicitation, the FCA strongly encourages firms to seek local advice and reminds firms that national regimes may change over time and this could affect firms’ business models in the future.

The FCA has emphasised that it expects firms to treat customers fairly, irrespective of where they are based. It considers that simply stopping servicing clients suddenly would be a poor outcome.  If firms have decided to cease providing services to customers in the EU/EEA after the transition period, the FCA expects firms to communicate this decision to them early and supporting them whilst they transition to a new provider.

The FCA has also told firms to consider how outsourcing and third-party relationships will be affected at the end of the transition period, having regard to operational risk to the firm and potential harm to consumers from any change or disruption to the outsourced services they provide.

The government’s approach in relation to ensuring that the UK continues to have a functioning financial services regulatory regime at the end of the transition period involves converting EU law into UK domestic law, a process referred to as “onshoring”.

The end of the transition period, absent any other agreed arrangements, will result in the commencement of the UK onshoring legislation and consequential revisions to the FCA Handbook and PRA Rulebook coming into effect.

The UK regulators including the FCA and PRA have been granted a temporary transitional power (TTP) which allows them to make transitional directions to mitigate disruption caused by EU exit-related changes to firms’ obligations. The FCA intends to use these powers to grant transitional relief until 31 March 2022.

However, there are certain areas where the FCA has said that it will not use the TTP powers including in relation to the MiFID II transaction reporting regime and firms subject to reporting obligations under EMIR. In areas where no transitional relief will be granted, the FCA expects firms to undertake reasonable steps to comply with the changes to their regulatory obligations by the end of the transition period.