Can you terminate a statement of work for a repudiatory breach? 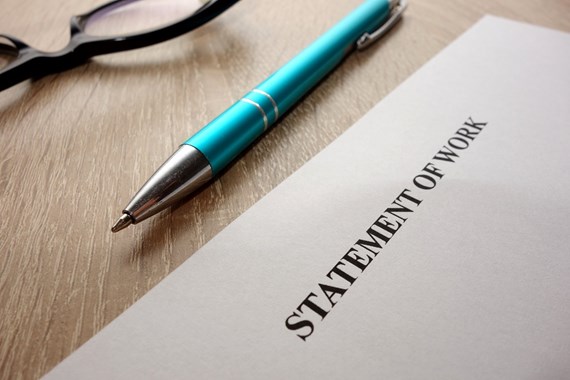 The use of master services agreements with supplementary statements of work is a very well established contracting method, but this case serves as a warning that care must be taken to ensure that statements of work do not stray into variation agreement territory. Whilst enforceability of the terms of the statement of work should be clear either way, the parties’ rights to terminate may be less clear.

Under a master services agreement (MSA) in 2015, Welcom agreed to provide credit management software to one of JD Williams and Co’s online clothing brands. The parties then entered into a series of statements of work including, in April 2018, SOW18 for the provision of software to another clothing brand for a fixed term of 32 weeks. It stated that the purpose of SOW18 was to add services to the MSA and would take precedence over any conflicting terms. SOW18 also included a clause by which JD Williams could terminate the SOW without cause on one month’s notice, and any such termination would not impact the terms of the MSA or any other existing SOW.

In July 2018, JD Williams sent Welcom a letter headed “Notice to terminate SOW18”, claiming that Welcom’s plans to complete the work by the end of September 2018 were not feasible and so JD Williams would have to terminate the SOW. JD Williams then issued a claim, stating that Welcom was in anticipatory repudiatory breach of SOW18 and sought damages for breach of contract, primarily for loss of bargain. JD Williams argued that it was entitled to terminate SOW18 under the common law for a repudiatory breach, and could do so separately from the MSA and only in conjunction with SOW18. Welcom applied for a summary judgment.

The court granted the application and its analysis was broken down into two elements:

1. Was SOW18 part of the MSA or a standalone agreement?

As is clear from the well-established rules on contractual interpretation, the court needed to objectively assess the words used, as against the relevant factual matrix, in order to determine the parties’ intentions. The statement at the top of SOW18 clearly set out the intention that its purpose was to add to the MSA and amend it, and therefore it formed a part of the MSA.

This analysis was supported by the additional clauses added to SOW18 – one stated that the terms of the SOW would take precedence over any conflicting terms of the MSA, which would not have been necessary had SOW18 been separate from the MSA; another was that SOW18 was without prejudice to the other rights set out in the MSA (again, this would not be necessary if it was not part of the same agreement); and finally the context indicated that the parties envisaged adding further schedules to it. Not every SOW became part of the MSA, but SOW18 did by the nature of these terms.

2. If SOW18 is part of the MSA, can it be terminated separately?

Under common law, termination based on a repudiatory breach cannot be accepted for one part of an agreement whilst continuing other parts of it, unless it is explicitly set out in the terms. No such terms were included in the agreement, nor were they implied, and so there was no common law basis to terminate SOW18 for repudiatory breach and JD Williams was not entitled to claim for damages for loss of bargain.

The reminder here is, as always, to take some time to consider carefully the network of arrangements you create when adopting the MSA / SOW method of contracting, and do so each time a SOW is entered into to make sure it provides for an arrangement you properly intend.  Be very careful, for instance, when adopting pro-forma SOW documents as part of the MSA – they may well assume a certain approach to the contractual relationship that may not always be appropriate for each and every SOW.