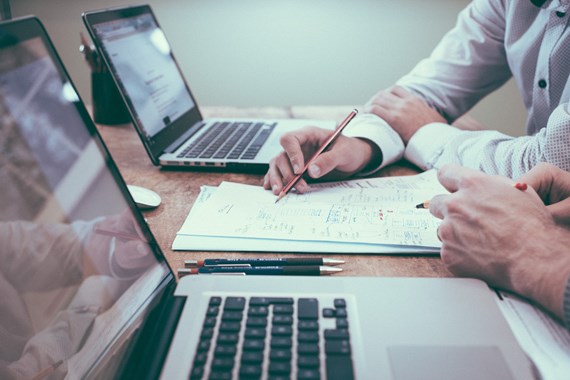 Many entrepreneurs and business owners with an eye on their tax bills will be very aware of the threatened reform of the UK capital gains tax (CGT) system.

The Government remains tight lipped on whether reform will happen, what that might look like and when any changes will be made. However, it seems likely that any shakeup would come around the time of the next UK Budget in April 2021 and that any changes would be geared towards increasing the Treasury’s tax revenue, at the potential expense of entrepreneurs and business owners across the country.

In this briefing, we consider what changes the Government might make to the current CGT system and what entrepreneurs and business owners can do now to protect their position.

On the face of things, the simplest and most immediate way to increase the Treasury’s CGT take is to increase tax rates. In fact, this is exactly what the Office of Tax Simplification (OTS) has recommended in its November 2020 review of the UK CGT system.

Specifically, the OTS and other think tanks have recommended more closely aligning CGT rates with income tax, which could potentially result in an increase in the top CGT rate from 20 per cent to as much as 45 per cent.

Entrepreneurs may recall that the tax saving offered by ER was substantially reduced earlier this year, with the maximum lifetime tax saving now capped at £100,000 (down from £1m). ER was also renamed “business asset disposal relief”, which some consider may have been with a view to making it more politically feasible to further reduce the benefit of the relief in the future.

Some, including the OTS, remain critical of the perceived benefit of ER and whether it offers benefits to the economy which outweigh its upfront cost to the Treasury. IR comes in for similar criticism in the OTS’ November report. Some commentators predict that the benefit of these two reliefs may be slashed further in the next Budget and that they could potentially be eradicated completely, or replaced with less generous tax incentives.

One key tax advantage of owner-managed and entrepreneurial businesses is their ability to accrue profits over time within the business, realising value to owners only on a sale or exit event. In this way, business owners can generally benefit from the lower rates of CGT on realising that accrued value, as opposed to the higher rates of income tax which would be due if profits were paid to the owners more regularly as dividends. Businesses can also issue shares and options to employees to enable them to similarly benefit from the accrued value of the business in a tax-advantaged way.

Some suggest that the Government might now revisit this advantage and potentially restrict business’ ability to accrue profits to secure CGT treatment in this way. In particular, the OTS has recommended that tax on accrued value should be paid at income tax rates rather than CGT. Their logic is that this accrued value represents a form of reward for the labour of business owners and employees, so it should be taxed in line with other rewards of labour (eg salary and bonuses).

At present, the UK tax system generally rewards investors in these sorts of businesses for putting their capital at risk. If changes to this regime are enacted as some suggest, this would therefore represent a significant shift in the tax treatment of owner-managed and employee owned businesses.

So, what should entrepreneurs and business owners do?

It is not yet clear how, when, or even if the Government will make changes to the current CGT regime. However, any fundamental changes such as those outlined above are unlikely to be popular with much of the UK’s owner-managed businesses and entrepreneurs.

Many business owners and entrepreneurs will therefore want to consider their options to potentially mitigate the effect of any future CGT changes now.

Examples of the sorts of options that could be considered include:

However, before immediate action is taken, a note of caution should be sounded. When the Government most recently reduced the value of ER, it introduced rules at the same time which retrospectively prevented business owners from benefitting from the previous and more generous tax regime in certain cases. It is therefore possible that the Government may seek to do likewise with any future CGT changes too, which could potentially reduce the value of certain options.

At this stage, the main takeaway for entrepreneurs and business owners is that the earlier they can seek professional advice and take appropriate and informed action, the more options are likely to be available to them to reduce the impact of future adverse changes to CGT.

If you require further information about anything covered in this briefing, please contact James Bromley or your usual contact at the firm on +44 (0)20 3375 7000.