Earlier this year, the Court of Appeal held that St Albans City and District Council was entitled to list a potential greenfield development site used by trespassers as an Asset of Community Value (ACV). Under section 88 of the Localism Act 2011, local residents are able to apply to the local authority to have land listed as an ACV if they are able to show that the actual use of the land furthers the social wellbeing or social interests of the local community and it is realistic to think that such use can continue. In this case, the landowner argued that the words ‘actual use’ for the purposes of s.88 of the Localism Act must mean lawful use. Since the use of the field by the community was trespass, and therefore unlawful, it was argued that it could not be listed as an ACV. The Court of Appeal disagreed and held that the words ‘actual use’ were unambiguous and were meant to cover the actual use that the local residents made of the field. As is well known, once listed as an ACV, the landowner is unable to dispose of the ACV unless they first offer the asset to a community group. The land’s status as an ACV also becomes a material consideration for planning prospects.

The Court of Appeal has recently upheld the County Court’s decision that an actionable nuisance can arise before knotweed causes physical damage to neighbouring land. In this case, knotweed had spread from the railway embankment on to the neighbouring homeowners’ land. Importantly for landowners, this means that the ‘mere presence’ of knotweed on land could be enough for a claim of actionable nuisance on the basis that it affects the owner’s ability to fully use and enjoy the land. Network Rail was ordered to pay their neighbours’ costs for treating the knotweed and pay the reduction in value of the properties (approximately 10% of the market value). The message is clear: if Japanese knotweed is present on your land, ensure it is treated appropriately before it spreads.

The Court of Appeal has held that an obligation to pay overage had been triggered when prior approval was granted for a development, even though the development could not be constructed because it would be in breach of building regulations. The developer argued that the payment was not due as the residential units were not capable of being built. However, the Court of Appeal disagreed as compliance with building regulations was not a condition of the overage payment and the trigger event was clearly defined by reference to prior approval for the proposed development. The developer was left in the position of needing to make a substantial overage payment, despite not being able to develop the property. This is a reminder to developers, surveyors and solicitors to take extra care when negotiating and drafting overage provisions. It is usually more appropriate to have an overage payment triggered on the implementation of planning permission (or sale with the benefit of permission) rather than on planning permission being granted.

The Court of Appeal has held that a right of way granted during the gap between purchase and registration of the land was ineffective. In this case, the owners sold a piece of land and then granted a right of way over that land to a third party. Overturning the High Court’s decision, the Court of Appeal held that the grant of an easement was not a conveyance of the ‘legal estate in land’ and did not take priority over the purchaser’s right to be registered as the owner of the land free from the easement. The purchaser was in actual occupation of the land and therefore had an overriding interest.

This decision will provide comfort to potential purchasers as the High Court decision did raise doubts about the position of a purchaser during the gap between completion and the date the transfer is registered at the Land Registry. However, the case does leave open the question as to what the result would have been if the purchaser had not been in actual occupation when the easement was granted.

Recent cases on Inheritance Tax relief on holiday cottage businesses have concluded that it is exceedingly difficult to qualify for business property relief (BPR). However, in this case, HMRC lost the challenge and the tribunal found that a furnished holiday letting business did not consist wholly or mainly of making or holding investments and so qualified for BPR. In reaching the decision, the judge reviewed the extensive list of additional services and personal care provided, which he considered distinguished it from other holiday lettings businesses. He also viewed the business in the round and compared how much time was spent on property investment activities (such as maintenance and property management) compared with time spent providing additional services. The judge found that the time spent on providing services slightly trumped the investment activity. The case was decided on its facts and was exceptional, but it does prove that it is possible for a holiday lettings business to qualify for BPR in certain circumstances.

Right to Use a Golf Course

The Supreme Court has recently upheld a decision that the right to use a golf course, swimming pool or tennis court was capable of being an easement. The court decided that the grant of recreational rights could be an easement if the four well-established conditions for easements could also be demonstrated. In this case, the first two conditions could easily be satisfied: (1) there was dominant and servient land (ie land that benefits and land that is burdened by the easement) and (2) the dominant and servient owners were different people.

The third requirement of whether the easement accommodated and served the dominant land was a question of fact. In this case, the dominant land was timeshare apartments, which itself is a recreational use by holidaymakers. The court held that the grant of rights to use the adjacent leisure facilities was of service, utility and benefit to the timeshare apartments, which satisfied the third condition. The final requirement was the question of whether the right is capable of forming the subject matter of a grant, which the court held it could. Therefore the grant of purely recreational rights to use the golf course, swimming pool and tennis courts was capable of being an easement in the circumstances.

What is a Listed Building?

The Court of Appeal has upheld a listed building enforcement notice served by Stratford-on-Avon District Council on a landowner who removed two listed limestone piers and lead urns without Listed Building Consent (LBC). The landowner sold the items at auction in 2009. He was not aware that the items were listed and made a retrospective application for LBC. He argued that the urns and piers were not ‘buildings’ and therefore should not have been listed. The Council refused the application and served an enforcement notice that required him to reinstate the piers and urns. Both the enforcement notice and refusal of LBC were appealed, but the Inspector decided it was not open to him to review whether the items listed were buildings. The Court of Appeal upheld the Inspector’s decision and
confirmed that ‘building’ includes structures such as the piers and lead urns in this case.

If you require further information about anything covered in this briefing note, please contact Katy Tydeman, or your usual contact at the firm on +44 (0)20 3375 7000. 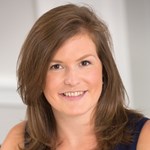