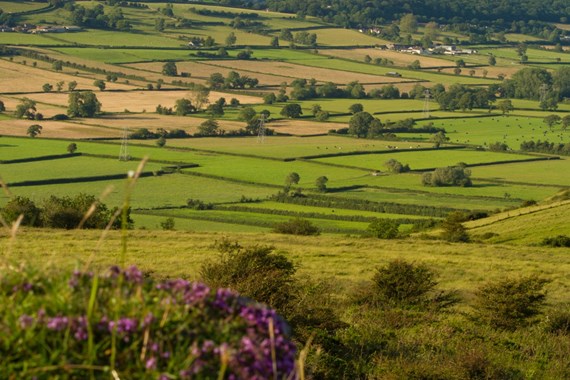 In the past, a landowner’s liability to UK capital gains tax (CGT) on the sale, gift or other transfer of land depended on whether they were tax resident in the UK. As a result, non-UK residents often used offshore property ownership structures to hold UK land and property to keep their capital gains outside the scope of UK tax. This is also a structure commonly used by non-UK domiciled individuals to keep UK property outside the scope of UK Inheritance Tax (IHT), and it continues to be effective for this purpose in some circumstances.

In 2015 the CGT regime changed in the context of residential properties. Since April that year all owners (wherever resident) were brought within the scope of CGT on a sale, gift or other transfer of UK residential property. The effect on foreign-owned UK estates was that farmhouses and other dwellings became potentially subject to CGT charges on
transfer or sale. However, tax exemption endured for non-UK residents who owned non-residential property, including agricultural land and commercial property. This last CGT advantage was withdrawn in April this year.

Now, almost all disposals of UK property are within the scope of CGT, irrespective of where the owner is resident. In addition, CGT now also applies to certain transactions by non-residents in so-called ‘property-rich’ companies.

From April this year, a direct charge to CGT generally applies to all disposals of UK land by resident and non-resident owners, whatever the value of the land and irrespective of whether it is used for residential, agricultural or commercial purposes. Further, an indirect charge to CGT now applies to certain disposals of shares in property-rich companies. Broadly, a property-rich company is one which derives 75% or more of its
value from UK land and property. There remain some important exceptions from the new CGT charge on shares, which may benefit certain overseas owners of UK land and estates held through companies with agricultural, hospitality or other commercial trades.

A consequence of the changes is that the previous CGT provisions for properties which were subject to the Annual Tax on Enveloped Dwellings became redundant and have been abolished.

What has not changed?

The new rules do not affect the IHT position of non-domiciled owners of UK agricultural or commercial property, but existing IHT mitigation structures should be reviewed because the other tax consequences of them may now be undesirable.

Most disposals of UK land held by a UK company, or used by a UK branch or agency of an overseas company, will remain within the charge to corporation tax on capital gains. Companies can, however, continue to transfer land within a corporate group on a no gain/no loss basis.

Individuals who are resident but not domiciled in the UK can continue to claim the remittance basis on any proceeds of the sale of foreign companies, even where the company is property-rich under these new rules.

Non-UK resident individual landowners will still be eligible to claim the annual exempt amount (currently £12,000) to reduce the amount of any gain subject to tax. Disposals of land by overseas pension schemes, sovereign wealth funds and charities will remain exempt from CGT.

What is the CGT charge on shares in property-rich companies?

Many UK estates and agricultural holdings are held by companies, some of which are incorporated overseas (most often where the ultimate owner or investor is non-UK resident). A sale of shares in an overseas company by a non-resident would not normally attract CGT. This has now changed. The following factors determine whether a disposal of shares in such companies will be subject to CGT.

If the share disposal is within the charge to CGT on the above basis, the entire disposal will attract tax, not just the proportion of value attributable to UK land.

Exceptions to the CGT charge on shares

There are two important exceptions to the CGT charge on disposals of shares in a property-rich company. Where they apply, a non-UK resident may dispose of their shares in a landowning company without incurring a CGT charge.

How much tax is payable?

The sweetener to the new measures for non-residents is that, where they apply, only any increase in value since April 2019 will be subject to tax.

The table below sets out the relevant CGT rates. It is important to note that disposal by a company can sometimes be attributed to an individual. The rates in brackets apply only to lower rate income tax payers.

Where a property disposal would already be taxable under 2015 non-resident CGT rules (because it is residential property), those rules will continue to apply and the rebasing will be calculated by reference to the 2015 value of the property in question.

Unless a non-resident individual is already registered for self-assessment in the UK, they must file a tax return within 30 days of the transaction and pay the tax due.

What action should be taken in the light of these changes?

Non-resident owners of UK land and estates within the remit of the new rules should obtain a market valuation of their property as at 6 April 2019. This will ensure that, following a disposal, the information required to calculate the tax charge is readily available. It is likely to be easier to obtain property valuations for 6 April 2019 now, than several years in the future. It is unfortunate that Brexit uncertainty may have kept values lower than they might otherwise have been, thus mitigating the effectiveness of this April 2019 rebasing.

Where agricultural or commercial property is held by an offshore company or trust, consider whether this arrangement continues to act as a shelter from IHT for non-UK domiciled individuals. Likewise, do shares in an offshore company remain protected from immediate tax because they are held by a shareholder claiming the remittance basis of taxation? If these arrangements still work, it is likely to be beneficial to keep the
offshore structure in place.

In other cases, a non-UK company or non-UK trust may no longer serve its original purpose and the vehicle could be brought onshore to the UK if that would reduce running costs and simplify the administration going forward. Onshoring would not affect the right to rebase the property or shares to the 6 April 2019 values.

If you require further information about anything covered in this briefing, please contact James Bromley or Charlotte Black, or your usual contact at the firm on +44 (0)20 3375 7000.