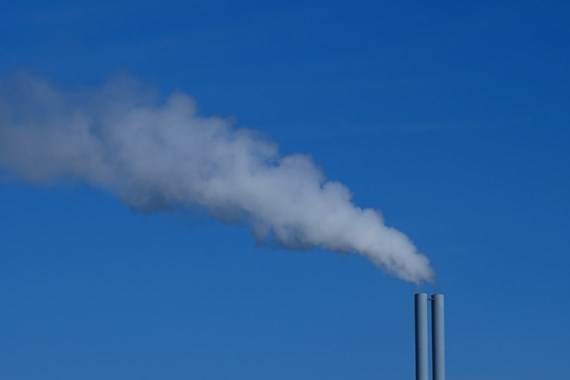 Air pollution has become a topical issue in the UK and for good reason. Scientific reports are regularly published highlighting the damaging impact on human health [1]. EU legislation seeks to address this issue, by requiring the UK Government to limit pollutants below a certain level by a specified deadline or, failing that, prepare a plan to achieve these limits “within the shortest possible time”. In July 2017, the Government prepared a national plan for “tackling roadside nitrogen dioxide concentrations” in the UK and “zone” plans containing air quality measures targeted at a regional level [2].

In Gladman Developments Ltd (“Gladman”) v the Secretary of State for Communities and Local Government and CPRE (Kent) [2019], the Court of Appeal considered the following questions:

Facts of the case: Gladman’s development considered to give rise to significant adverse effects on air quality

In 2014, Gladman applied to Swale Borough Council for two outline planning permissions. One outline application was for 330 homes and 60 units of extra care accommodation and the other for 140 homes and 60 units of extra care accommodation. Gladman appealed after the Council failed to determine the applications. A planning inspector dismissed both appeals because of adverse effects on landscape character and air quality. In relation to air quality, the Inspector concluded that vehicle emissions from the development would give rise to significant adverse impacts on human health in an area designated by the Council as having unacceptable levels of air pollution [3].

Gladman challenged the Inspector’s decision in the High Court, but the Judge dismissed the application. Gladman appealed to the Court of Appeal, who dismissed Gladman’s six grounds of appeal including two of the grounds which relate to questions 1 and 2 above.

The Inspector considered Gladman’s air quality analysis to be too optimistic as Gladman incorrectly assumed the Government’s air quality plans would dramatically reduce air pollution. The Court agreed with the Inspector as, without satisfactory evidence, he did not have to make a predictive judgment that local air quality would improve by a particular amount within a particular timeframe.

The Inspector considered that a financial contribution from Gladman to the Council would not reduce air pollution to acceptable levels. Although the financial contribution had been calculated in accordance with a Government “cost damage calculation”, Gladman did not demonstrate how the payment would translate into reduced air pollution. Again, the Court found the Inspector’s approach to be lawful.

A developer seeking to reduce predicted air pollution from their proposed development to an acceptable level should base their assumptions, and proposed mitigation, on robust, supporting evidence. Predictions on air quality levels without the development must be realistic and, without sufficient evidence, cannot assume the Government will meet their target deadlines. Furthermore, a local planning authority or Inspector is unlikely to look favourably on a development which makes these levels harder to achieve for the Government.

Mitigation measures, whether proposed by the developer or from another source (such as the Government), must be shown to be effective in reducing pollutant levels by for example, translating to less polluting and/or fewer vehicles on the road. For example, Gladman proposed an air quality mitigation measure for an unrelated development in Bewdley [4] which was accepted by an Inspector. This comprised a financial contribution of £950,000 for the provision of six Euro VI buses to serve routes in the affected area. The Inspector in this case accepted evidence that the buses would perform as predicted and improve air quality in the area.

The type of measures and level of evidence required to show that your proposals would lead to a reduction in air pollution depends on the particular characteristics of a development.

[1]See for example a Guardian article published on 17 May 2019 titled “Revealed: air pollution may be damaging ‘every organ in the body” which summarises a February 2019 global review by the Forum of International Respiratory Societies’ Environmental Committee.
[2]The Government prepared an air quality plan in 2011, which it has since revised in 2015 and 2017 after the Courts found the plans to be unlawful. In October 2018, the government published a supplement to the government's July 2017 air quality plan, following Client Earth's third successful judicial review challenge.
[3] An Air Quality Management Area designated under the Environment Act 1995.
[4]Appeal reference: APP/R1845/W/17/3173741 decision dated 14 March 2018.