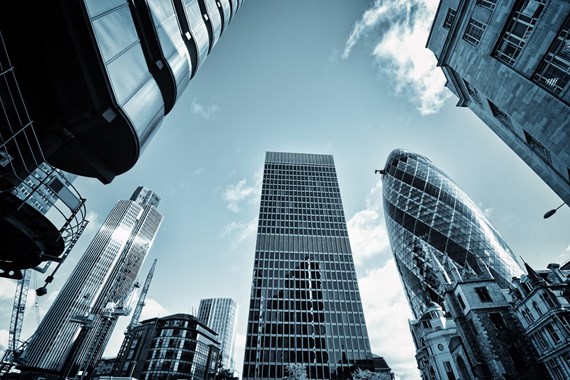 Service providers are having to adapt to monumental change driven by our evolving lifestyles and working practices.

It is perhaps crass to analyse commercial office trends alongside events of global magnitude, such as the destruction of the planet, but weaving through the recent climate protests on Waterloo Bridge, enjoying, with some guilt, the warmth of the unseasonal weather after a day’s toil in the office, that is exactly what this commercial real estate lawyer did.

Much has been written about the disruption of the traditional office letting market that is currently afoot. The demand for co-working space, increased occupier flexibility and dramatically enhanced amenities is forcing stakeholders throughout the real estate supply chain – landlords, brokers, investors and lawyers – to re-evaluate the services and products they offer. WeWork, the behemoth reportedly valued at over $40bn with a presence in over 30 countries, is very much the flagbearer for these profound market changes, and has become a lightning rod for admiration and criticism in equal measure. Although providers such as Regus and Servcorp have been around for many years, and new players are continuing to enter the market at an increasing rate, it is WeWork that is seen as the primary disrupter.

Some argue that the “traditional” commercial office market was long overdue a shake-up, with tenants and occupiers deserving to be treated more like valued customers. For too long, landlords had taken their occupants for granted, but the modern worker demands more – ultrafast gigabit broadband, a visually pleasing office environment, refreshments on tap, a reduction in the “frictions” that can adversely impact on the working day. WeWork, and to some extent the likes of Impact Hub, simply tapped into those requirements and exploited them quicker than others, and have continued to adapt. WeWork’s membership options -hot desks, dedicated desks, private offices and custom build-outs- cover the full spectrum of desired flexibility across its target market, from super-mobile freelancers grabbing two hours at a desk, to turnkey office solutions for start-ups and sophisticated, highly bespoke office customisation for larger, established businesses. In any case, by improving buildings and increasing footfall, much of which is attributable to affluent young members in the areas they establish premises, WeWork argues that it plays a significant role in placemaking, with building owners in the vicinity benefitting from higher valuations.

However, others argue that the WeWork model is unsustainable, that the cost of membership will have to increase significantly at some point to offset the massive costs that have fuelled the relentless growth, and to counteract the expiry of the company’s rent-free periods. Landlords have queried the company’s covenant strength, and some critics have even questioned the effect that the co-working environment has on productivity- citing increased distractions, loss of identity and a lack of supervision. Although scepticism and negativity is inevitable when a new player achieves prominence so quickly, such sentiment has gathered pace as WeWork and its competitors spread their tentacles into property ownership and the provision of agency services- some flexible office providers can refer a business to landlords if space in their own premises is unavailable or unsuitable. There is very much a sense that toes are being trodden on. Nevertheless, big players like British Land and Land Securities are jumping on the bandwagon and have created, or are in the process of creating, their own flexible office brands.

What does this mean for the real estate professional? The key, it would seem, is to be as nimble as possible in a changing and challenging market. Whether negotiating a “traditional”, longer term lease on behalf of a landlord, acting for a co-working space provider or representing a tenant in either of those situations, the modern practitioner must, more than ever, understand a client’s commercial objectives to ensure occupational arrangements are as closely aligned as possible to the client’s needs. This is particularly important in times of economic and political uncertainty, when a client’s ability to adapt to changing market conditions could be crucial to the success of its business.

This process of alignment could take many forms, but it is likely to touch on alternative break provisions and other more immediate termination rights, more flexible user terms, and alterations provisions that differ dramatically according to the nature of the space and the underlying commercial arrangement. Rent reviews may be increasingly linked to the performance of a business or the state of the economy, or jettisoned altogether in favour of predictable fixed uplifts, with a move away from the open market, upwards only mechanisms that continue to dominate the commercial market. Businesses have increasingly specific technological requirements that are fundamental to their operations. Any limitations in a building’s existing infrastructure, or the services that are to be provided by a landlord, will need to be highlighted. The law is adapting to keep pace with changes in technology, and leases and licences will need to keep up.

Large flexible office space providers often use homogenised licence agreements and are unlikely to accommodate many amendments. Nevertheless, clients taking space in such premises must be clearly advised as to what they will and will not be able to do with it, and their ability to share and exit such space. Some clients may have regulatory obligations that impact on their occupational arrangements, and the nature of some licence agreements may not meet the necessary requirements. The recent attempts by a tenant at going for a retrospective Brexit break may be part of a larger trend, and one that landlords need to protect against.

Where this all leaves our old friend the FRI lease, the gold standard of the investment market, remains to be seen. Changes in the ways that life works have already eroded the length of that darling of the institutional market, but could the threats presented by the disruptive forces of change result in an even greater reduction in its significance? That remains to be seen. So far, the interjecting of the disrupters into the lease structure has retained the veneer of normality, but this could be an unintended consequence of the new world order.

Real estate professionals are not driving the changes currently underway in the commercial market, but they must react to them – starting with understanding the different products in the market. An inability to evolve and adapt to change, whether driven by commercial or lifestyle requirements, is likely to prove fatal.

If you require further information about anything covered in this briefing note, please contact one of our commercial property lawyers, or your usual contact at the firm on +44 (0)20 3375 7000.