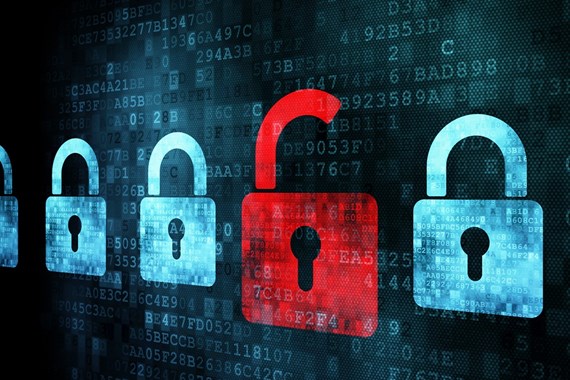 2021 was generally a bad year for Claimants pursuing data breach claims through the courts. The year ended with two further cases that continued to constrain the types of claims that can be brought and, perhaps more importantly, cast doubt on whether they are economically viable for Claimants and their lawyers to pursue. We highlight them below and explain where this leaves us as we progress through 2022.

Lloyd -v- Google was probably the stand-out case of the year, where the Supreme Court dealt a blow to the viability of collective redress for large groups of individuals seeking a remedy for misuse of their personal data and private information. See our article here.

However, claims brought by single individuals were also reigned in. We have reported before on Warren-v-DSG and Rolfe -v- Veale Wasbrough Vizards.

Now, two further decisions have added to the armoury of defendants seeking to fight off low value individual claims.

The Claimant sent a letter before claim ten months after the incident and then issued proceedings three months after that in the High Court Media and Communications List. The claim was for breach of the UK GDPR, negligence, breach of confidence and misuse of private information (MPI). Damages and an injunction were sought.

The Defendant applied for a strike out / summary judgment of the claim on the basis that even if liability were to be established then no or only very minimal damages would be likely to be awarded, making it disproportionate in terms of costs and resources for the proceedings to continue (the so-called “Jameel principle”, named after the defamation case which first established it). Alternatively, the Defendant said the infringements were so de minimis that a court should not allow the claim to proceed (the “de minimis principle”), citing prior case-law that a one-off accidental data breach that was quickly remedied should not attract any compensation.

The Claimant effectively conceded that the negligence claim could not be pursued. The Judge also struck out the claim for breach of confidence as it added nothing to the GDPR and MPI claims. The claim for an injunction was also struck out as there was no evidence of a risk that the incident would be repeated.

This left the claims for breach of GDPR and MPI. The Judge referred to prior case law that the application for strike out/summary judgment essentially turned on whether or not there is a court process that could be used in a proportionate way to determine a low value data breach claim like this. The Judge decided to transfer the GDPR and MPI claims to the County Court Small Claims track on the basis that it was not possible to determine without a full trial whether the Jameel or de minimis principles applied. In particular, the Judge took into account that there was a conflict of evidence about who did what and when to remedy the incident and whether the Claimant was kept informed, which in turn played into questions about whether the Claimant suffered compensable distress.

The second case was Johnson -v- Eastlight Community Homes Limited. It concerned information about the Claimant, a tenant of the Defendant, sent in error to another tenant. The information consisted of the name, address and rent payments made by the Claimant (described as non-sensitive and routine data by the court). On receipt of the information the other tenant immediately informed the Defendant about the error and was asked by the Defendant to delete the email. The incident took less than three hours to resolve. The incident was reported to the Information Commissioner’s Office, who decided to take no action. It was also reported to the Claimant.

The Claimant sent a letter before claim two months later and then issued proceedings four months after that in the High Court Media and Communications List. The claims were for Misuse of Private Information (MPI), breach of Article 8 of the European Convention on Human rights, breach of confidence, negligence, and breaches of the Data Protection Act 2018. The Claimant sought damages not exceeding £3,000 as well as an injunction to prevent a repetition of the incident. The Claimant estimated the total costs to the end of a trial at in excess of £50,000.

The Defendant applied for a strike out / summary judgment of the claim on the basis of the Jameel and de minimis principles referred to above.

The Claimant alleged distress based on her evidence that she had been in an abusive relationship and her former partner might now find out where she is living as a result of the data breach revealing her address. The Court treated this evidence with scepticism when viewed against the facts and that the Claimant had taken no steps to protect her identity or where she resided when bringing this claim.
The claim in negligence was withdrawn at the hearing when it was recognised that it was hopeless in light of the decision in Warren -v- DSG.

The court decided that the claims in breach of confidence, MPI and breach of Article 8 added nothing to the data protection claim, which was the focus of the case, and so those additional claims were struck out.
The Court followed previous case law and said that, contrary to the Claimant’s arguments, the de minimis principle and the Jameel principle apply to cases involving data protection breaches. As explained above, the Court treated the evidence of the Claimant’s distress with scepticism. However, by a “narrow margin” the Court was not persuaded to strike out the claim entirely, provided that it was heard in a court more appropriate to dealing with low value claims. Accordingly, the Court required the surviving data protection claim to be transferred to the County Court Small Claims Track. The Court went so far as to say that the commencement of the claim in the High Court had been a form of procedural abuse.

Taking all of these cases together, we can draw the following conclusions:

If you require further information about anything covered in this briefing, please contact Ian De Freitas, Kay Lubwika Bartlett or your usual contact at the firm on +44 (0)20 3375 7000.