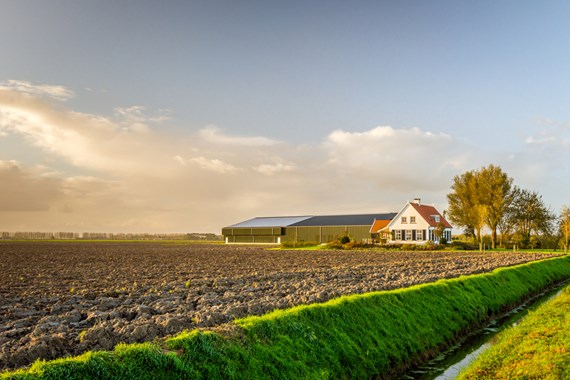 The government intends to phase out direct farm subsidy payments in England over the 7 year agricultural transition period between 2021-2027, but it is the plan to delink direct payments from the requirement to occupy land that will give landlords pause for thought and prompt them to consider the drafting of their FBT precedents.

Farming for the Future

The government’s policy paper, Farming for the Future, begins to flesh out the government’s skeleton proposals for delinking. It looks like the new scheme will entirely replace the existing Basic Payment Scheme (BPS) and will be mandatory for all farmers.  As the paper states:

“Once we have delinked payments, recipients will no longer have to farm in order to receive payments during the agricultural transition. There will be no need to have land or payment entitlements”.

The introduction of the new subsidy scheme will not be before 2022 and may well be later.

How will it work?

In a move familiar from the inception of other subsidy schemes in the past, eligibility for payments will be based on a farmer’s eligibility to make claims under the BPS in a previous reference period. The details of that reference period remain to be decided following consultation.

Farming for the Future is clear in its expectation that it will be tenants who claimed BPS payments during the reference period who will be eligible to receive the new delinked payments. Indeed, it is in part the desire to address the perception that BPS payments inflate farm rents that is one of the underlying purposes of delinking: “which removes the link between the value of the payment and [the] area of land for which it was previously claimed”. Another purpose is, of course, to facilitate the retirement of older farmers: the intention is that the delinked payments will continue if a farmer reduces operations or stops farming entirely.

The near certainty of the creation of a new subsidy regime, in the next few years, which no longer requires the recipient to occupy land, means landlords need to be looking at the drafting of the subsidy provisions in FBTs that are being granted now.

The definitional structure of subsidy provisions in existing precedents is likely to be predicated on occupation of the land by the tenant. The wording of these provisions may need to be reconsidered.

Very often, the contractual arrangement set out in a precedent will assume the existence of ‘Landlord’s Entitlements’: a right to receive payments under the BPS which is made available to the tenant for the period of the tenancy (and which the FBT may state the tenant holds ‘on trust’ for the landlord). The FBT is likely to include provisions for the return of this asset to the landlord at the termination of the tenancy (or its assignment to a nominee at the landlord’s discretion) for nil or nominal value. There may also be provision for compensation if statute intervenes to prevent this. Again, all this drafting will need to be reconsidered with the advent of a new subsidy scheme that awards replacement rights to previous recipients of BPS subsidy without any direct requirement for the occupation of land.

Decisions will need to be made now as to the extent to which FBTs seek to draft ‘against the grain’ of the direction of public policy. Well drafted FBTs will already contain clauses that seek to capture for the landlord replacement entitlements, under future subsidy schemes, which are allocated to a tenant without charge. Should these clauses be given up, or strengthened, in light of the likelihood that future legislation may contain anti-avoidance provisions?

Roll up! Roll up!

The government is also looking at offering tenants the right to roll up their direct payments (whether under the existing scheme or a new delinked regime) into one-off lump sums. Again, the hope is that this will enable farmers wishing to leave the industry to do so more easily, although whether the relatively insubstantial sums that are likely to be on offer will prove much of a stimulus is open to doubt. Another drafting point for landlords granting FBTs now is the extent to which a landlord might expect to have a part in that decision, especially for as long as Landlord’s Entitlements under the existing BPS remain linked to the land.

More generally, landlords must now look forward to a future where the asset on their books known as Landlord’s Entitlements is likely to convert overnight into an asset the tenant can roll up into a capital sum.

Drafting in the dark

With so much detail undecided, those drafting new FBTs will to some extent be ‘drafting in the dark’. Much remains opaque, including how land management and husbandry standards will be enforced if tenants have retired but continue to receive payments or have rolled them up. As in the past, when practitioners have drafted in the face of uncertainty about the shape of future EU legislation, the best course is to be clear about the intentions of the parties and to draft widely to capture different possible outcomes.

If you require further information about anything covered in this briefing, please contact James Maxwell or your usual contact at the firm on +44 (0)20 3375 7000.